Cubswatch 2016: And THAT Makes Three! Last night, the Giants beat the Cubs in 13 innings to stay alive in the NLDS.  Tonight, they were ahead 5-2 in the 9th inning, at home, with their closer coming in.

And then magic occurred. 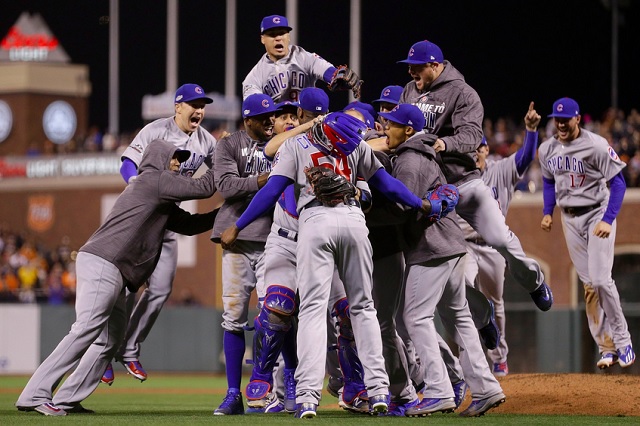 The Cubs scored four runs in the top of the 9th, their closer, Aroldis Chapman, came in and struck out the side, and not one pitch was below 100mph.  Next up is the winner of the Dodgers / Nationals series.  The NLCS starts Saturday.  Three down, eight to go. 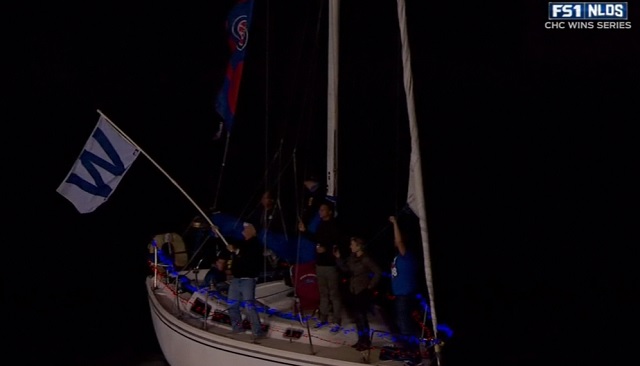 1 That was amazing.  It was like watching Texas before the batteries wore out.
I'm betting on Nationals, because they deserve it, and because I want to see L.A. fire everyone again and spend a ton of money on mediocre free agents while wondering why they can't buy a championship.

2 I don't want to say I expected that rally, but this team has been doing stuff like that all year.  Not, it must be admitted, in circumstances like that.  I've either listened to or watched somewhere around 140 Cubs games this season, and there were only a couple of times I thought they wouldn't win... and those were blowouts.

These guys... they're good.

3 I'm your friend, listen to me. They're going to break your heart. You know they are!

4 Meanwhile, here in Mudville, there's a lot of buzz about a housecleaning in the  Giants bullpen that sweeps it clean of its World Series veterans.

Somewhere I read a claim that they set one of those records nobody wants: the most blown saves  by a team that made it into the postseason* anyway.

* And even that comes with the official punctuation mark of Major League Baseball, the asterisk:  they got to the playoffs by the skin of their teeth, in the wild-card era, and didn't get far.

5 Unka Ad, 32 blown saves if you include Monday's implosion.  The Cubs only lost 58 games all year.