Ask Wonderduck (Almost) Anything, The 2013 Edition! I've done this twice before, and it's been amusing both times, so let's do it again!  It's time for the third installment of Ask Wonderduck (Almost) Anything!  Here's how this thing works... you ask a question, and I'll answer it!  It's just that simple!  But wait, great news!  The best question (in my opinion) will get a full-length post devoted to the answer!

There are a few questions I won't answer: anything related to current politics or religion.  I started The Pond lo these many years ago in an attempt to get away from political or religious squabbles, and to this day I've pretty much managed to stay clear of those things.  There are plenty of people out there who write about those topics and do so in ways I couldn't even hope to approach, so go read them for answers to those questions.  If you DO ask me a question related to such topics, please expect to be mocked horribly.

Now, if you ask me a technical question ("How do I install a V12 engine into a Smart Fortwo?"), I'll do my best to answer it, but you use said answer at your own risk.  And take pictures, please, for the sake of posterity.  And humor.

So, without further ado: Ask Wonderduck (Almost) Anything! 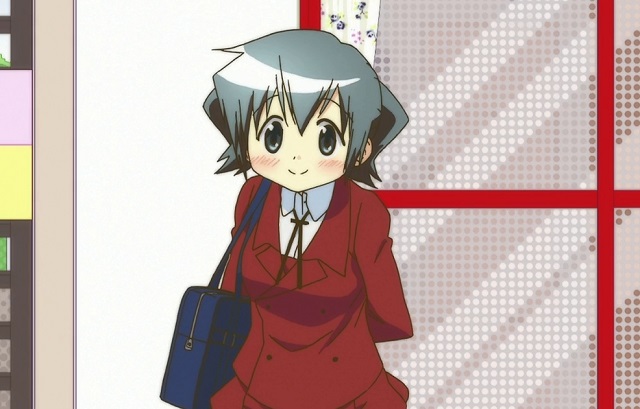 3 Twisting that theme a bit.. if you were in charge of setting up an anime de-programming video (as in A Clockwork Orange), what would be shown to the poor subject?

4 How's this one - if you could push through any rules changes in F1 that you wanted, what would you do?

5 It'd be highly entertaining seeing a V12 shoehorned into a fortwo.  Reminds me of a line in one of the old Star Wars books about putting a dormer on the Falcon to fit something.
I used to own a Geo Metro with a 3cyl 1.0L engine.  We always thought it'd be funny to drop a V6 in it, but figured that if you did and floored it, the engine and front wheels would tear right off the frame, cartoon-like.

6 I saw a youtube video some time ago on the subject of "how to get a Smart FourTwo to do the 1/4 mile in 15 seconds."  And the answer was to put in on a trailer behind a performance pickup that would normally do it in 10 or so..
Much easier than trying to retrofit a V12 into the Smart FourTwo

Who is the greatest f1 driver of all time?

What is the best fighter of ww2?

What was the most important ship in Pacific in ww2?

Military blunders are always talked about. But what is the best single maneuver/action/stratagem of pacific war?

You watch a lot of anime. Ever watched Moomin? Is it counted as anime?

8 Avatar, the one rule change I'd push through would be removing Ferrari's two bonuses: they get a percentage of the annual prize moneys BEFORE they're divvied up between teams, and they get veto power over any proposed rule change.  They deserve neither of these anymore.

If I got another rules change, I'd remove most of the engine restrictions.  Want a W12 engine?  Go for it!  Think of a way to stick a rotary engine in the back of a Caterham?  Okay in my F1 world!  The only limit would be that it would require pistons: no jet engines.

1) The BBC lists the best as Ayrton Senna, followed by St Fangio the Quick and Jimmy Clark.  You could choose any of those three as "the best" and I wouldn't argue with you.  Ph.Duck's favorite is Clark, so I'll go with that today... catch me in a good mood, though, and I'm prone to say Zsolt Baumgartner.

2) I still intend to finish my "Best Fighter" posts, so I'm not answering this... yet.

4) Sho-Go 1.  In sports terms, the Japanese Navy faked Admiral Halsey out of his jockstrap and put themselves in position to just slaughter the Philippines landing forces.  That Admiral Kurita peed the chance right down his leg should take nothing away from the effective strategy that put him there.

Was there ever an anime that made you angry at having sat and watched through the entirety of it?  Note that this does not include any anime you just gave up part way through.

12 CXT, yes, the original Evangelion.  Those last two episodes basically made the preceding 24 worthless... which really pissed me off.

13 You know, I devoted half a review to Dokuro-chan....
(I'm still writing reviews, although I don't think anyone's noticed.)

My question is, when they run cute duckling pictures on iCanHazCheeseburger's RSS feed (which I view on LiveJournal) do you want to be forwarded a link?  Or is it only rubber ducks?

Oh, and I did see some videos about stuffing a 1000 cc Honda Motorcycle engine in a Smart4Two, which apparently does turn it into a wee beast.

14 > Mauser - That would be the Smart Diablo with a 1-liter Suzuki Hayabusa from the GSXR sport bike.  If you look on YouTube, there's a video of the Smart Diablo smoking a Ferrari 430 in the quarter mile.

15 From the Hero Ship post - why is HMS Ark Royal "the greatest name for a ship ever?"

If the two Akrons had not gone down by the mid-1930s, but radar development had run as normal, would production ZRSs (Independences to the Akron's Ranger) have had a significant role in the Pacific war?

What is the most significant engagement that gets the least written about it in the Pacific war (the un-Midway, so to speak)?

2) No, I don't think so.  Oh, perhaps as sub hunters, sure, but I just don't see much advantage otherwise to something as fragile as a zeppelin/blimp/whatever in wartime.

3) The Kokoda Trail.  Epic stuff, rarely written about here in the States.

Ari: because Minardi was the greatest team ever, Zsolt Is God, and Takuma Sato is his prophet.

20 Do you have an opinion on Last Exile?

22 As a fan of WWII naval ships, do you plan on watching Arpeggio of Blue Steel or the KanColle anime?

23 Blue Steel, no.  I watched the first couple of episodes, and decided the premise was too stupid for me to stand.

KanColle, on the other hand, I'm very much looking forward to.  No, I can't tell you the difference between the two series, and no, that doesn't bother me.

24 I haven't seen it yet, so can you say what the problems with the premise were? (Blue Steel seems to going for straight SF, while KanColle seems to be more comedic.)