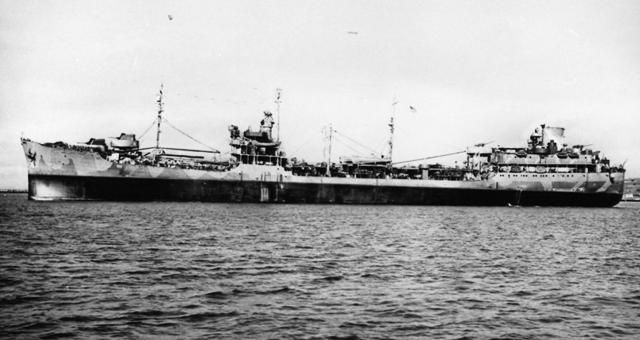 Of course, only the truly hardcore historians pay attention to support vessels.  Yet nowhere in WWII was the ability to supply the forces more important than in the vast empty spaces of the Pacific.  Consider this: the distance between Berlin and Moscow is just over 1000 miles.  Between the Philippines and Pearl Harbor, however, lay a distance nearly four and a half times greater.  The trip between Honolulu and Tokyo is almost 4000 miles.

The USS Cimmaron (AO-22) was the namesake of the 21-strong fleet replenishment oiler type.  Based on the T-3 hull, which has previously been discussed as the basis for the best of the jeep carriers, unloaded the Cimmaron only weighed about 7500 tons.  When she was carrying over 100,000 barrels of Bunker C fuel oil and avgas though, she tipped the scales at around 25000 tons... nearly as much as a Yorktown-class carrier at full load. 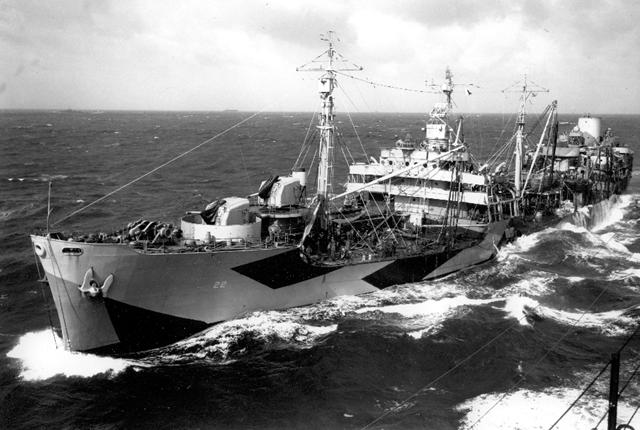 The Cimmaron herself was put into service in March of 1939, served briefly in the Atlantic, and permanently transferred to the Pacific on April 1st, 1942.  As previously mentioned, she provided fuel for carriers, cruisers, destroyers and battleships at just about every major battle until the end of WWII.  Post-war, Japanese admirals and high ranking naval personnel were interviewed by the victors, and asked what was the big difference between the two navies?  To a man they replied that, other than the obvious manufacturing imbalance, it was the ability to keep large fleets at sea for extended periods of time.  The Cimmaron and her sisters, ships like the Neosho (the only war casualty of the type, sunk at the Coral Sea), and Chemung, the Sabine and Kaskaskia, were the primary reason ships like the Enterprise and the Saratoga and the Essex- and Independence-class carriers, and the dozens of destroyers and cruisers, were able to stay topped off as they went to work.  She was honored with a place in Tokyo Bay alongside the Missouri and the other combatants when the Japanese signed the Instrument of Surrender. 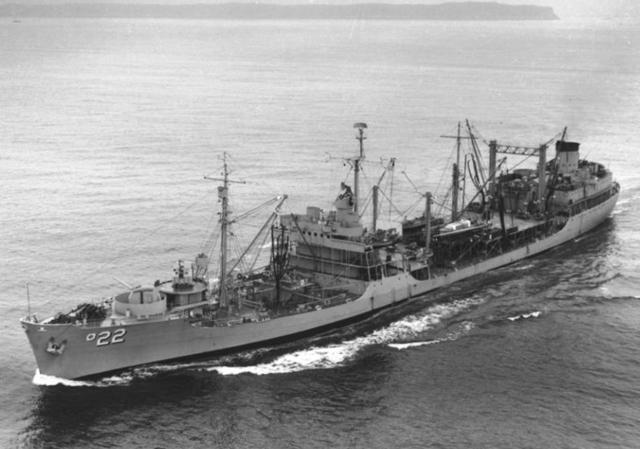 But the end of WWII did not mean the end of the Cimmaron's life.  After earning 10 battle stars in the Pacific War, she went on to earn another seven during the Korean War, and four campaign stars in Vietnam.  In September 1968, she was the oldest ship in continuous active service in the US Navy, when she was sideswiped by the USS Hornet (CV-12) as she approached for an underway replenishment.  The damage from this accident was enough to make repairs uneconomical, and she was struck from the Navy List the next month.  She was sold for scrap in 1969.

Without firing a shot, the Cimmaron and other T-3 oilers surely shortened the Pacific War.  If there is a better definition of a 'hero ship', I don't know what it would be.