When Anime & Formula 1 Collide... So I was watching the series Rozen Maiden tonight, and while I'm unsure how I feel about it, I did notice something that set me to laughing.

It appears that the main character, Jun, is something of a F1 fan!  For instance: 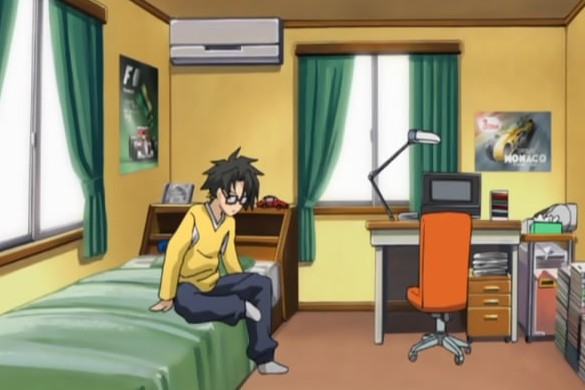 -Rozen Maiden, ep03
Please notice the poster directly above his bed.  Here's a better look at it: 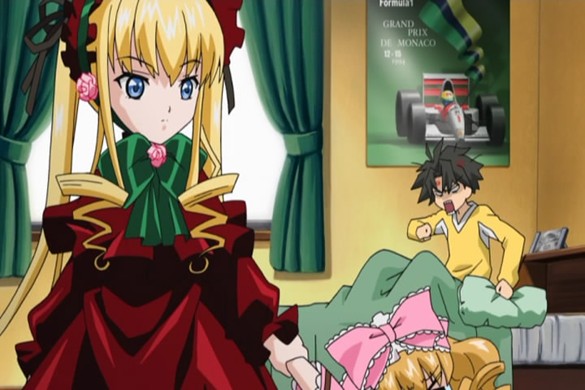 While you can't see it too clearly in either shot, the poster shows the year of the race as being 1994.  So, I looked up the poster for the actual 1994 Grand Prix of Monaco: 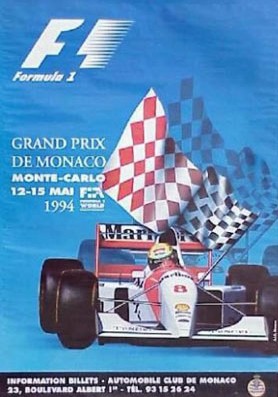 Okay, sure, they changed the colors, probably for copyright reasons, but no question about it: that's the same poster.  And, in case you're wondering, that's Ayrton Senna's 1993 McLaren MP4-8 featured.  Unfortunately, Senna didn't drive in the 1994 Monaco GP, since he was killed in that terrible weekend in San Marino... the race before Monaco.

1 Your first pic also has ANOTHER Monaco poster over the computer. ;p

I went back through the Yakitate Ja-pan manga over the weekend, and F1 is actually involved in the plot for that one. The Chin even makes an appearance...

2 Yakitate Ja-pan?  Never heard of it, but I'll be looking now.

3 It's a bread-baking shonen anime. Tremendously bad puns. Highly recommended, despite the topic. (F1 only shows up because they spend some time in Monaco for a bread tournament... but they included The Chin.)