Unsurprising Surprise Okay, I've managed to compose my thoughts enough to explain just exactly what's going on over on this side of the screen.  To whit:

Monday afternoon, the Regional Manager stopped into the Duck U Bookstore, asked me casual questions about how the renovations to the building were coming, then fired me.  While I wasn't expecting it to occur, particularly after attending the regional meeting last week, long time readers of The Pond know that I've been living with a metaphorical sword over my head for the past year.  That took a lot of the terror out of it when it finally happened.  It also was good that he was at least polite about it: none of that "get out, we'll box and ship your stuff," he let me pack up the collected rubber ducks, emergency tie, cell-phone speakers, bag o' coal, that sorta thing.  And then I left my place of employ for the past ten years, drove home, and took a nap.

I'll admit, I'm not exactly heartbroken.  Oh, sure, I'm unemployed in a rather poor economy, and that's not exactly woo-hoo-making, but we're talking about a job that hasn't let me take a real vacation since December 2011, and has required me to work 10-12 hours daily for the past year, including most Saturdays.  I think, and I say this with no hyperbole, that the job was legitimately killing me.  So I haven't done much of anything, and nothing of any redeeming value to society, since Monday afternoon.

I'm okay with that.  Oh, I met some great people over the 10 years I was there... students, faculty and staff alike, not to mention people from the company... and I'll miss them, surely.  But I thought it would hurt more to lose this job... after all, it's the longest I've ever been at one place by years.  However, there's been no more work nightmares, no more waking up at 3am to mull over something that happened the previous day at work, and this is most important, I can actually relax for the first time in almost exactly a year.  And now, it's time for something new. 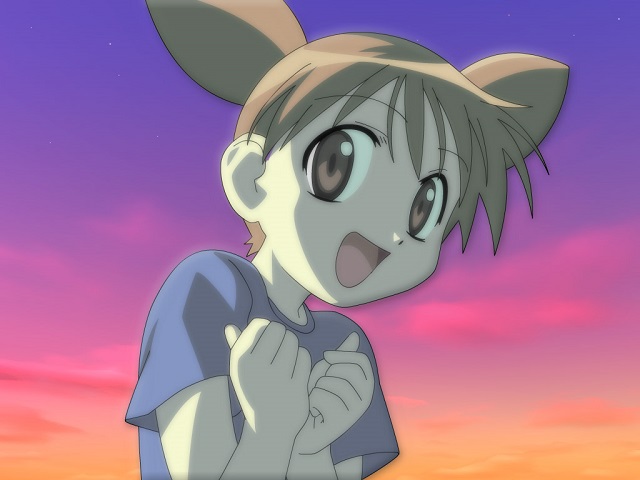 2 The 7/8ths of me that's Mr Pessimism says "there isn't a bright side, not really."

It's just that one glowing sliver of Mr Happy Optimism is doing the work of a thousand white-hot suns at the moment.  When IF he gets tired, the fall will be impressive indeed.

4 All those series you wanted to re-watch...

5 Seriously, Mr Happy Optimism isn't wrong.  About three years ago, I had a job that I was slowly coming to hate more and more each day, but I didn't quit because it was stability and the money was good enough.  Getting fired from that job was the best thing that ever happened to me.  It took some time, but now I have a job that I genuinely enjoy, with better pay, and my only regret is that I didn't make the move sooner.  So anyway, based on empirical data, I'd say you have good reason to be optimistic.

6 With a little luck you'll find a significant portion of your depression was due to the job itself.
I hope you gave him an earful[1]--from what you've said, it sounds like a good hunk of the problems were higher management's fault, including not getting you sufficient underlings.
[1]I don't mean swearing/insults/etc, just feedback as to all the stuff they did wrong.

7 That's terrible, but it's also good.  Speaking as someone who once had a job that was killing him, and who got fired from it, it's going to be a plus/minus thing.

I still miss the paycheck.  The pointy-haired boss, not so much.

But you're smart and hardworking and you'll find a better job.

If you need anything, even if that's a "please don't", just say the word.

Relax and de-stress first. You don't want to take TOO long at it, but you definitely need to re-center your mind & body before tackling the next phase.

9 Seriously, those were not the kind of hours that are good for you unless you have something else to make up for it (like being an entrepreneur with total control). You are well out of it. My only question is whether they have another victim on tap, or they're closing the store.

You know, this would be a good time to go camping in a mild way, or take a day trip to some outdoorsy place like a lake. It sounds like you need to build your head/body health back up, and playing outdoors a bit would be good for you. Also, going to public parks, etc. is cheap fun already paid by your taxes, so that's relaxing.

Also, if you have any creative projects sitting back in the trunk, now is the perfect time to self-publish as well as job-hunt. Work hard, but don't re-exhaust yourself!

10 You're far better off, Duck - they'd already decided that they weren't going to give you the minimum resources that you needed to do the job right, so let someone else push that boulder up the hill. With your work ethic, the next employer in line will be bloody glad to have you. (Hell, if you were in Dallas, I'd try to snap you up for our company...)

11 My sympathies on the job loss.  I'm sure it will work out for the better.

I'm sure you have thought of this, but you should be eligible for unemployment.  If so, and you haven't done so, you should file for those benefits as soon as possible.

My thoughts are with you. I think it would be presumptuous of me to say "This will turn out to be a good thing" or anything like that. I am not in a position to say such things.

But I do know this job has been making you miserable and affecting your health, so it's hard for me to believe that any new job you might find could be anything but an improvement. I hope it's soon!