TGB S16E03 Those of you with a good memory might have remembered that two weeks ago, I began a series entitled TGB, standing for "Top Gear Babe".  In that post, I said that the producers intentionally stock the front row of audience with at least one strikingly good looking woman during the Star in a Reasonably Priced Car and News segments.  I have since discovered that someone at Top Gear reads The Pond, because in S16E02... they didn't.  Not once.  Ha ha, good joke lads.

Fortunately for me, they reverted to trend this week... in fact, they did so in spades.  So much so that I had something of a quandary on my hands.  But first, I'm going to award a Dishonorable Mention... to this woman: 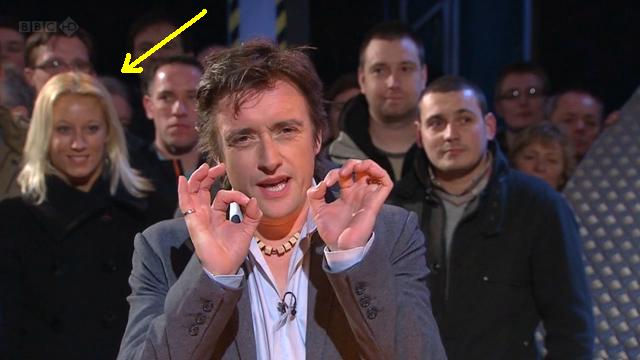 Under normal circumstances, she would have been the winner.  However, she somehow managed to get in shot for three different segments (twice with jacket on, once with it off), something entirely unheard of.  I figure that she must be the girlfriend of someone on the TG crew.  If you apply "Cool Wall" rules to this situation, she would have to go into the "seriously uncool" section... after all, if one of the presenters actually owns the car being considered for the Cool Wall, it automatically is "seriously uncool."  So, no award for you, young lady. 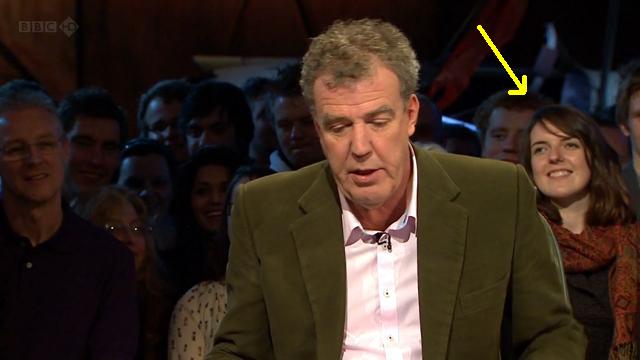 This lass appeared during the Star in a Reasonably Priced Car segment, and I couldn't take my eyes off of her... perhaps because she's as well lighted as Clarkson.  Has anybody on TG ever learned how to focus a lighting instrument?  Again, under normal circumstances, she's be the winner.  But this was no ordinary week.  No, this time around I had no option but to give the award to... 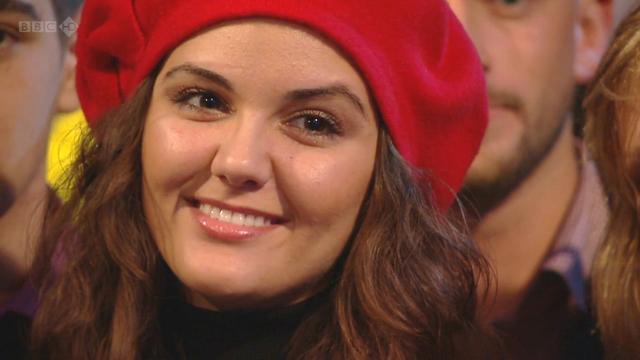 ...this young woman from Albania.  Since the guys were doing their car comparison in Albania, this seems to be completely appropriate.  I hear she likes cars...