TGB S16E01 Over the past few years, I have watched dozens of episodes of the British motoring show Top Gear.  I can't say how many exactly, but I do believe I've seen every episode since Season 7.  Each season tends to be somewhere between six and eight episodes long, plus one or two specials each calendar year.  One thing I've noticed (and been amused by) during the viewing of all of these shows is that, during the News and the Star In A Reasonably Priced Car segments, the producer tends to put at least one very good looking woman in the front row, in clear camera shot.  I've come to call this young lady the "Top Gear Babe," or TGB.

To show the producer that their efforts are not unappreciated, I've decided that for the 16th season, which began today, I'm going to post the TGB after I've watched the episode.  Without further ado, here's is Season 16, Episode 01's TGB! 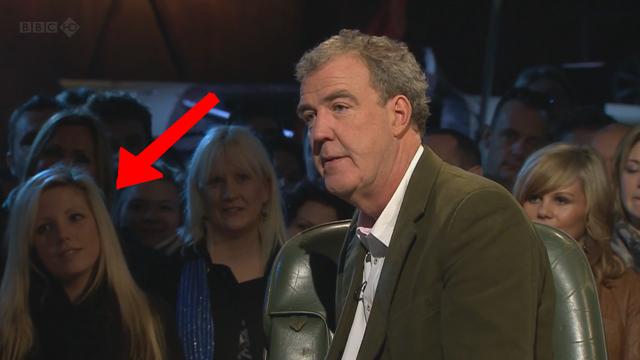 At the end of the season, I might decide to crown a TGB Queen.  We'll see how it goes, and if I remember.

1 hahahaha... this is a GREAT show with a huge budget.... actually the BEST auto enthusiast show by about a mile or two... counting the days to F1 2011... Wonderduck, have you tried the F1 2010 official video game? What a phenomenal way of getting familiarized with the circuits. Highly recommended.

2 I tried to get tickets for the filming of TG a few years ago, and was told they only gave them out in pairs (1 male 1 female) as they don't want the audience to be just men.