Stormageddon 2015: One Week Later Seven days ago, the area around Duckford and Pond Central suffered through a series of severe storms.  More and more information regarding them, and the damaged caused, has been coming out over the past few days.  The National Weather Service has confirmed a total of seven tornadoes hit the area, three of which were "satellite tornadoes" from the big EF-4 that did most of the damage. 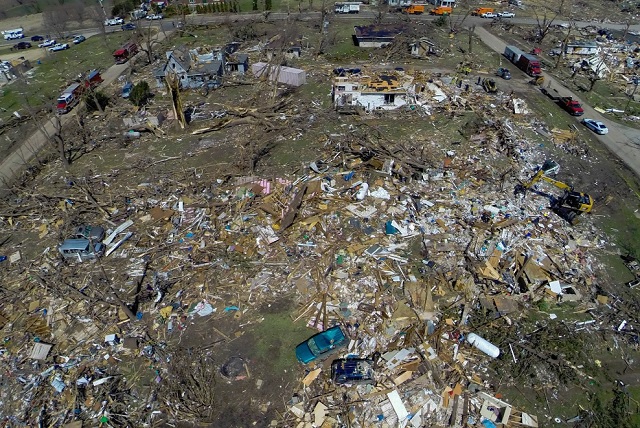 The one my neighbors and I saw was classified as an EF-0, did no real damage, and had winds around 70mph.  I've actually experienced stronger straight-line gusts.  I can only assume it was picked on at tornado school.  I jest, of course.  Of the seven tornadoes confirmed, six were either EF-0 or EF-1 in strength. 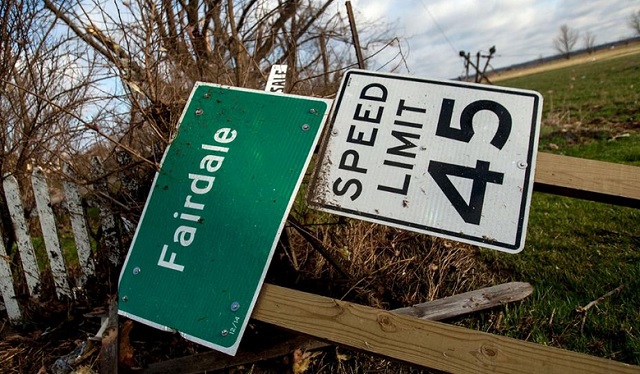 Residents were allowed back into Fairdale a few days after the tornado hit, to recover what they could.  Not everybody from Fairdale has been accounted for even now, though it's believed all the victims have been found.  The death toll still sits at two.  Again, that could have been so much worse. 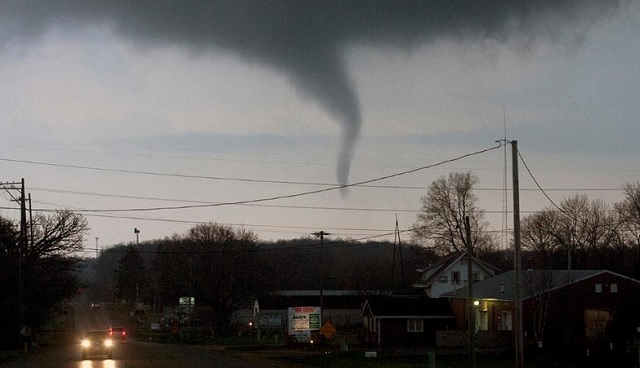 This picture is particularly exciting for me, as it's the first one I've seen that can be recognized as of the tornado that was forming behind Pond Central.  For anybody curious, that's South Perryville Road, and the L-shaped object on a pole in the middle distance is the emergency siren for the area.  That pole is at the intersection of S Perryville and the street my apartment complex is on.  Pond Central would be about a mile, mile and a half, to the right of this picture.  About a half-mile to the right is the site of the Bad Day In Duckford.

Other than all that, however?  Life continues on unabated, as it always does for those not directly affected by disasters.  Something about that feels... wrong, somehow.

1 Since you're out of work, maybe you can volunteer with one of the cleanup or continuing-help groups? Heck, it's probably good for networking too.

Actually, in situations like this where the damage is severe but localized, volunteers are usually worse than useless. The pro's don't want them because they get in the way and are liable to get hurt.

Volunteers are only really welcome in situations where the damage is so widespread that the pro's are overwhemed by it.

3 Well, I wasn't thinking "deconstruction and cleanup." I was thinking more of a "go down to the church basement and help sort giveaway stuff into boxes."

4 There was a fundraiser a few days ago put on by one of the TV stations that got $25000 for the affected.  The two counties affected by the tornado are both state disaster areas.  Oddly, I've not seen much in the way of donation requests for supplies.  Maybe in "other media", but I've not noticed any via the web or radio.