Stormageddon 2015: The Next Day (UPDATE @ 4pm: the National Weather Serviceis saying that the Fairdale tornado was EF-4 in strength.  That equates to winds between 166-204mph, with "well-constructed houses and whole frame houses completely leveled; cars thrown and small missiles generated."  It's considered "devastating damage".  The only realistic step above that, EF-5, basically means everything smaller than highrises are scoured to the ground, cars are thrown the length of a football field, that sort of thing.  Though I wasn't aware of it, there's a step above EF-5, called "EF-No Rating".  Winds measure from 319mph up to the speed of sound.  Damage level for those is "literally inconceivable.")

(UPDATE @ 1017pm: I just learned that a second person was killed in Fairdale, the next-door neighbor of the first fatality.)

Authorities are still trying to account for everybody from Fairdale, including people who may not have been home when the storm hit.  As you can imagine, that's taking a while.  It makes sense when you see this picture: 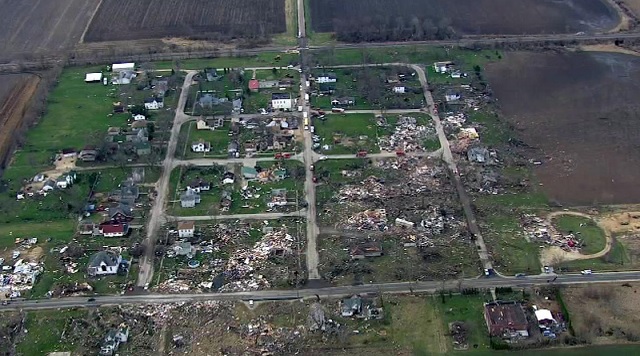 This is looking south at the hamlet.  If you compare it to the satellite shot in the previous post, imagine the camera is the yellow arrow and you've got the correct orientation.

The confirmed injury list grew to 11 people overnight, but thankfully the death toll has stayed at one.  That doesn't include the minor scrapes and bruises suffered by a dozen people trapped in the basement of a Rochelle restaurant when it collapsed. 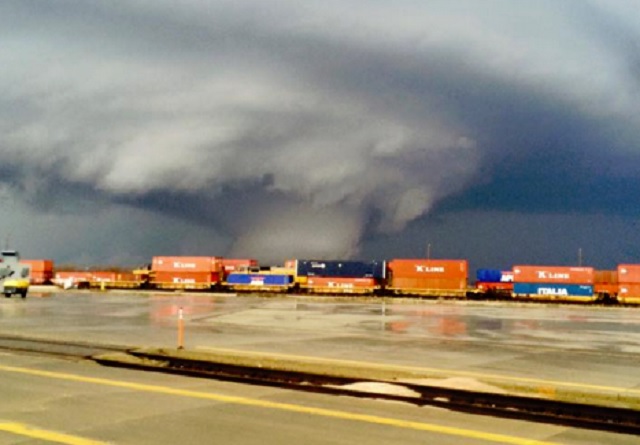 The UP intermodal yard had a close call, but escaped undamaged.  As one of the main staging hubs for the railroad in the Chicago area, and thus the entire midwest, a direct hit could have been catastrophic for rail traffic across the entire country.

On the whole, Northern Illinois probably has to consider itself lucky. 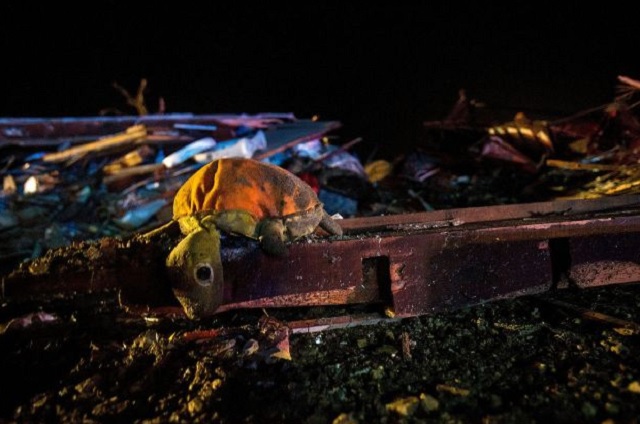 That first picture is really horrifying. You can see the track of the tornado as it moved through the town.

The astoundingly low casualty rate is testament to the effectiveness of the early warning system that's in place now.

2 On Thursday the 9th I was already trekking down south from Akron, OH, having figured that I don't want to return the way I came through Illinois, after hearing the twister sirens for the first time the day before. Lucky call. By midday I left all the nastiness far to the north and arrived in Bowling Green, KY.