Rubens Is A Happy Man No, not because Slappy got hit with a penalty for his ridiculous blocking maneuver in the Hungarian Grand Prix.  No, it's because he was the fastest F1 driver around Top Gear's test track in the "F1 Star in a Reasonably Priced Car" segment a couple of weeks ago.

How happy is he?  He went out and had a t-shirt made. 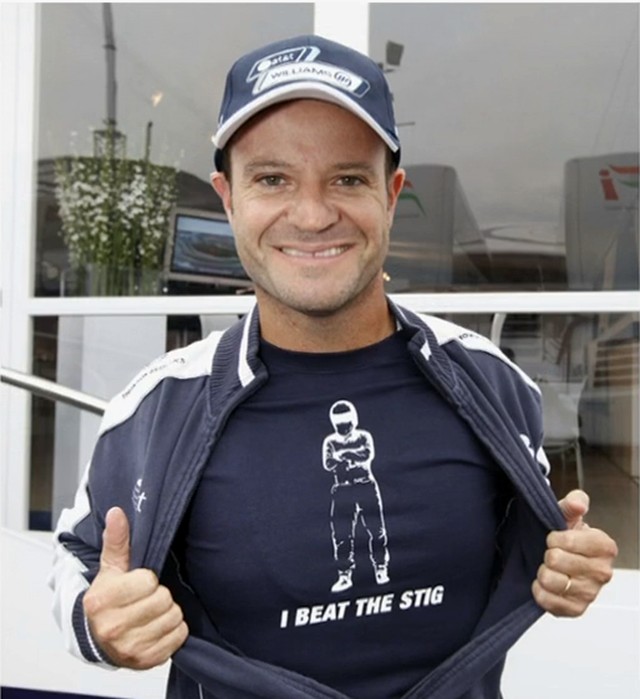 That's cool enough right there, but it gets better.  He also had t-shirts made for all the other F1 drivers who have been on Top Gear.  Drivers like Lewis Hamilton, Mark Webber, Jenson Button, and I presume Michael Schumacher all got their t-shirt: 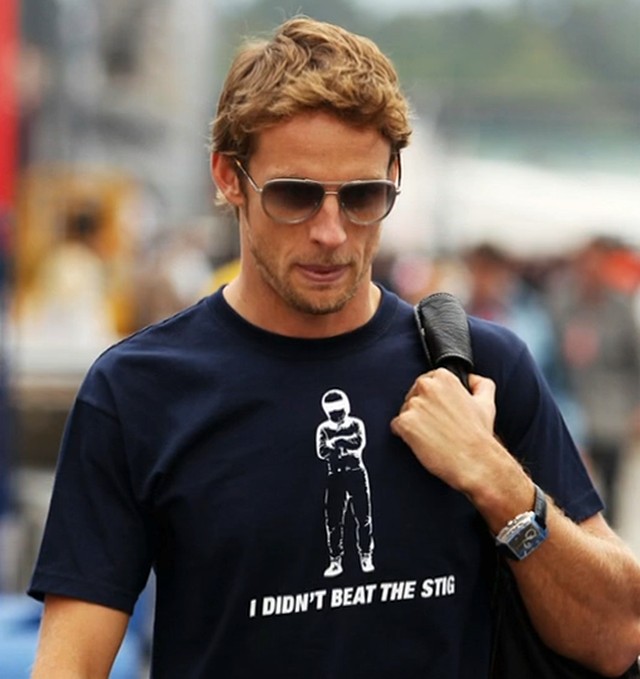 Jeremy Clarkson, one of the three hosts for Top Gear, had the line of the night.  "What do you think HWMNBN's t-shirt says?  'I made Felipe Massa give me this t-shirt'?"

1 I would settle even for the 2nd shirt.

2 The new Reasonably Priced Car seems to run faster than the old... The fastest lap in the Kia is faster than Rubens...

3 Well, the Liana, which is what the F1 drivers use, is fairly old and has been driven hard and put up wet, to say the least.