F1 Pr0n: Williams FW31 + Renault R29! Two rollouts today, both so low-key that pictures are really thin on the ground.  How scarce?  Williams posted renderings of their car on their website, that's how scarce!  Well, let's take a look, shall we? 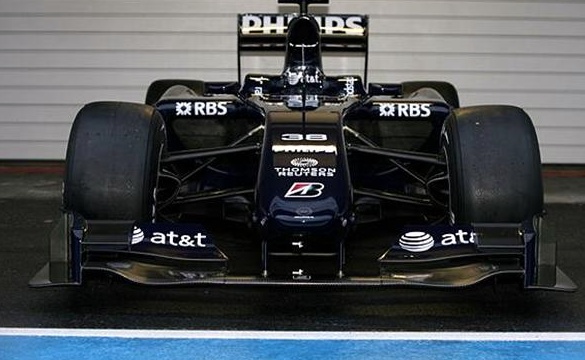 Okay, not a rendering, granted.  It's also the only decent photo of the Williams FW31 available.  As much as I like the color scheme, it won't stay that way for the season, alas.  Now for a rendering... 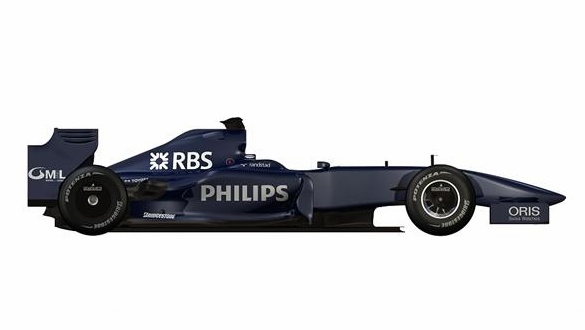 I'm not surprised that Renault's rollout was quiet.  Rumors are that they're having problems coming to grips with the new rules, and of course there's that little thing about failing their crash tests. 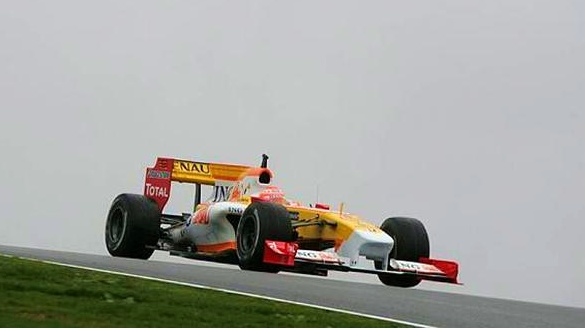 It doesn't help that the car's color scheme is ugly as sin. 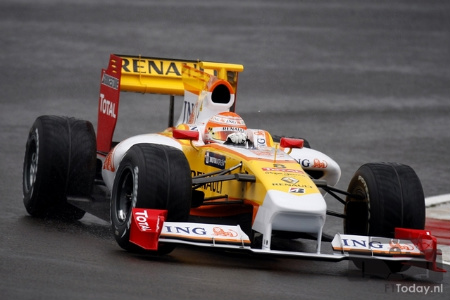 One interesting thing here, though... that nose is chunky as hell.  Compared with the Toyota, it looks like it's twice as wide and thick!  Maybe a reaction to the crash tests?  Maybe it was a front crash it failed?

Softcore F1 Pr0n today, I guess.  Coming Tuesday, however, we've got BMW's, and THAT is gonna be hot stuff... I hope.