F1 And Anime Come Together Again Over at Reddit today, someone posted a picture of one of the ways the 2014 Grand Prix of Japan is being promoted.  It generally met with disgust, but a few of us were honestly thrilled.  Here's the picture tweeted by Taki Inoue, the reigning clown prince of the F1 world. 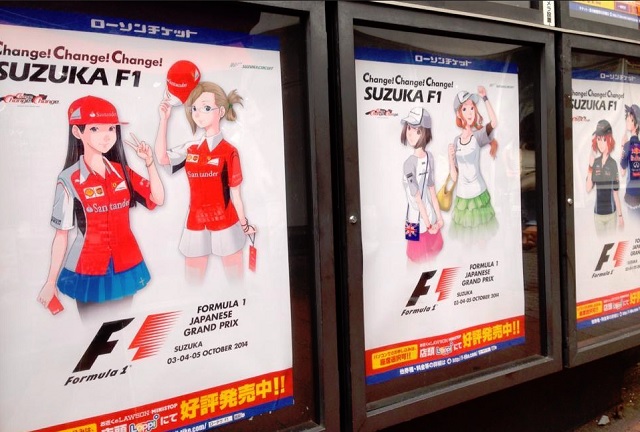 Inoue was less than happy with these, going so far as to state in his tweet that "this is the way Japan understands F1."  I think Mr Inoue knows better. Though to be fair, the Japanese people did support him when he was a driver, so maybe not.

More and bigger pictures below... you KNOW you want to click "more." 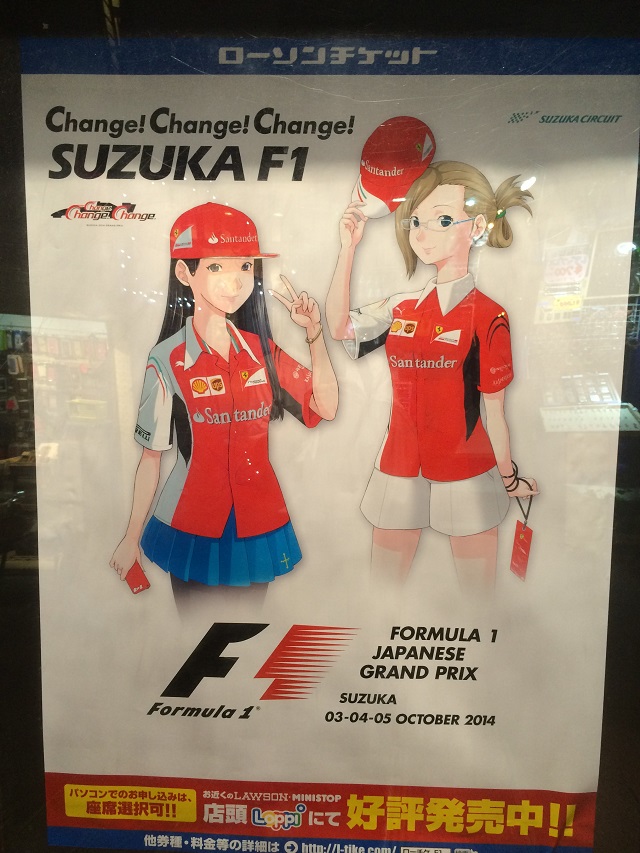 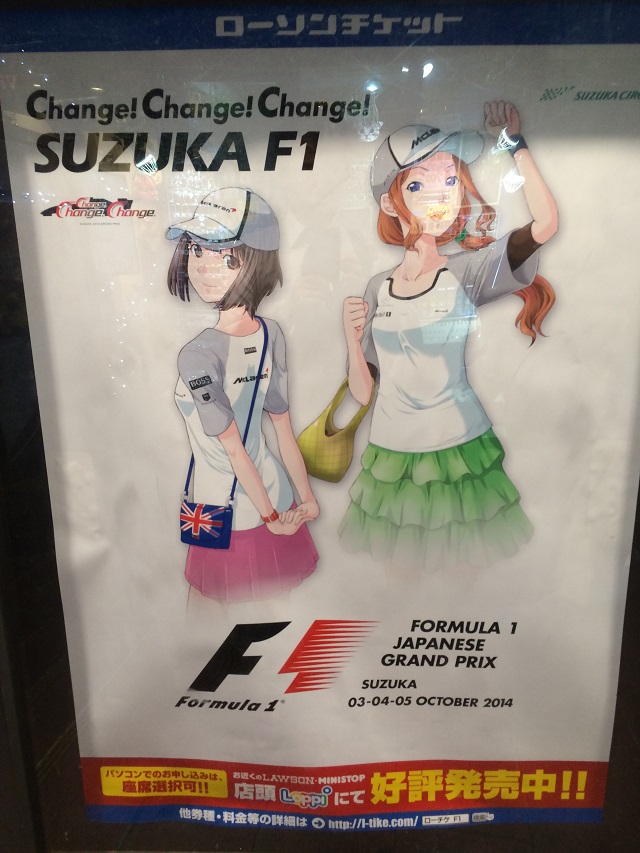 It took me a short second to realize we're looking at genderswapped versions of the team drivers.  The McLaren boys are kinda off... neither have those haircolors... but HWMNBN and Kimi for Ferrari, and 4Time and Ricciardo for Red Bull are pretty obvious.

Seriously.  I want these.  If there were rubber ducks in them, I'd quit blogging the moment they came into my possession, as my life's work would be fulfilled.

1 Thanks, Duck, these made my night. I'm still giggling, the IRC anime and F1 fans got a big laugh too.

2 And Lewis Hamilton is played by the deeply tanned girl from Osaka....

3 Oh, at first glance, I thought they'd turn out to be F1-musume.