Ducks In Anime: Some Perspective As if there hasn't been enough duckplay on this site in the past few weeks... 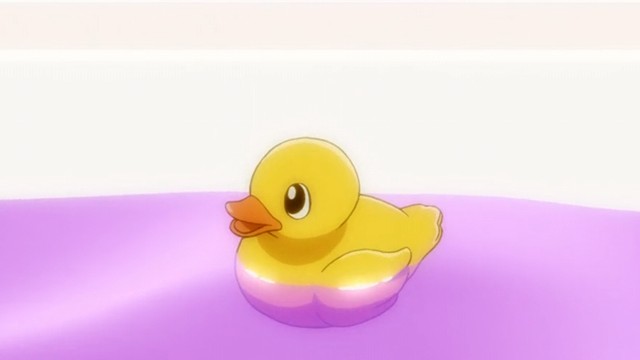 This weekend was the 12th and final episode of Season 4 of HidaSketch, and I've gotta say that this was easily the best of the bunch.  Indeed, the final minute or two nigh on made me weep, it hit all the right buttons for a good episode of the show.

In fact, looking back at it, it was the perfect way to say goodbye if there isn't a fifth season.  Fortunately, I can't imagine the franchise not getting one more run of episodes; we're too close to the obvious end, the graduation of Sae and Hiro.

Don't be confused, though: I'd be perfectly happy with more.  Actually, I'd really like a spin-off for Nori, the computer girl.  She's become, far and away, my favorite in the show. 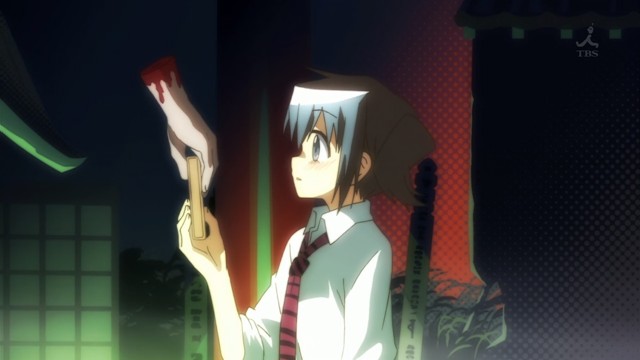 1 So...I take it Hidemari Sketch x Honeycomb is somewhat different in tone from the other shows in the franchise?

3 I think I don't want to know what the story is on that bloody severed hand.

4 Would it help if I mentioned it was Festival time at Yamabuki High?