Ducks In Anime: In The Sticks 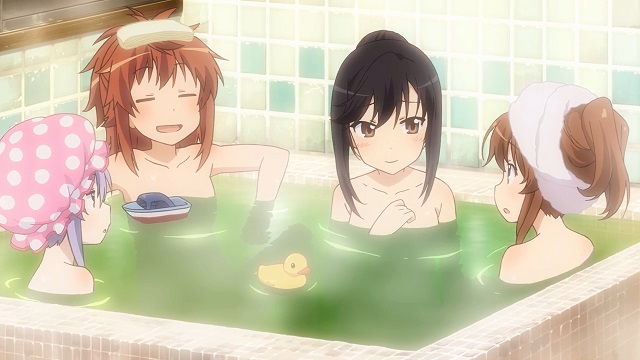 Over at some place or another, a conversation took place concerning "shows that were like ARIA."  The general consensus was that, other than YKK, there really aren't any shows like ARIA.  That led to me trotting out my theory that the two shows take place in the same universe, but that's not the point of this little missive right now.  One series that got a lot of support as feeling like ARIA without being anything like it was Non Non Biyori.  I'll be honest, I knew absolutely nothing about the series other than the name, so what the heck, let's give it a shot.  After watching the first two episodes, I've come to some general conclusions. 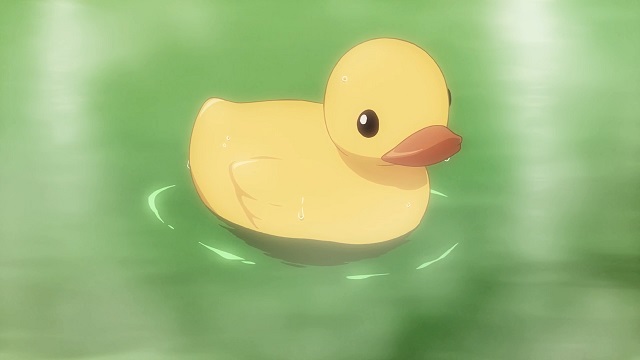 First, that's one darn handsome duck.  Second, neh, it's closer in feel to Sketchbook than to ARIA, which is no bad thing in my opinion.  Short version of story: Fifth-grader from Tokyo moves to tiny village out in the boonies, joins school that has four other students: 1st, 7th, 8th, and 9th graders.  They're all in the same classroom.  Hijinks occur languidly. 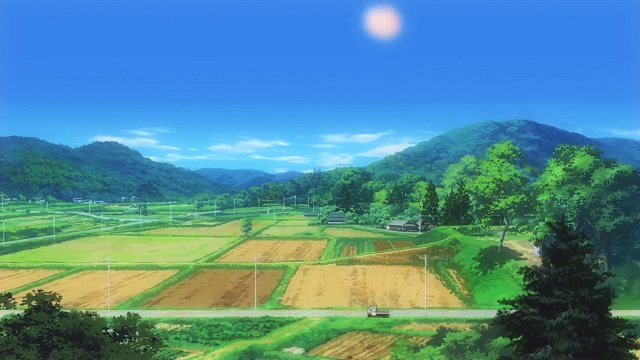 Still... rubber duck in the credits.  A+ for effort.