Christmas In F1-Land I don't want you to think that I've gone completely 12 Ducks of Christmas around these parts!  Nope, these days the F1 world is, like many of the rest of us, getting ready for December 25th.  For example, here's Luca DiMontezemelo, Ferrari racing supremo, flanked by... 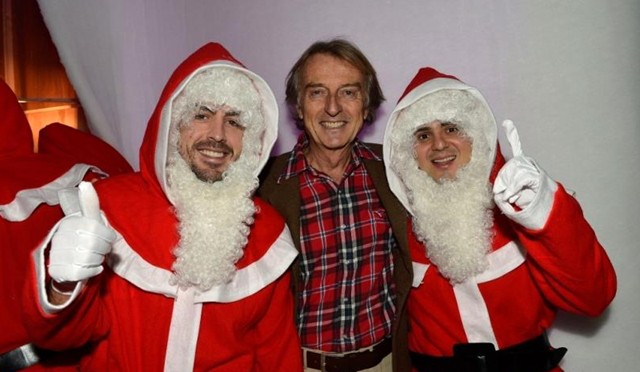 HWMNBN looks like a wino playing Santa, while Felipe Massa looks like he's reached his life's ambition.  Well good on him, I say. 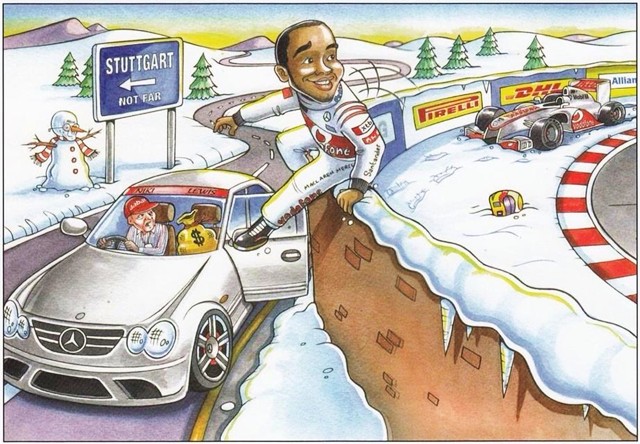 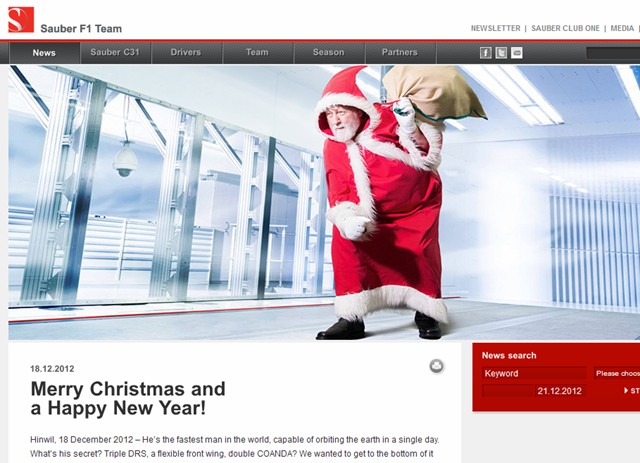 I've looked high and low and other than Sauber "borrowing" Santa and putting him through some wind-tunnel testing, none of the other teams seem to be doing anything official... if I stumble across something, though, I'll let y'all know!  Red Bull is usually good for a giggle around this time of year...

1 Hi, it´s my first time here and I spend some time reading all of your F1 updates from this year and back in the past. Now I´m a follower of this and I hope to keep reading next season. Specially the "Driver´s Quotes".
I have a question, why do you call the spaniard´s Alonso "HWMNBN ". I was wondering which means but I don´t get it...
Many Thanks!  Jet

2 Jet, you're very kind.  As far as the driver nicknames go, you'd do best to read this post from March.

He managed to rehabilitate himself a little bit so he's not quite as hated around here as he used to be, but it's been too long for us to change it permanently.

3 Thank you very much for the link, now I can see clearly what means. I really consider HWMNBN a good pilot, but I think clearly that the things he does with his hands, he´s permanently destroying it with his mouth. In addition, lucky me, I live in spain and I have to watch F1 in a local TV station that considers him equals to Zeus at Olympus, there´s no one can´t beat him (in their opinions). So my hate keep growing and growing every year.
If I was you, I´ll keep hating him the same, he´s shurely deserving it.
Thanks from a new follower Jet

4 BTW, one Brit built an F1 car from parts of actual F1 cars (not cardboard).