Broken I've tried to avoid writing a post like this, but I can't do it anymore.  If you don't want a closer look at the person behind The Pond, then don't click on 'More', and enjoy the pretty picture. 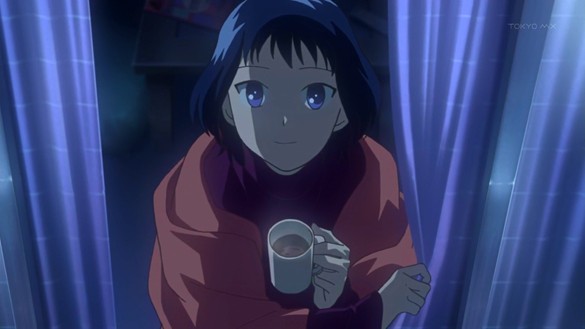 It's been nearly two months since Momzerduck passed away.

I've stared at this screen for the past 15 minutes, trying to figure out what I want to say, and how to say it.  I've written, then erased, this paragraph maybe five or six times.

For the most part, my posts here on The Pond have been viewed as 'things that had to be done', as opposed to 'things that are fun to do.'  Yes, even the F1 Updates!, the closest thing to a signature piece that I have.

It's not that writing here isn't enjoyable, but right now everything is a chore.  Getting out of bed in the morning takes a monumental effort.  Going to work is the same.  When I get home, I don't much want to do anything.  I'm just as likely to sit in the dark, doing nothing, as I am to do something.

For the first couple of weeks, I ate very little.  While I'm eating more closely to a normal amount now, it's not something I do because food tastes good, but because I know I have to fuel the machine.  I just don't care.

And that pretty much describes my life right now: I just don't care.  Looking back at my posts here on The Pond, I think it's obvious though you, the reader, may not.  Probably because I know what my frame of mind is.

That's not to say that every minute of my life is like this, just most of them.  I've had a few good evenings with The Librarian and dinners with a couple of other people, for example.  But afterward is like coming down off a high.

And I know it can't be pleasant for them.  Causing my friends pain is the last thing I want to do.

I know The Librarian is worried about me.  I know Ph.Duck is concerned.  Hell, I'M concerned.

I know what a possible answer is.  Grief Counseling is supposed to be useful, but I just can't see how sitting in a circle of strangers listening to them talk about their losses would help me.  "Hi, I'm Wonderduck, and my mom died."  "Hi, Wonderduck."

Medication?  I've been on anti-depressants before.  The first one made me feel like I was wrapped in cotton all day, then I'd get home and go to sleep.  The second one took away all my emotions altogether.  No lows, true, but no highs, either.  The third one turned me into an aggressive, grumpy, angry bastard... but I wasn't depressed.

If there's another thing to help me out, I don't know what it is... except time.  And going through the motions of my public life.

The holidays... are not something I'm looking forward to.

I wish there were something I could say. I have plenty of experience with depression, but no answers for you. And I'm a firm believer that truisms do more harm than good, so I won't spout any.

3 My roommate is being treated for depression issues by a doctor, who's re-balancing her brain chemistry through diet and the use of vitamins and amino-acids... No drugs. She said the same things, that while the drugs helped her depression, the side effects were sometimes just as bad. I'm sorry to hear that you're struggling.

4 Seriously:  do the therapy.  Yes, it sounds like utter bullshit, but try it; you can always quit going if it doesn't seem to be helping you.  And it can't hurt.  It might help--and more than you can see it helping, at least from where you are right now.

It is bullshit, but it's bullshit that works.

Look: knowing what I know about the five stages of mourning, all the texts on psychology I've read over the years--even with my better-than-average knowledge of how humans cope with things I still get my emotions in a wad when something bad happens.  Even though I can look at how I'm feeling and say, "Gee, right now I'm in 'bargaining'...." it still doesn't change the fact that I'm human and have to go through it like everyone else.

You're no different.  Losing your mother means losing your greatest connection to the history of your family, losing the one person who unconditionally loves you...and your pain is normal, even two months later.  (My dad died not-quite three years ago and I still miss the hell out of the guy.)

...but it's also important that you not force yourself to go to therapy; you won't get anything out of it if you're fighting it.  You need to be ready to go, ready to deal with the issue that brought you there; and that means recognizing that you've been dealt a blow that you're unable to cope with on your own, at least right now.

The most important thing to remember about that:  there is nothing wrong with this.  You're human; and no human can cope with everything by himself.  Go get some help.  Ask the Librarian what she thinks you should do.  Ask Ph.Duck.  Ask your friends--they know what happened and they want you not to hurt like this.   Don't they?

5 The only advice I can offer is to stay in contact with as many people as you can as often as you can manage. Therapy is one way to do that. There are many others. Ed's suggestions are good.

Probably none of it will make you feel better in the short run. The payoff is in the long run.

Hang in there. We're all pulling for you.

6 I am a new reader of your blog, and for a long time I have known your blog through the periphery of my memory, until a reader linked me to this blog, and eventually, this article.

I feel very bad for your loss of two months back. Being a new reader, there is nothing worth to offer and aid in your grief. A Malay proverb once said, "Heavy on the eyes, heavier still to carry [the burden]."

I will, however, offer you a kind word to say: don't give up yet. I like to know you more, your articles and your idiosyncracies more, your F1 ideas (but hey, my #1 wish is to get rid of Bernie Eccelestone who's treating the sport like some bloodsport – and after then I will rave about the return of Mercedes!). Your anime stuff, your ramblings.

You are the "hidden" side of the anime blogosphere that I never get to know – not listed on Anime Nano!, Animeblogger Antenna, or Haruhi forbid, AnimeBlips.

Don't give up yet. I am only beginning to try and see the good side of a subculture that I have grown alienated from.

7 Get exercise. Even if you just go out and walk, move about. This is surprisingly important with regards to mood.

( I advise not excerising in a mlb jersey....but then I'm biased)

8 Yeah, I'm almost as blank as you were, Wonder. Been sitting here making up and discarding one thing to say after another. None of them seem right.

All I can tell you is that you've got plenty of friends and support.  Lean on them, like you did here.  The first few weeks are damn hard, and after that it's still not easy. But after a few more months, you'll find that you'll be fine for a while, until that one stray thought takes you back to where you don't want to go.

And although it gets better over time, that will never fully go away.  It does lessen in intensity over time, and the more active you stay, the less time there is to brood.  (Of course, now you've taken a double whammy, thanks to the storm.)   Personally, and as someone who is permanently on "mood altering drugs," I don't recommend them for temporary issues like this. Grieving is part of the healing process.