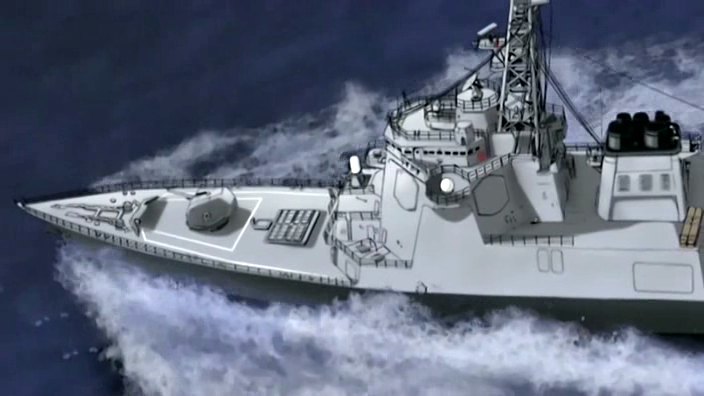 Our first mission was to be a joint exercise with a US Navy task force, but along the way something strange happened...

...we wound up going through a time-portal and found ourselves in 1942.  I know it sounds impossible, but believe me, it's true.  Not only that, we were right in the middle of the Battle of Midway, intermingled with Admiral Yamamoto's Main Body!  I got lucky and took a photo for proof: 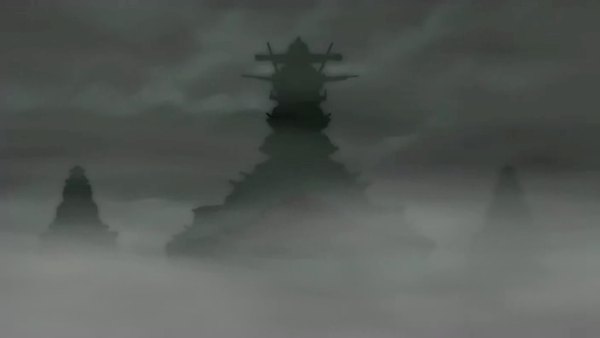 It's the Yamato, the largest battleship ever built!  I couldn't believe it... this sort of thing only happens in anime, not in the real world, but there it was. 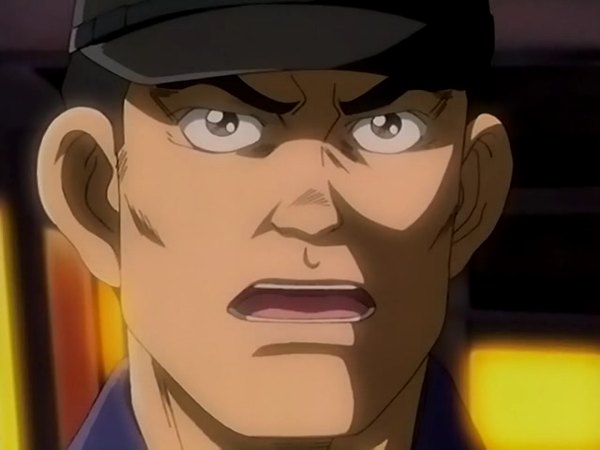 Even the XO was amazed.  He's a good guy. 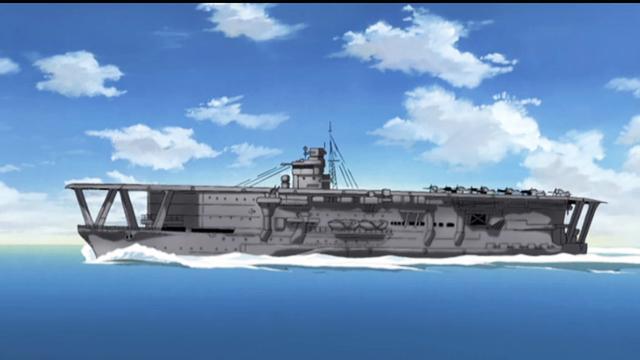 Of course, since it was 1942, the US and Japan were at war, and Japan lost the Battle of Midway.  We didn't do anything to prevent it from happening... it wasn't our war, after all, and we had enough science-fiction readers on the bridge to remember that changing history could be a disaster.  We could even disappear, never to have existed!

And then the XO, who's a strong believer in the mission of the JMSDF (essentially, "protect life"), did something that, in retrospect, was really dumb.  An Imperial Japanese Navy (IJN) floatplane crashed nearby us, and he rescued the officer that had been riding in the back... changing the future, since he was lost at the Battle of Midway. 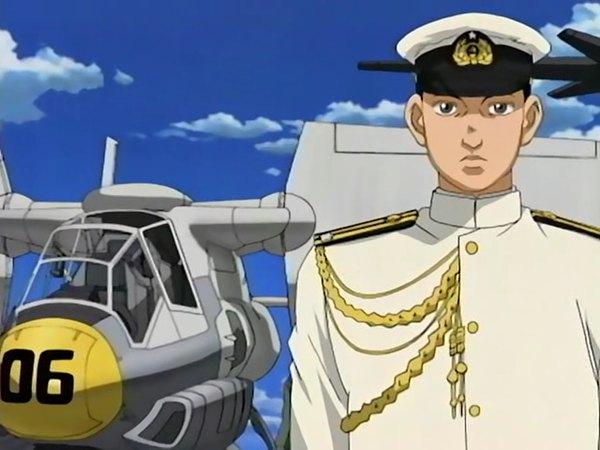 ...and that was really the start of all our problems.  This guy was an intelligence officer, and he immediately deduced that we were from his future.  We never intended to let him return to the IJN, particularly when the XO let him into the Mirai's library.  Of course, he immediately dove into the history books, found out how Japan lost WWII, and realized that he had an opportunity of a lifetime: he could change history to suit himself.  As we later found out, he decided to try and create a new Japanese empire, which he called Zipang (a name for Japan that was found on old Portugese maps).  It would be a blend of the militaristic Empire from WWII, and the modern Japan, essentially... not with him at the head, of course, but perhaps as the puppetmaster behind the scenes.

And he played us for fools.  He was the one to suggest we try going back to Japan for resupply, all the while saying he was "one of us."  Of course, since we weren't really part of the IJN, all sorts of hell came down on our scout plane when it approached the base we had been based in... would be based in?  I tell you, our language isn't designed for discussing time travel.  Anyway, it made sense at the time, since we were running low of fuel.  We weren't so dumb as to try and sail in unannounced, we sent our VTOL plane in first. 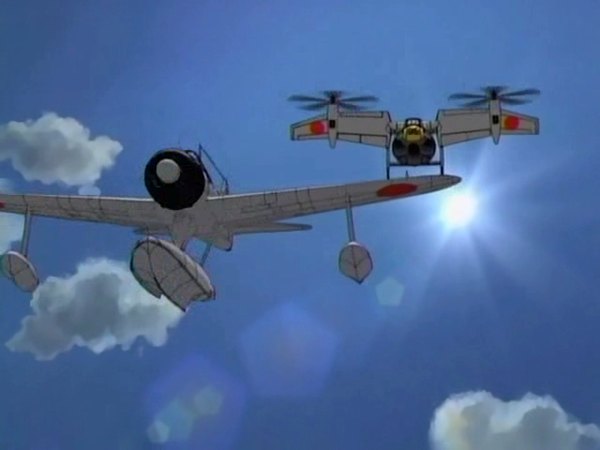 Of course, it was attacked almost immediately.  That's a Rufe there, the floatplane version of the Zero.  They killed the gunner of our plane, and the pilot shot them down "peacefully", blowing the central float off.

That incident brought the reality of our plight home to us.  We couldn't defend ourselves without changing history, but there was nothing to prevent us from being attacked and killed.  We eventually did get resupplied. The IJN officer we rescued and the XO snuck into a Japanese-held port, hired a freighter, loaded it up with food and fuel, forged papers saying it was an IJN requisition, and sailed it to the Mirai.  Except he was recognized by an officer he had served with... since he was reported dead, this caused some consternation.

Eventually, through various adventures and the like, we delivered the IJN officer to Admiral Yamamoto himself... where he convinced the great man to adopt the Zipang plan. 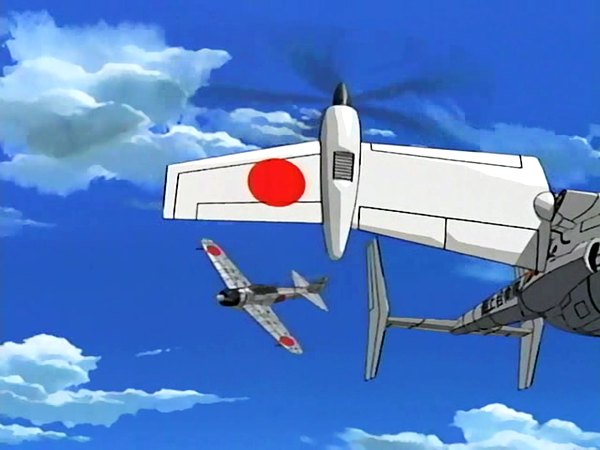 The IJN officer never returned to our ship.  He stayed with the Admiral and basically told him what to do.  We, on the other hand, tried to stop the nightmare that was Guadalcanal.  We forced the US marines to withdraw from the island by destroying their food supply... and then defended them from Yamamoto's fleet when they appeared and attempted to sink their transports with the Yamato's guns.  Who knew that our missiles could kill a 18" shell?

But this wasn't without cost.  The US now knew about us, and they assumed that we were working with the IJN.  They didn't really know what we could do, so they sent a single carrier, the Wasp, after us.  They found us, and attacked. 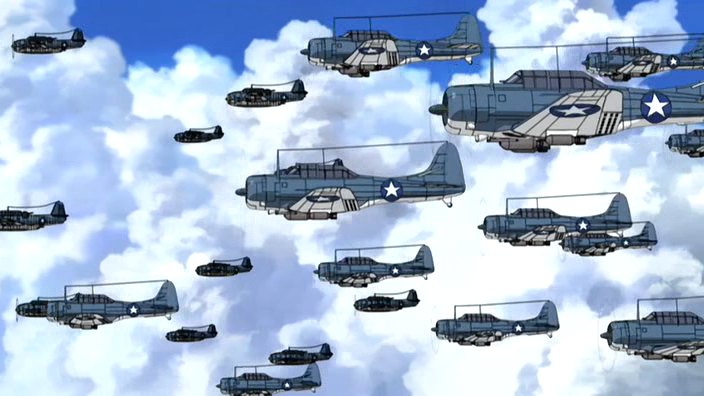 Look, at that point, we had two choices: we could defend ourselves, or we could die.  Of COURSE we defended ourselves. 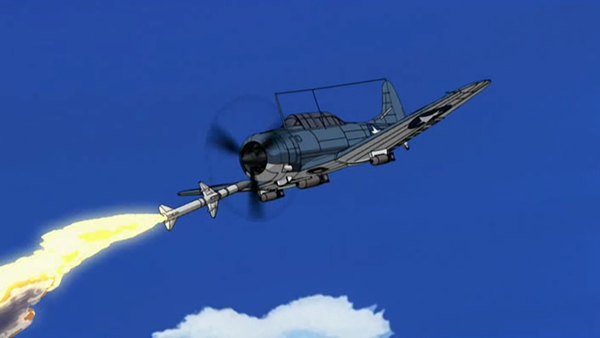 That Dauntless pilot never knew what hit him.  It almost was unfair.  We used a few Sea Sparrows on the Dauntless squadron, then used the 5" gun on the Avenger torpedo bombers. 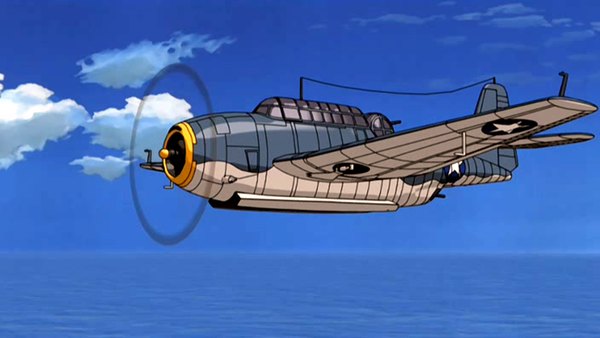 But a single Dauntless managed to dodge it's missile, and dove on us.  The observer bailed out. 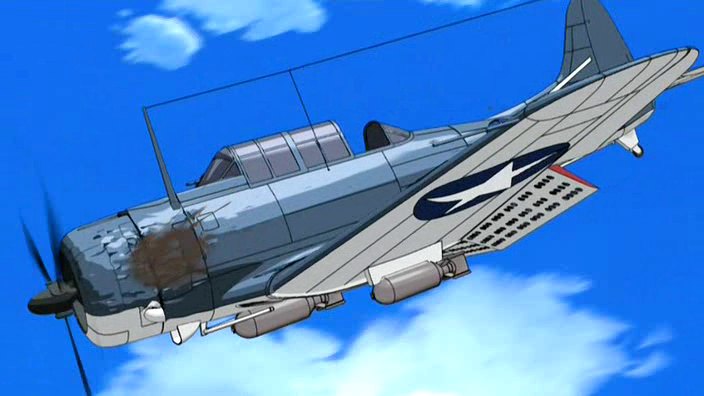 When the pilot dropped his bomb, the CIWS opened up... and caused it to explode a short distance from us.  We took some damage, but not as much as we would have suffered if it had hit us!  We were safe... until someone realized that the pilot had bailed out after dropping his bomb and the Dauntless was going to crash into us.  When it did, the XO and the Captain were pissed!  They warned the Wasp not to launch anymore planes, or else.  When she did, they launched a Tomahawk missile at it. 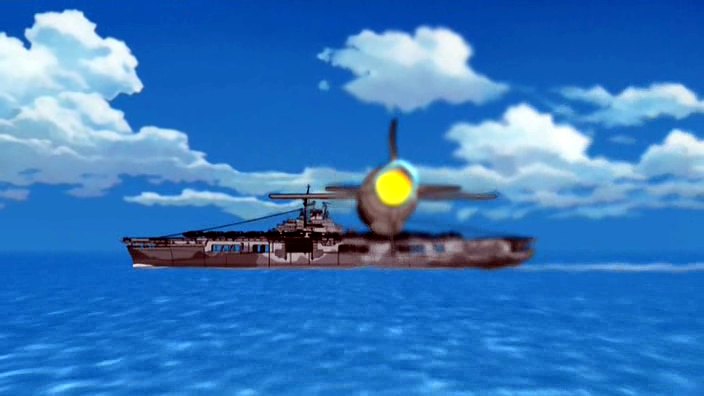 We now know that there's probably no way to return home.  We can't... won't... let either side take the Mirai, so we've placed explosives around the ship, just to make sure.  If worst comes to worst, we'll blow ourselves up.

Truth is, we don't even know if there's a home to return to.  I guess we'll find out in 50 or so years, but what then?  If we do manage to travel back home thru time, I'll give you this letter, my son, so maybe you'll better understand your old man.

If not, well, maybe you'll follow in my footsteps anyway.
Yours,
Dad.