Yet Another FARK Greenlight! It doesn't happen often, but once in a while the planets align and someone smiles upon my humble submission... and lo, the greenlight does shine!

The relevant article is located here. 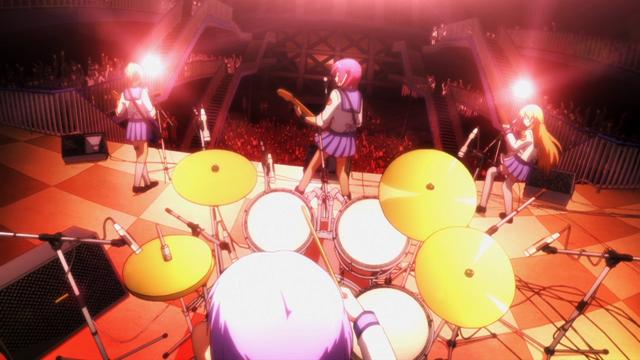 And you are correct, the #1 choice is spot-on.

2 The Daria DVDs are in fact available, and it probably speaks poorly of myself that I never liked the show in the least.

3 Wait a second. No Spinal Tap? No Blues Brothers?

4 They had some sort of esoteric reason why groups like the the Monkees, Blues Brothers and Spinal Tap were too "real" for the list, because they actually released records and toured.  Since Dr. Tooth and the Electric  Mayhem have released singles and albums and probably have a longer discography than, oh, say, the Gorillaz, I'm not thrilled by their logic, but at least there's some pretense at it.

I was wondering where Jeffster was, but then I remembered that I dropped Chuck about two and a half episodes from the end of the third season, so the heck with 'em.

5 OMG, I had no idea the complete series was finally released!
Hmm... they changed the music due to rights issues :-(
I don't know if I'd enjoy the Daria today, when I first watched it I had just experienced a significant negative personal event and the show's sarcastic wit fit my mood.

and it probably speaks poorly of myself that I never liked the show in the least.

7 It probably speaks poorly of my typing skills that my snarky put down was ruined by hitting the enter key prematurely.

Hmm... they changed the music due to rights issues...

This is the only thing keeping me from buying the WKRP dvds.  The music was such an integral part of that show that replacing it with royalty-free tunes would kill a lot of the flavor.  Imagine The Who Concert episodes without hearing The Who.  Or Les getting ready for his date with Jennifer without "Hot Blooded" playing in the background... it just wouldn't work.

And this makes me very sad.