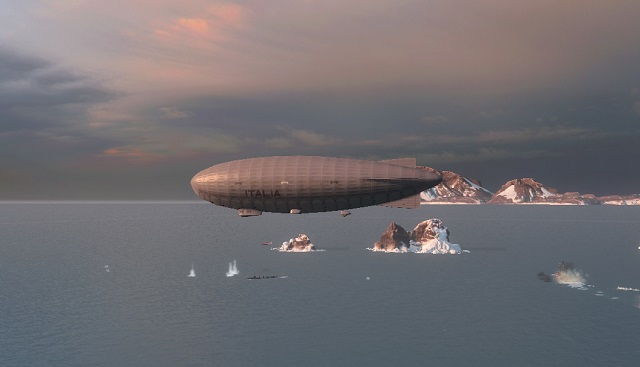 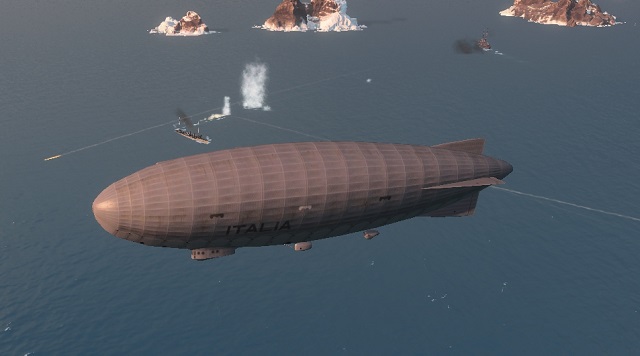 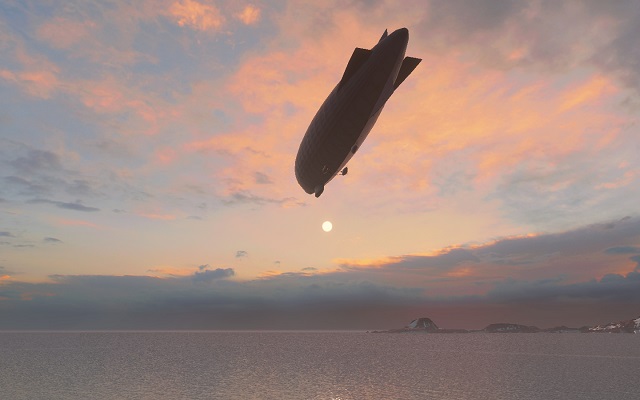 I find myself in a state of peace, for I have seen the dirigible and therefore all is right with the world.  Farewell, sweet airship with a rigid structure covered by an outer skin... until the next time I play the World of Warships map named "Polar."  And you, my readers, may you be fortunate enough to see your own dirigible.

1 Poor Tachibana hasn't been out in a while. That's about the only ship I have left that would see Polar.

I was highly amused to outpace the decorative patrol aircraft on Fault Line in the speedy Colorado.

2 That's the Italia - did it crash during your game session, or disappear outside the map boundaries?

3 Neither, Siergen.  It floats around the map for the entire match, often out of bounds.  There is also a trio of seaplanes involved, too.

This was actually the first time I thought to get screenshots of the DIRIGIBLE! during a match.  I got a free port slot from a supercontainer, so I immediately began to grind up the Japanese battleship line... and my brand spankin' new Kawachi ate a full load of torps from a Russian destroyer at short range, just before it died from fire.

But afterwards?  It was DIRIGIBLE TIME!

4 I really love the God Mode camera. It's just too bad you have to die first to use it.

Since the new version launched, I've only had my Zuiho out. I haven't even re-skilled my other commanders yet. But I'm doing REALLY well with it.

The touches they put on their maps are extraordinary.  The settlements, towns, buildings, radio towers, fortifications, and so on are amazing.  If one looks really closely, they might not scale correctly, but they make it so much more interesting than fighting in an empty ocean with only distant land masses in view (if any).

Speaking of non-empty oceans, I ran aground last night on a sandbar that barely broke the surface, and couldn't be seen on the mini-map.  It was not my most expensive mistake in the game, but it was painful.  Definitely in a slump right now.

7 Ubu, somewhere on my hard drive I've got a screenshot of my Furutaka, looking for all the world like it had intentionally driven into a city marina, where it was being replenished by a series of trucks.  Of course, the trucks just circle the city endlessly, and the marina is populated by immobile boats, but still...