Which Witch Is Which? Over at the greatest duck-themed webcomic on the net, Quacked Panes, the Halloween duckies are out and about... including a witch duckie.

Meanwhile, over at Duck Show, the greatest duck-based website anywhere, a particular witch duckie is sited...

...and here at Wonderduck's Pond, I'm always happy to jump on a bandwagon. 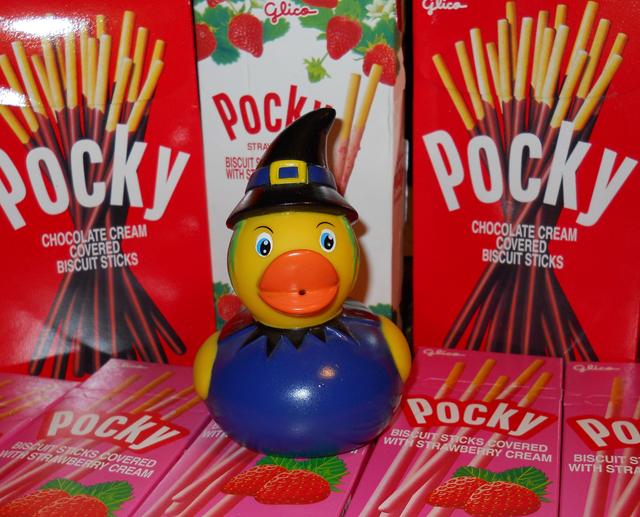 Yep, it's Pockywitch!  Hopefully I'll be able to coax her away from her horde later... if I'm turned into a newt, you know what happened.

1 Isn't she just the most adorable little witch ducky, though?

2 When I first saw this post the "She's a witch!" scene from Monty Pythons Holy Grail popped up in my head. And then I began to wonder... how do you identify a witch ducky? Most of the 'canon' tests are going to be worthless....

4 And unlike human witches (who float, like ducks and wood), duck-witches sink.  As a consequence of not being like wood, they are also fire-proof...