Where's My Rio? Today was supposed to be the day that Media Blasters officially released Rio Rainbow Gate! on an unsuspecting populace.  I've had it on pre-order at Robert's Place for a week or so, and via e-mail, he was fairly confident that it was going to show up on time... not that MB is well-known for that sort of thing.  Anyway, I sat contented, knowing that RRG! is such a seminal work of anime greatness that they'd HAVE to release on time.  Any minute now, I'd see a confirmation from Bob that it had shipped.  Any... minute... now...

I finally shot Bob an e-mail asking what had happened to my Rio?  I figured it had to be one of three things:
1) The folks over at RACS just hadn't shipped it to me yet.  This was the least likely of the three options... they're just too good to let that sort of thing happen.
2) Media Blasters had peed the release down their leg.  This was the most likely reason.
3) I was the only person in America to pre-order RRG!, and Media Blasters had shut down out of embarrassment.  If you think about it, both of these are possible.

As it turns out, the answer is #2, though Bob was much nicer about it than "peed it down their leg."  That's me, all the way.  He explained that it could show up any day, and he'd let me know the moment he has any more information.  And THAT'S why I only buy anime from Robert's Anime Corner Store... the freakin' owner of the company has promised to contact me once he hears something.  I don't spend hundreds and hundreds of dollars a year over there; indeed, I never did.  Doesn't matter to him. 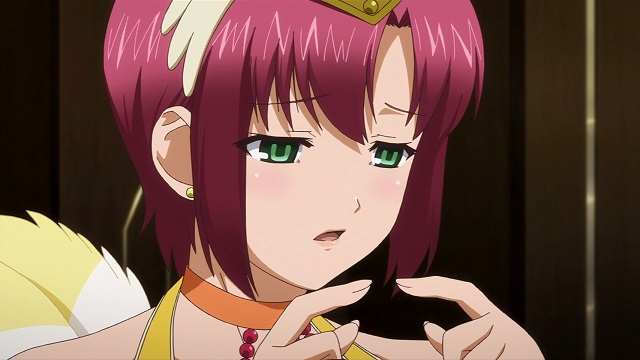 1 The answer to your question is Nebraska.

2 From what I've heard, MediaBlasters had to scale back operations earlier this year (and they were operating on a shoestring already). They don't have any full-time production staff any more, and hire freelancers for each release as it happens.  Which would make it a lot harder to keep to schedules.

This was on the ANN podcast recently, but I was only half-listening so I don't have more details than that.

Media Blasters has actually been doing a bit better in the last six months or so.  They have a couple new licenses announced, and while I would say they are healthy, they are in better condition than they have been in a while.

Having said that...It appears that Rio is in the QC process.  They announced as much as on Facebook, though ANN has the work on Rio as being finished (In fairness, the ANN article was talking about other projects underway at Media Blasters.).