The Remains Of The Day As I mentioned back on Wednesday, the Duck U. Bookstore received its Fall shipment of used textbooks, totaling 130 boxes and nearly two tons of weight.  None of these boxes were particularly well-filled, so there was a lot of shredded cardboard used as packing material.  How much? 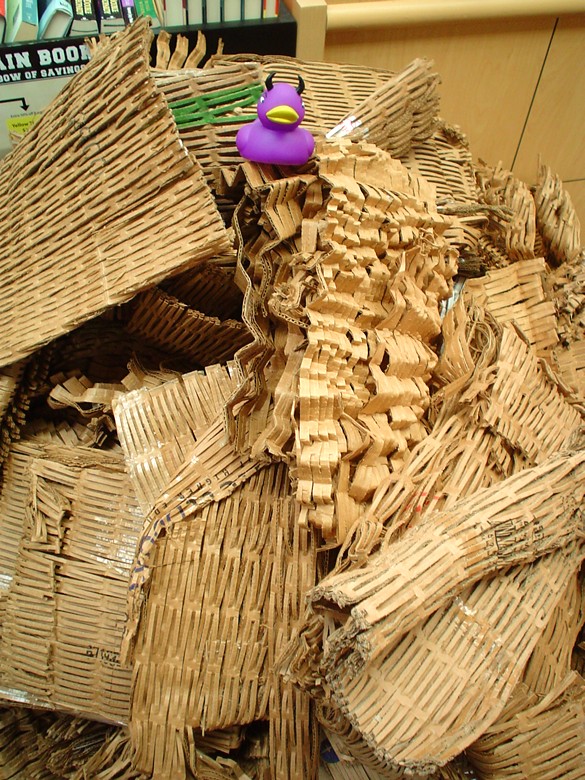 Mt Trashmore, scaled by duckie
By the time we had all the boxes opened, the pile was about four feet tall and about seven feet across at the base.  Now, I'm just a duck with an uncanny ability to pack boxes well (called "box origami" or "pack-fu" in the store), but you'd think that you could just fill the boxes with, y'know, textbooks and ship fewer boxes.  But what do I know?

I DO know that all that packing material ended up in the dumpster, which took five trips.  Bloody waste, that's all that is.  I knew I shouldn't've worn black...

Of course, I'm cheating because I know the billing schedule.  It's by weight, so 4000 lbs in 80 boxes is charged the same amount as 4000 lbs in 130 boxes.  In fact, all that packing material just makes the shipping costs HIGHER, because it weighs a non-trivial amount.