The Happiest Car Ever! 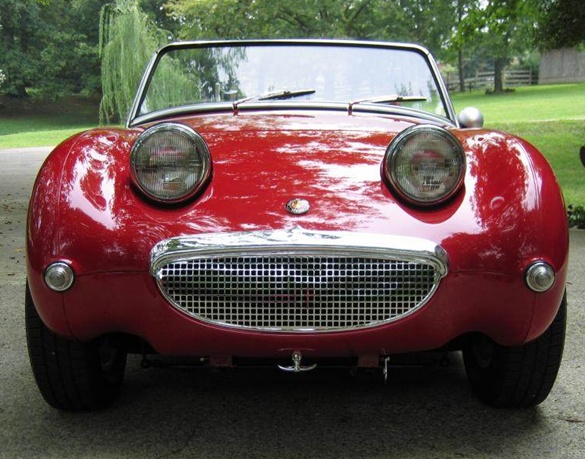 (Picture nicked from HERE)
The 1958 Austin-Healey Sprite "Bugeye".  I saw one on SPEED's live coverage of the Barrett-Jackson Automotive Auction - Scottsdale just an hour or so ago, and started giggling.  It's so cute it makes my teeth hurt!

Compare and contrast with the Angriest Car Ever.

What did it sell for at the B-J auction?

Ah, the mk1 Sprite... shame they had to spoil it when the mk2/MG midget came along.

Someone tried to make an updated version a few years ago (looked exactly the same, was a fibreglass copy of the bodywork on a kitcar chassis IIRC), sadly they went under very quickly.

Mind you, the Isetta is a one-door, one-cylinder microcar...