Really?  You believed me?  C'mon, this is Wonderduck we're talking about here... of course there's more to it than that.  A couple of weeks ago, I was cruising Amazon when, in the "suggested for you" box, there was a book... a book that looked familiar.  The cover looked right.  The shape seemed right.  Couldn't get a look at the insides, but I ordered it anyway.

Last Friday, it arrived.  I opened it up to a random page... and began to weep manly tears.  Tears of joy, tears for my long-departed youth, tears of remembrance, they all ran down my face as I looked at the picture of the Siemens-Schuckert DIII, with the "LO!" on the side that I remembered so clearly.  I had found The Book. 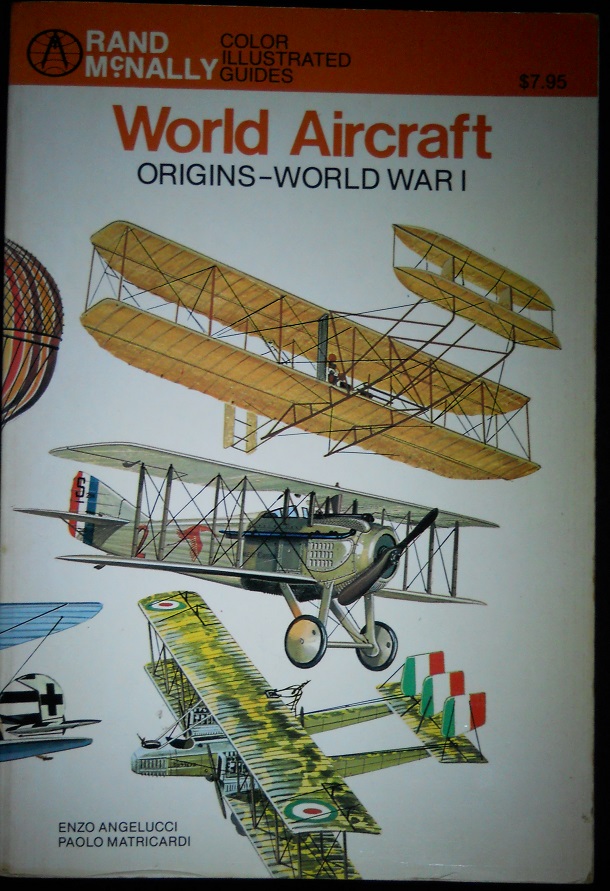 I have hundreds of military history books now.  My entire collection could easily be said to be resting on the "shoulders" of this one.  The First of Many.

It's an amazing thing, if you think about it.  A book I hadn't really thought of in 25 years or more just shows up, I order it from a bookshop in England, it makes its way to me in less than a week... and it's the very title I owned in 1980.