The Brewster Buffalo: Midway's Most Reviled Plane When one thinks of the Battle of Midway, images of Dauntless dive-bombers plummeting down towards Japanese carriers immediately leap to mind.  Or perhaps the tragic story of the massacre of the three torpedo squadrons flying TBD Devastators is the more dramatic, and therefore more memorable, saga.  Whatever the military buffs out there think of, it's unlikely that the Brewster F2A Buffalo would get more than a derisive snort, if even that. 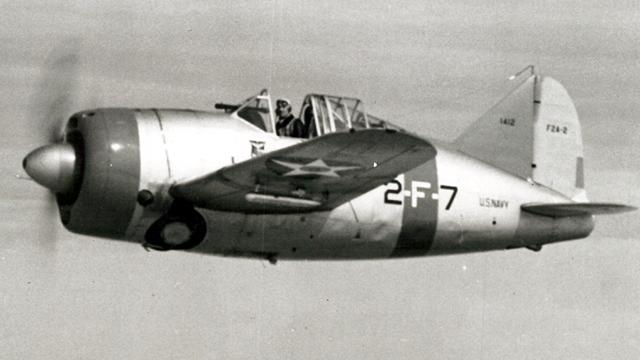 That's somewhat unfair to what was the US Navy's first monoplane fighter.  As originally designed, the Buffalo was actually quite nimble and well-liked by its pilots.  Indeed, its wing-loading was only slightly higher than that of the Zero.  No less a name than Marine pilot Pappy Boyington praised the Buffalo, saying "they were pretty sweet little ships. Not real fast, but the little plane could turn and roll in a phone booth."  The most glaring weakness of the F2A was its armament: two machineguns in the nose, one .50cal and one .30cal, a most odd combination.  The landing gear was considered marginal for use on carriers, but good enough. 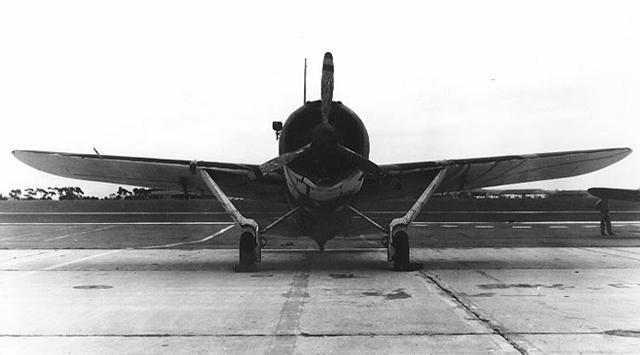 But then the Navy accepted it for service... with a few modifications.  Armor plate was added, as was a larger-capacity self-sealing fuel bladder.  Further, two wing-mounted .50cal guns were also added... all of this on just a 900hp engine.  Performance in the form of top speed and climb suffered badly in a plane not great in either category.  By 1941, the Buffalo had turned into the F2A-3, with a 1200hp engine (the benefit of which was mostly lost by the increased weight it added, both in its size and in the larger airframe required to mount it), even more armor, and a bigger wing with integral fuel tanks.  This increased the range to nearly 1000 miles, giving it much longer legs than the F4F Wildcat, but ruined the plane's one true feature, its handling. 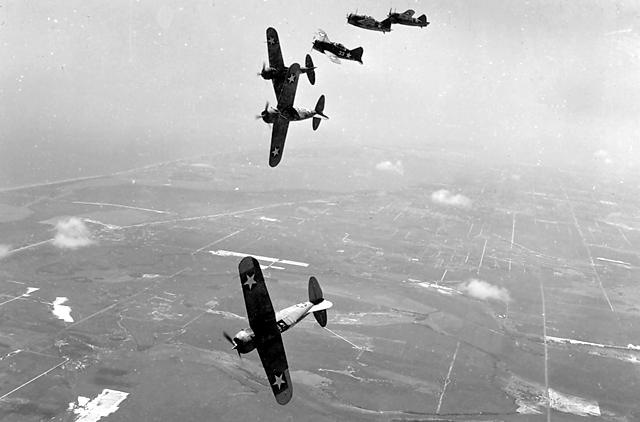 By the Battle of Midway, the Buffalo had become too slow, too heavy and too lethargic, a bad combination for a fighter plane.  However, as someone many years later said, "you don't fight wars with the military you want, you fight wars with the military you have," and when the Japanese planes were approaching Midway Atoll, what the defenders had were the 21 Buffalos and seven F4Fs of Marine Fighting Squadron 221.

The result was both better and worse than anybody could have expected.  Despite being outnumbered by the 36 Zeros escorting 72 bombers, 17 Japanese planes were shot down by VMF-221, but at the cost of 13 Buffalos and 2 Wildcats (and all of their pilots) lost.  Of the remaining planes, only two were still airworthy after the fight.  F2A pilots were vociferous in their condemnation of their planes afterwards, one going so far as to state "(the)F2A-3 is not a combat airplane... ...it is my belief that any commander that orders pilots out for combat in a F2A-3 should consider the pilot as lost before leaving the ground."

After the Battle of Midway, all remaining Navy Buffalos were sent to the US mainland as advanced training aircraft, which duty it performed until 1944.  Because of the infamous quality that Brewster built their planes with (i.e., none at all), there are only three F2As known to survive.

Outside of the US Navy, however, opinion of the Buffalo is much higher.  The British, Australian, Dutch and Finns all used an export variant of the plane.  The Finnish Air Force in particular used the B-239E variant to great effect in the air war against the Soviet Union, with one squadron (Lentolaivue 24) registering 459 kills, while losing 15 B-239s.  It's notable that these variants did not have the extensive armor plating and heavy self-sealing fuel tanks of the F2A, and therefore kept its maneuverability.  To be fair, however, the Finns were not fighting against Zeros flown by crack pilots, but poor Soviet pilots with lousy leadership and, at least at first, obsolete planes. 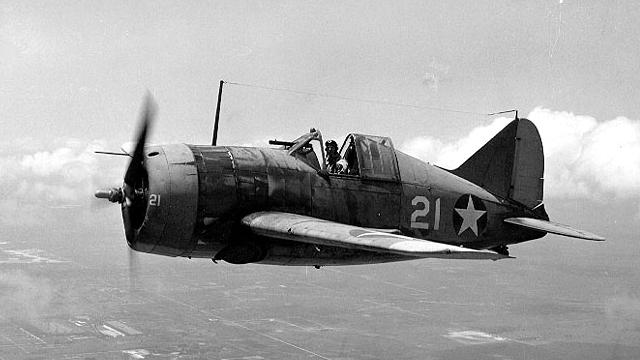 In conclusion, the F2A deserves more respect that it is shown.  It was an acceptable enough fighter to begin with, but by the time the Navy was finished throwing stuff into it, it had become a pig.  Consider it a lesson learned, similar to the one the US Army learned with the P-39 Airacobra.  That it was outclassed by the Zero isn't a mark of shame; everything was outclassed by the A6M2 in 1942.  Without the Buffalo being present at Midway, the Japanese might have done more damage to the base there.  Enough to render it unusable?  Probably not, but with the F2A present, they certainly didn't.

It wasn't a great plane, but it was there.

The other big problem with the Buffalo seems to be Brewster's inability to produce enough of them fast enough.  That meant a lot of the incremental improvements that occurred with other aircraft models produced during WW2 (Which often saw considerable improvements in performance in total.) never happened, because the production run never lasted long enough to do so, even after all the changes insisted by the services using them.

The other big problem which was not exclusive to the Buffalo was that you could not fight the A6M in the kind of low speed, low altitude turning fight it was designed for and which the IJN pilots were trained in.  As other pilots learned, you had to fight outside the Zero's performance envelope to engage it on equal footing.  The US Navy had started to learn to do so by Midway, the Marine Corps pilots had not.  That was true of aircraft with superior handling and performances - the first fighter wing of Spitfires that fought the Zero found this out the hard way, even though the Spitfire was a high performance fighter and the pilots who flew them were very experienced (Most of them were Battle of Britain veterans.).

But without armor or self-sealing fuel tanks, it would have been nearly as fragile as the Zero itself... and outgunned and outranged to boot.  I doubt the American pilots would have stood for it.

3 Now that the discussion has started, it makes me what to get out my copy of The First Team and re-read it to see if John Lundstrom had anything about the F2A.