The Battle of Midway, 70 Years Later 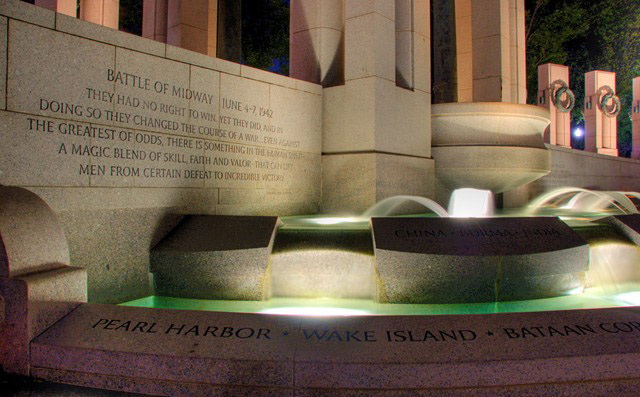 They had no right to win.
Yet they did, and in doing so they changed the course of a war...
Even against the greatest of odds, there is something in the human spirit
- A magic blend of skill, faith and valor -
That can lift men from certain defeat to incredible victory.
-Walter Lord

Today is the 70th Anniversary of the Battle of Midway, the greatest of all US Naval victories.  While I intend to have a larger post on this subject later this evening, until then I leave you with the two classic movies from John Ford on the topic.
The Battle of Midway

Much of The Battle of Midway was filmed on Midway Atoll as the attack occurred.  Ford himself was wounded during the fighting.  The movie won an Academy Award for best documentary in 1942.
Torpedo Squadron 8

After the Battle and most of VT-8 was dead, Ford and his crew put together this tribute movie to them.  Most of the footage was shot shortly before Midway.  Only 30 copies were distributed, all to the family members of those squadron members flying from Hornet that day.  It was never intended for public viewing.

I remember reading Walter Lord's Incredible Victory and being moved from reading the introduction/forward where that passage comes from.  It was very fitting, in my view.