The 12 Ducks of Xmas, Number Seven 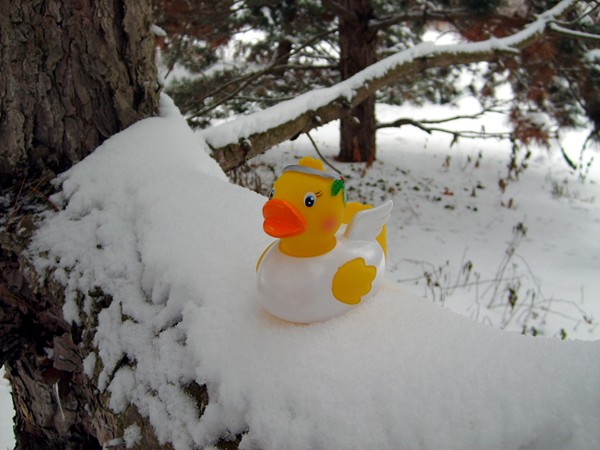 1 Must be from the Air Mobility Command of the Anatidae Air Force...

2 So they've invented the bi-duck?

Ever since I wrote that, I've been trying to come up with a way to pun on "viaduct" but I can't think of a way to do it. Alas.

4 "Viaduct" and rubber ducks reminded me of something. In 1988 the Fiesta Bowl started an annual race of thousands of rubber ducks in the Phoenix canal system. You would buy a duck (the money went to charity), and then whoever "owned" the first duck to reach the end won a prize.

5 I've got one of those race ducks, actually... from the Great Duck River Duck Race, a couple of years ago.

At the finish line, there was the second largest duckie I've ever seen, 20 feet tall if it was an inch.  Steven would have been terrified...

6 Naah. Ducks that big can't fly, and they can't hide.

7 When they're that size, Steven, they don't have to.