I just realized that I can't return it to Amazon now, either, because I sent the original to EVGA. 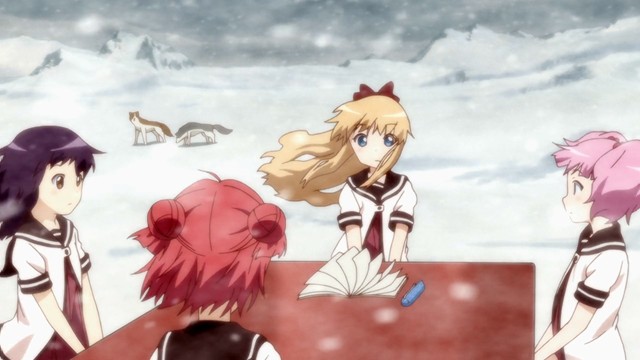 I am now taking suggestions on new desktop computers.

My opinion is that for the last few years, it didn't make any sense to go with a desktop computer. I buy big notebook computers and they work really well.

What I've been buying is gaming notebooks, computers designed to be taken to LAN parties. They thus have lots of compute power, excellent graphics, big screens, and they're self-contained and preconfigured, so there's no problem with drivers or anything like that.

2 So the first recommendation for a desktop computer is... a laptop.  Got it.

No, it isn't a laptop. I used the term "notebook computer", which refers to the fact that it's all-in-one. But it's too damned big and heavy to be a laptop. That's the point.

It's the same kind of power and ability you'd get from a desktop computer, though, but less footprint.

4 You could use my post about Himawari as a shopping list.  It has so much power most of the time it doesn't even notice me using it. I'd get a stronger card though. for just a little more cash I could have had about 50% more oomph, and maybe, just maybe, less of a jet engine on the GPU fan.

Etna, on the other hand, is not as good for watching movies in bed as I thought.  Aside from the terrible crick in my neck, the viewing angle on the screen is terrible up close.

5 Wish I could help. Ordered parts off of Newegg and had the g/f assemble it (she enjoys that). Dropped about $1500, but I went a little crazy here and there.

6 Steven, so it's a laptop without the ability to move around or to easily upgrade, but with the extra price of a laptop?

7 DR laptops are nice, but Wonderduck could probably build a nice gaming rid for about half what Steven paid, which is why people still do it.  A few months ago, right before Haswell came out, I bought a core i5-3570K (on perpetual sale at Micro Center for $40 below what everyone else charges) with a Gigabyte PCI3 mobo to go with it and 4 gb of ram for under $400.  You can buy a case as low as $30, but you probably wouldn't want to.
The 650ti boost I just got plays WoW at Ultra at 1920x1080 with 70+fps (in less expansive places, I might see 140 fps) and I paid about $170.  That CPU+GPU combo can hit 200+ fps in Minecraft.
FWIW, I thought about waiting for Haswell, but I suspected Haswell parts would cost a little bit more (the roughly equivalent cpu+mobo would have cost maybe $50 extra) and I was coming from a 2007-era 2.1GHz Core 2 Duo, so either was going to be a *major* upgrade, so I didn't wait.
A Trinity or Richland A8 is a pretty nice deal, too: quite a bit cheaper than an i5, and the built-in graphics are serviceable, although not nearly as good as a dedicated card.  For my son, I coupled the A8-5600K with a micro ATX MSI motherboard for about $150.  The only real drawback is the unfortunate SATA port placement under the footprint of the video card slot; you need to get right-angle SATA cables and make sure you get low-profile ones.  It's also not as overclock-friendly as a bigger board would be, because you can't adjust the CPU voltage, so it runs a bit hot, but an aftermarket cooler helps with that.

I don't have any good advice here, at least not better than what I've seen above. (I'll note that the active and useful duty life of any laptop-shaped object is about half that of a good desktop, and thus endeth my rant thereupon.)

9 I will second the recommendation to look at AMD for your CPU.  I just bought a new Richland system, and the CPU with integrated graphics was dirt cheap.  I think I will get a couple of years of use out of the integrated graphics, and then to upgrade to a separate discrete video card - but that should let me extend the life of the rest of the system considerably.

10 With Trinity/Richland, if you want to game, you should buy a discrete card, if you don't want to turn the settings all the way down.  But if you can live with lower settings, you don't NEED the card.  Minecraft with Optifine on a Trinity is playable.  Minecraft with or without Optifine on a Core i5 is barely playable.  (Optifine is an add-on to Minecraft that increases performance and adds some nice graphical features.)

11 Honestly, I gave up on upgrading (as opposed to building with all-new parts) a few years ago. Just not worth the hassle, most of the time - there's always that chance you'll get a part that, while compatible on paper, just isn't going to work with your current setup. It's generally easier for new hardware as everyone's testing with everyone else. Last time I just took the old box, nuked the drive, and gave it away to a co-worker who didn't have a box of his own. This time I'm thinking I'll pack the thing to Hawaii and set it up as a home theater PC.

That said, I had an unusual need for two running boxes at once (i.e. g/f coming to visit for a month) and someone willing to blow a day assembling and testing parts (I'd put it off for months because I just didn't feel up to it on the weekends when I wasn't working). With as much of a time crunch as Duck's gotta deal with, that's not as good of an option.

(AMD's FX series, which is what Mauser got, and I have here at PixyLabs, is the same design, but the A10 has 4 cores plus graphics, where the FX has 8 cores but no graphics.)

Motherboard: Gigabyte GA-F2A85X-UP4. ($119) Everything you could want in an FM2-socket motherboard; includes VGA, DVI, HDMI and DisplayPort outputs, so you can plug it in to pretty much anything.

Video card you have, and the system will work pretty well without one. Power supply.... Well, you might not want to pull it back out again, but the one you have is a fine choice.

Add a DVD-ROM or BD-ROM and a suitable case and you're done!

+1 on Pixy's choices.  AMD continues to make solid, low cost CPUs with very good performance and excellent integrated graphics.  If you decide the mb graphics just aren't up to snuff, I'd recommend a ASUS or Sapphire Radeon HD 7770 video card; they're very reasonably priced at $120-140 now, play nice with the Gigabyte's chipset and run pretty quietly. Most of the 7770 cards use at least 1 GB of GDDR5 memory, have core and memory speeds in excess of 1GHz, and max resolutions of 2560 x 1600.  Really good bang/buck ratio on these cards.

14 I have the 650 card, and wish I'd sprung for the 650ti. They really don't have any good benchmarks on the boxes these days.

16 I bought the $200 Walmart Emachine special. (Not recommended for gaming.)

17 Heh, that's hardly recommended for anything.
I've been annoyed for two years because to save a few bucks, the company I work for skimped out when buying us developers new PCs.  While I don't need a Core i7, it would've been nice to get something better than a Pentium dual-core.  (If I could afford it I would buy an extra computer to use at work instead of the company one!  I had an HP core i5 laptop I used until the defective POS stopped working and HP declined to fix it.)