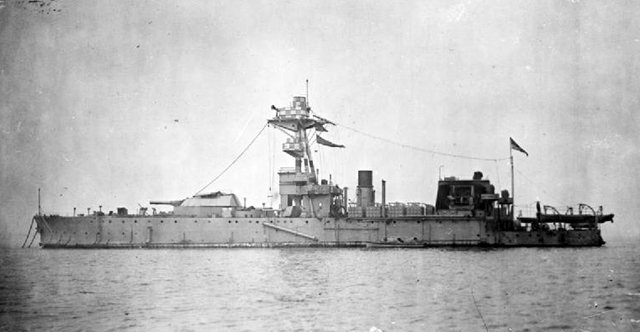 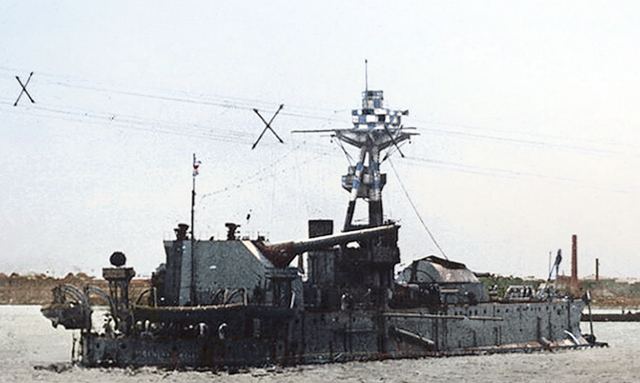 What appears to be a turret on the stern is really just a big blast shield with an open back.  It couldn't rotate at all, though the gun could swivel within a 20Â° arc.  It really wasn't intended for use against enemy shipping, but for shore bombardment.  To be fair, the two ships weren't particularly good at their job, as their guns could outrange any sighting equipment on hand, save aircraft of course... which didn't carry any radio to speak of at the time.  Still, there must be an incredible horror when you realize that someone is throwing 3000+ pound shells at you from well over the horizon.