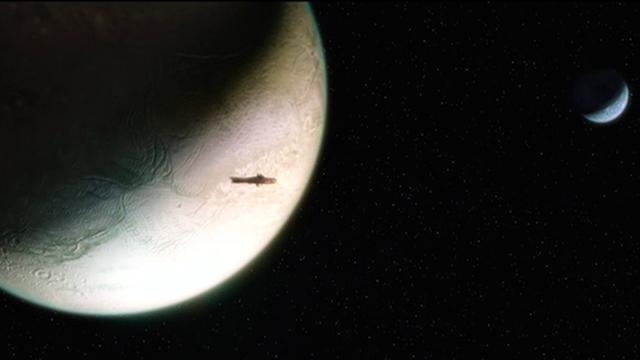 Space Battleship Yamato the movie (hereafter known as SBY) apparently follows the story of the first anime series with elements of the second thrown in as well.  Short version: the Earth is at war with the Gamilas and losing badly.  The surface of our world has been pulverized by "meteorite bombs," and the surviving remnants of humanity have moved underground.  The Earth Defense Force is nigh-on powerless to stop the attacks.  Using alien technology, Earth's last hope is to send the Yamato to the far-off planet of Iskandar.  There a device that will reinvigorate the planet's surface is waiting.  But the Yamato has to fight through fleets of Gamilas ships to get there.  Fortunately, part of the alien technology discovered is the Wave Motion Gun, able to destroy entire fleets with a single shot.  Action aplenty ensues, the good guys find the device and return to Earth.  The end. 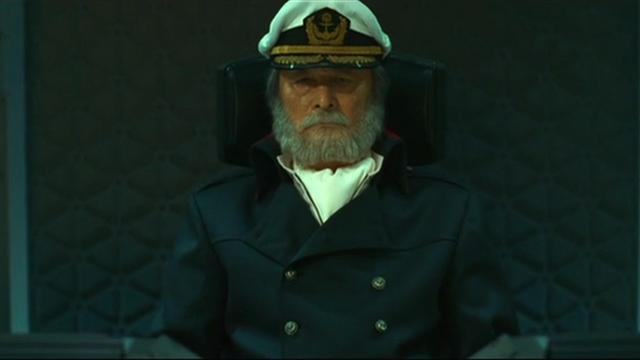 In other words, standard science-fiction plot #35.  The question is, is it standard because of the source material, or was it a standard even before that?  Either way, SBY isn't trying to be particularly deep.  The production staff knew it'd have a horde of rabid fanboys screaming for their blood if there were much in the way of changes made, so I gather they didn't make many... right down to the uniform worn by Captain Okita (above), an image so iconic even I recognized it as being authentic to the source material. 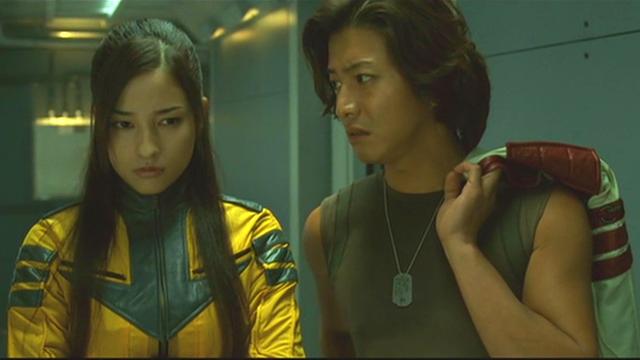 Our primary characters, Susumu Kodai (right) and Yuki Mori (left), have something of a past.  He was one of the great fighter pilots, but left the military after something went terribly wrong.  She was in his squadron briefly, and became an ace of high standing after he left.  He's come back for this all-important mission, and of course sparks fly.  He's named Acting Captain of the Yamato when Okita falls ill unto death, and is in charge during the climactic battles... but at what cost? 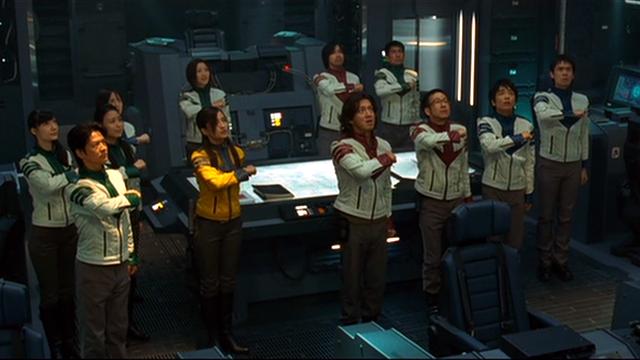 I've got to admit that I enjoyed the movie, even though the plot is somewhat hackneyed and some of the characters are rather cardboard.  There's a wild, hardbitten marine who loves his mother, the slightly spacy doctor, a chief engineer who's gruff and dwarflike, Kodai is a "bad boy" who discovers honor, yadda yadda yadda.  We've seen them before in movies, and we'll probably see them again.  The budget on the film was surprisingly low: $22million.  Despite that, the movie looks great.  Sets are believable, costumes are acceptable, and great googly moogly are there a lot of special effects.  About half the movie is SFX.  If you've watched the TV show Firefly or the reboot of Battlestar Galactica, the effects are about the same quality.  In fact, the whole movie reminds me a bit of BSG, though the Yamato is less dirty.

And what of the Yamato herself?  Surprisingly, there are few glamour shots of the ship in this film. 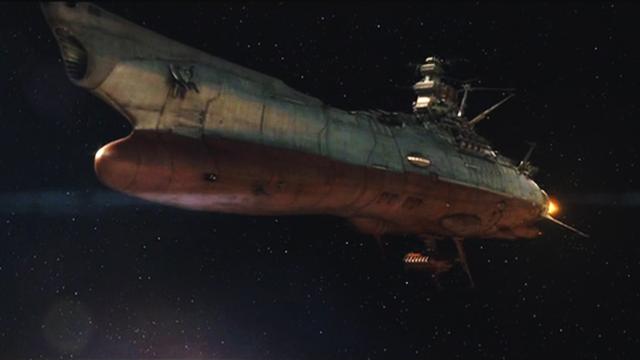 There are a ton of fast passes where everything is motion-blurred to heck and back, but not a lot of flybys where you get a good look at the titular ship.  $22million can only get you so much, I guess. 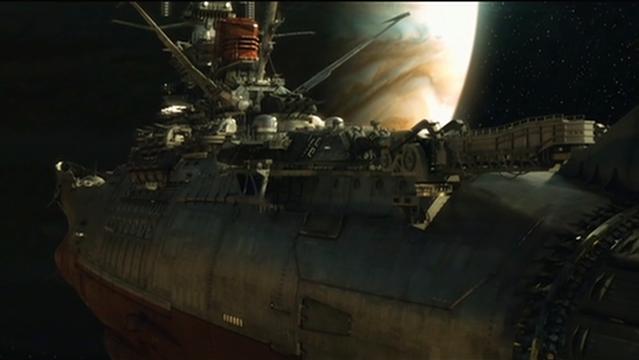 You never get a sense that the Yamato is a real object, however.  Perhaps that's a function of seeing a 1940s era battleship in orbit around the planet Jupiter, for example... a place 1940s era battleships shouldn't be.  Having said that, SBY looks good on the whole, particularly the scenes in Iskandar, all of which are spoilers so I won't show and shots from it.

SBY was filmed in movie widescreen-o-vision, not the usual 640x360 aspect ratio... I've edited the screencaps to get a better look at things.  Here's what the aspect ratio looks like normally:

All in all, an entertaining, fun way to spend a couple of hours.  It was a lot better than I expected, to tell the truth.  If you go into it expecting art, you'll be disappointed.  Diehard fans of the original series might be disappointed.  But if you watch it as what it is, a sci-fi action film that just happens to have a ton of backstory to it, you'll come out of the experience entertained.  And what more could you ask for?