Serious Questions For The Pond Scum Are you okay?
Has it been difficult dealing with all... this? 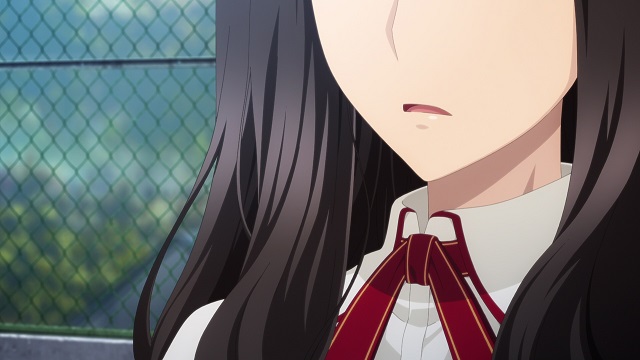 1 Ugh. Going into "lockdown time" I thought:
1. "I can hack this, I am a total introvert/hermit" 2. "I've got so many craft projects lined up, it will be great!"
Yeah no. It's not been great. I didn't realize how important the tiny daily interactions - with co-workers, at church, whatever - mattered. And how easily I can worry-spiral.

I am worse company for myself than I realized. I feel now like it's a good thing I never married: I am a profoundly boring person.

Everything *else* going on doesn't help.

And for someone as touch-averse as I normally am - well, one of my greatest desires right now is for someone bigger than me just to hug me and tell me everything's going to be all right in a way that actually convines me.

2 Yes and no. Which... yeah, not the most helpful response but it's where I am at this point.

The intense cabin-fever part is (mostly) under control now, and I'm adjusted (mostly) to the work-from-home routine. It's manageable. I'm also abso-flogging-lutely fighting the brain weasels tooth and nail day in and day out. Between the terror over catching the covid bug, something that has a good chance of outright destroying my body, and watching the world kinda burn (in varying degrees of literal/figurative), I haven't been able to follow through on any of the things I planned to half a year ago or so. Breadmaking? Too many fiddly bits and my hands are jittery (-er) now, so that's kind of out. (I know it's "easy" and "simple" but tell that to the broken parts of my brain.) 3D stuff? With as easily frustrated as I am, trying to climb that learning curve is a non-starter right now. Writing? Yeah right.

I am immersed in books and shows and some music. I am keeping my head above water day by day. It's all I can do so I hope I can keep doing it.

3 I found Satisfactory about two weeks ago. It scratches the same itch as Factorio, but with vigor. And hit at a good point with the FF14 lull...
Overall I'm okay. I've got work, I've got books, I have no real trouble keeping myself busy. My personal stress levels are pretty low.

4 Myself, I'm fine. However, my opinion of Homo sapiens has never been lower.

5 I work in a remote office for an out-of-state company anyways, so working from home full time isn't that big a change for me.  And my company is doing well, so I don't have that kind of stress to deal with. I was just realizing the other day that I'm actually interacting with my co-workers *more* these days than before.  Mostly because most of them are going stir-crazy and reaching out on our conferencing software just to talk to somebody, and I'm the one that's usually available.
I miss my few out of home activities more than I would have expected though.  I'm very much looking forward to being able to sit down and just chat with people that are actually really there, not pixels on my screen.

6 When I was in quarantine for two weeks, I was fine. Ever since then, I've had to deal with people responding to everything, and that's brought me quite low.

7 My employer is "essential", so for me not a whole lot has been different day to day. The first couple weeks when just schools shut down were a bit odd with the sudden disappearance of any appreciable traffic, but otherwise things were fairly normal. Then the mandates started rolling down from on high like a flood of diarrhea, and the HR busybodies got to exercise their inner 1984 fantasies: demanding masks, temperature screenings (a complete CYA maneuver, official company policy does not allow for sick days, so people naturally feel compelled to come in sick so as not to burn their vacation days), MiniTru signage everywhere, and just a large helping of general bullshit.
It's been nice to actually sit down and eat away from my desk occasionally as restaurants begin to open up, but all the national fast food chains are still drive-thru only.

8 WFH in and of itself is no big deal; I miss seeing my coworkers, but being productive away from my desk is not a problem. I spend a decent amount of my time working with people in another state anyway.

However, I haven't gotten to be ALONE for...months? Not that I got a lot of alone time with two little kids anyway, but I occasionally had the office to myself, and if I happened to WFH some day, I'd be alone. But with not having childcare for the 8yo, I haven't been separated from him for more than maybe five hours total for the last three months, and let me tell you, I need a break from that kid.

I'm also really, really sick of my work day being 14 hours long because I have to start work before the kids get up and continue work after Will gets home (his company refused to allow any WFH, so it's all fallen on me) to take over the kids in order to get my tasks done. I have 20 hours of meetings in a good week, and often as many as 50 hours (overlapping, so I have to find coverage for the ones I miss), so most of my day is spent fitting in the 8yo's needs around the meetings, then the actual work happens at night.

As for the depression and OCD, I'd say this is the third-worst it's been. The suicidal ideation is only a little above the baseline (which is not zero), so really not too bad considering, and the nightmares are about the same level. I haven't had to go on meds or go to the mental hospital yet, so I'll probably make it this time too. (I'm terrified of meds because it's so hard to get off them, and from what I can find, the long-term effects of taking meds over 50+ years are not well understood. A "long-term" study in this area is maybe 18 months.)

9 As another person who is able to go on WFH, that's really been the only change.  My biggest issue is that I sort of lose track of what day of the week it is without the daily commute to give me some daily segmentation.

10 We were shut down about a month at the airplane mines. But we're "Essential" so I'm still in the same body-destroying routine, and management has been blindly trying to maintain schedule with rampant absenteeism.
So about the only difference for me is a vastly faster commute, and weird supermarket shortages that have slowly abated and been replaced with price increases.

Also, gas did NOT get that much cheaper.

11 I'm thriving. There were some changes: we stopped going to a store for groceries and as a result stopped eating apples. The InstaCart delivers too much rot. Had to switch to apricots and oranges, which are not as affected. We still have to visit home improvement stores though. So, had to learn to pack the mask and take it off in such a way as not to make a mockery of the whole idea (not touching the outside, putting it into a plastic bag). Dealing with gloves well is also an acquired skill. But beyond that there was nothing noteworthy happening.

12 Doing well here. I'm a librarian, so I can still do some of my job online, and now I don't have to deal with the students directly! Yay!
So aside from working from home, nothing much has changed. I'm in rural Texas, so the whole mask thing has been pretty much optional, and I've opted out. A few weeks when TP was scarce in the stores, but I already had enough, so no issues there.
I've even lost weight! Finally got serious about maintaining a caloric deficit (flavored rice cakes FTW!).

13 Regarding the WuFlu, my DayJob is in a hospital pharmacy, so no change at all there.  When I had deliveries to the Chicom Lung Rot Wing I'd take my clothes off in the garage when I got home, just in case (wife is 2x cancer survivor with compromised immune system).  Otherwise at home still drinking and writing books.
Regarding the Bolshevik-led riots?  We're in a bedroom community of Columbus so just a few, quiet talks with reliable neighbors.  Some plans and drills with the fam if a van-load of antifa/diversity shows up in our neighborhood.  I did tell my two friends in the city that if things go south for them they can use our basement as a temporary bolthole.
Wish the spring anime season was better.  Only watching Bookworm, Wave, and Arte.

My routine did not change very much, other than the mandates.  I also maintain sizeable amount of supplies so I could have easily sheltered in place if I needed.  I had to deal with less traffic on the roads during commute, more people at the places that are open - so basically, like when the schools let out for summer vacation.  The only things that sucked was that the places that were closed included places that I had a needed to visit, like barbershops.

On the other hand, I live in a state with a governor who is/was both slow, incompetent, ineffective, and hypocritical with his actions, so I still have to deal with the effects of that.  Yes, he's a Democrat.

15 I was pretty fortunate in that my company decided to close down my physical office early last year and converted us to work at home, so I'd already been doing it for a bit over a year when the lockdown started (and I've had experience with it already at previous jobs.)  Plus, mostly through lucky timing, I guess, I wound up getting a just-longer-than-a-buzzcut right before, so I'm still good on that front.  Also, as soon I heard rumors of shortages I went to Walmart and picked up a big multipack of TP, and by the time that was getting low, it was fairly widely available in Dallas again.  (I've got a friend in Maine who said last week that the stuff *still* disappears off the shelves up there just as soon as it gets stocked, which is just crazy.)  Ditto for enough food supplies.
It's been kind of boring, admittedly, so I've gone on a bit of a cheap-video-game buying spree (I just ordered the bundle Pixy mentioned, for example), and got a couple of neat things I've had my eyes on for a while; I just picked up a 3D printer this morning, and a couple of weeks ago I ordered a neat 40% layout keyboard that's taking up a decent hunk of my brainpower (it's an OLKB Planck if anyone cares to look it up.  47 keys the way I've configured it.)