Robert Kubica Wrecks In Rally Race, Maybe Out For Year Horrible news from the F1 world today, as Renault driver Robert Kubica is probably out for the entirety of the 2011 season following a massive crash during a rally race in Italy today.  Driving a Skoda Fabia Super 2000, the Pole hit a wet patch of road and speared off into the side of a church.  It rebounded from the wall and hit a roadside barrier, which is believed to have pierced the Skoda's footwell. 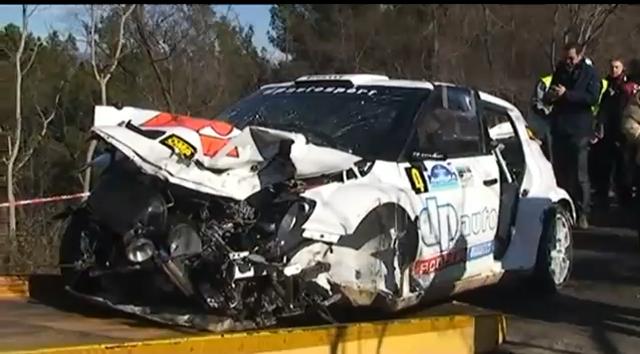 Co-driver Jakub Gerber escaped without serious injury.  Kubica was lifted via helicopter to a nearby hospital with multiple fractures to his right arm and leg.  The worst injuries were to his right hand, which was partially severed in the accident.  He underwent seven hours of surgeries to reconstruct the hand, and was placed in a medically-induced coma to aid with the immediate recovery.  All reports are that the surgery went well and that blood flow to the hand has been reestablished.

Doctors suggest that recovery will take about a year.  However, depending on the damage he may still lose some use of the hand, which would almost assuredly end his F1 career.  He may still lose the hand, as reattachment surgery is never a sure thing.

Obviously Renault is going to have to find a replacement driver for at least the start of the 2011 season.  Bruno Senna and Lettuce Grosjean are the team's reserve drivers, though both are very inexperienced, and neither seem to be particularly good.  Nick Heidfeld is still a free agent, as is Vitantonio Liuzzi.  Nico Hulkenberg could probably be lured away from his reserve role with Force India, as well.

We here at F1 Update! hope for a smooth and quick recovery, and wish Kubica the very best!

3 It took 90min to get him out of the car. Surgery which was 7h long started 2h after the crash. Thats bad. Heres onboard vid from car following him

He's lucky to have gotten out of that car at all.  My prayers are with him.