RIP Superjock I don't have heroes, and I never did.  I suspect most people my age feel the same way.  Why bother?  In the end, we always find they have feet of clay.  Often enough it turns out a "hero" is really just someone who got lucky one day.

Which is why Larry Lujack wasn't my hero.  What he was, however, was the reason I wanted to get into the radio biz.  Growing up, his was the voice that got me going in the morning.  A deadpan delivery attached to a wickedly dry sense of humor resonated in my young brain, bouncing around and mixing with Monty Python.  But even in the depths of my callow youthiness, I could recognize pure genius when I heard it.  I don't know when it happened, but somewhere those formative years, I set my sights on being a DJ just like Ol' Unka Lar'.

Unka Lar' was the host of the morning staple on WLS, Animal Stories.  I've written about that legendary radio skit a couple of times before, no need to repeat it here.  But Lujack was more than a single gag.  His "Superjock" persona, "the greatest rock & roll DJ anywhere", was just an act... but it turned out that he may very well have BEEN the greatest.  He was honored with membership in the National Radio Hall of Fame in 2004, and the National Association of Broadcasters Hall of Fame in 2008.

Larry Lujack died yesterday at the age of 73 after a year-long fight with esophageal cancer.  When I heard the news this morning, I didn't react much until I made it to the Duck U parking lot.  Only then did I close my eyes and let a few tears stream down my face.  A big piece of my childhood has passed away, and some part of my life is a little darker than it had been. 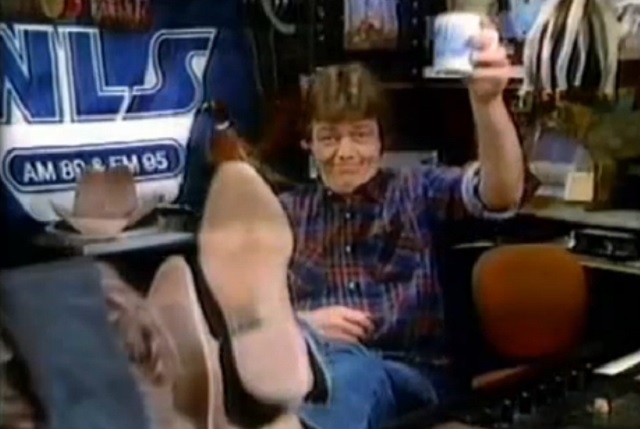