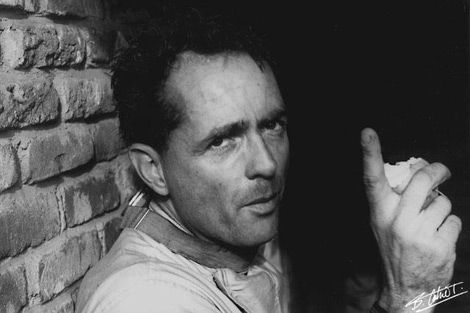 (photo courtesy The Cahier Archive)
The only American-born racer ever to win the F1 Driver's Championship, Phil Hill, passed away today at the age of 81 from complications of Parkinson's Disease.

In 1961, he had one of the greatest years in driving ever.  He won two Grands Prix (Italy, Belgium), finished second twice (Dutch, British), and third twice (Montreal, Germany) to clinch the F1 Championship.  He also won the 12 Hours of Sebring and the 24 Hours of LeMans that year, along with becoming the first man ever to lap the Nurburgring's imposing Nordschleife in less than 9 minutes.

After his racing career, he wrote for Road & Track magazine, doing road tests and articles about classic cars and racing in general.

Hill was inducted into the International Motorsports Hall of Fame in 1991.

F1 UPDATE! would like to express our deepest condolences to Phil's family and friends. 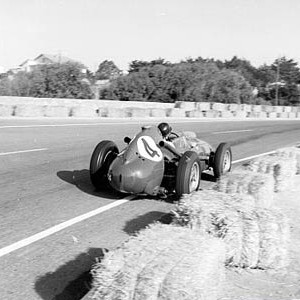 1 Rest in peace to a true legend of motorsports!

2 When I heard the Legendary Announce Team mention that Phil was in the Hospital, I said a little prayer for him. He is definitely a true legend, who raced in (and lived through) a period in racing when driving involved skill, guts and bravery tempered with a bit of luck to be successful... as well as just to survive. Godspeed Phil, you will be missed.