Rio Rainbow Gate! Final Thoughts Before I get started, let me make one thing perfectly clear: Rio Rainbow Gate! is not a good anime series.  I don't even think I can manipulate things in a way to even make it "average."  It's just not good.  That's all there is to it. 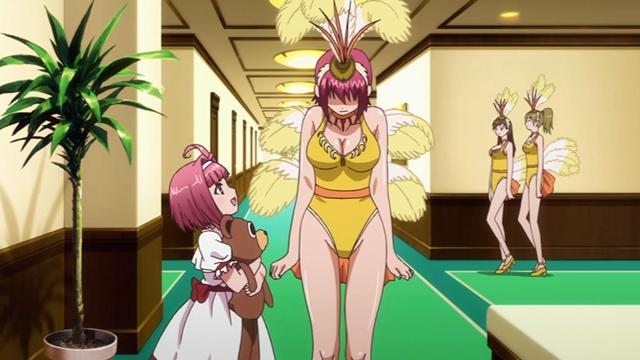 Having said that, let me try and explain just exactly why I not only watched all thirteen episodes, but spent hours on episodic reviews for each one.  This is going to come as quite the shock to anybody who's read those writeups, but I gotta admit... I think I actually liked RRG!.  In my review of the first episode, I described a concept known as "fun-bad."  Fun-bad is a point in which something is so terrible that it's fun to experience.  I used the 2010 Chicago Cubs as an example; losing a pop fly in the sun is bad.  Losing a pop fly in a gatorade bucket is fun-bad.  I also said that RRG! blew past fun-bad so quickly that it never acknowledged the existence of such a possibility.  In that, I was wrong. 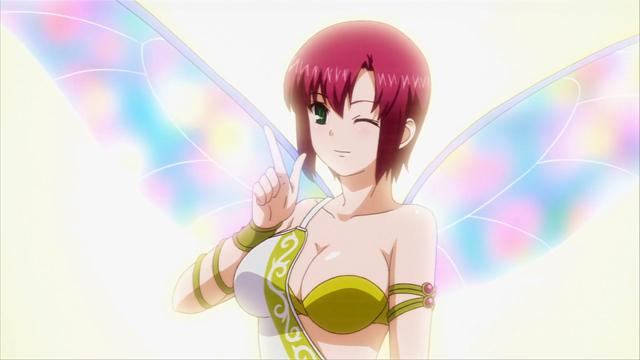 RRG! has a sense of the ridiculous about it that it seemed to embrace, intentionally or otherwise, as the show went on.  Stupidly over-the-top card games were just the beginning.  Supernatural possession, holographic space sharks, flying hotels, magical spells that only affect things made in China, giant water slides as casino games, headless androids, tentacle monsters, and many many things more... all of this is not only not uncommon in Rio's World, but not even thought of as strange.  It's a world where people can walk around in a shrimp costume and not be looked at twice. 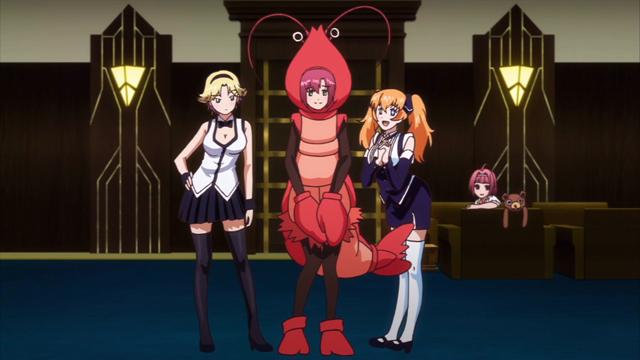 As much as I joked about how the show didn't have a plot and any attempt to add one should result in extreme measures being taken against the Production Staff, there actually was one... and an evolving one at that.  What started out as a "gotta-catch-em-all/monster-of-the-week" thing with the Gate battles (each one more over-the-top that the preceding) turned into a story of revenge, betrayal and redemption with the inclusion of Rina.  To be sure, it wasn't a deep plot by any means, but it did become something slightly thicker than your average sheet of paper.  Praising with faint damns, I know, but there you are. 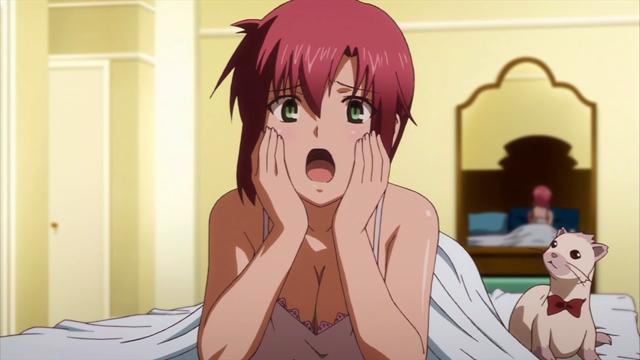 I guess what I'm trying to say is that I don't really have a reason for liking RRG! other than the awe-inspiring level of stupid that pervades every frame of the series.  Anime, like everything else in life, doesn't have to be Art to be entertaining.  In fact, I'd place RRG! as my second-favorite series of the Winter anime season, behind only Puella Magi Madoka Magica.  It certainly ranks far above shows like Fractale and Kore Wa Zombie Desu Ka, two series that had a lot of promise that flamed out spectacularly.  RRG! had no such pretensions, and rose above my expectations.  To be fair, I had nothing but disdain for RRG! so that's no great achievement, but it's better than a kick in the teeth.

Oh, who am I kidding? 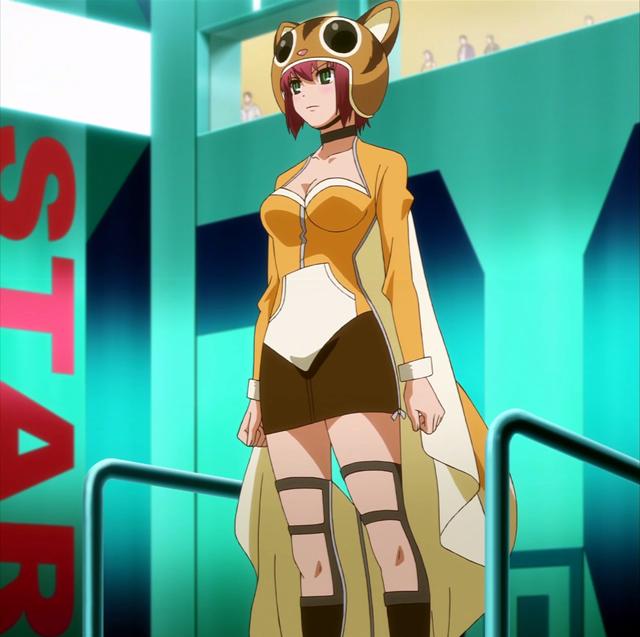 The characters in RRG! are all good looking girls (except for The Owner and Mint), and they usually dress in skimpy clothing or silly costumes.  Or skimpy silly costumes.  Doing silly things. 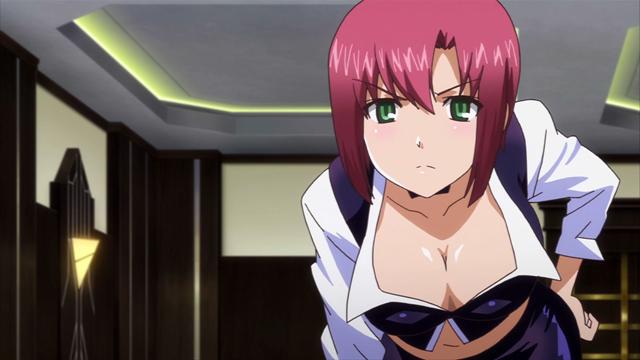 Sometimes, that's all you need.  It made watching the show a lot easier.

I'll admit, I'm kinda sorry it's over... until the second season.  I won't miss having to spend six or seven hours on a writeup every weekend, though.

The big question now: will they or won't they make the BDs more ecchi?

3 Duck, you have a talent for making anime almost desirable for non-fans like meself.  Thankee.

4 Amazon Japan says that the first BD will come out on May 3. Interestingly, they don't list a DVD release.

5 The DVDs are there; it looks like Amazon's search engine returns different results for "Rio RainbowGate", "Rio Rainbow Gate", and "リオレインボーゲート" (with the first version getting the most).

...and I confess that when I saw the title of the ED CD, I initially misread the katakana as "Milk Chance" instead of "Miracle Chance". Can't imagine why. :-)

6 I wonder if 11DBHK would consider adding any RRG references to BvS?  Honeyglider or shrimp costume, maybe?