Request For Proposals Okay folks, here's the deal.  I want to write about something related to the Pacific War, but I'm currently tapped out of ideas.  The books I've been reading recently (Kaigun, Blossoming Silk Against The Rising Sun, A Glorious Way To Die) have been fascinating, but haven't led to any huge sparks of inspiration.  So I come to you, virtual hat in virtual wing, to find out what YOU want to read about.  Got a hankerin' to find out something about the Anti-Aircraft cruiser in WWII (though I don't know why you would)?  Lemme know!  If I think it'd be a fun topic to write about, I'll do it, even if it isn't about the Pacific War!  Here's your chance to influence the direction of The Pond!  Can I use any more exclamation points!!!!11!!! 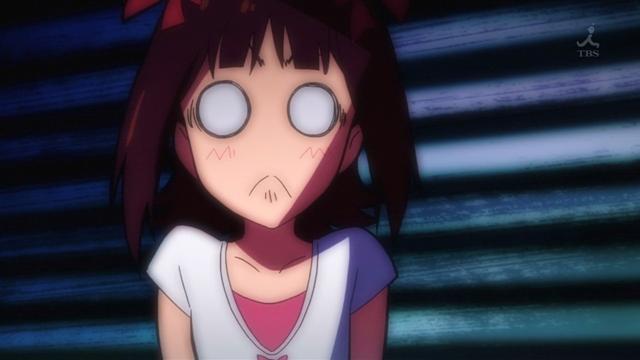 1 How about something about PT boats?  Most of your readers are aware that when MacArthur was ordered out of the Philippines, a group of PT boats were assigned to carry him and his family part of the way.  The way I heard it, the reason there were so many PT boats there to begin with was that someone thought that the Philippines could build an entire self-defense Navy out of them.  Supposedly, enough of the inexpensive boats could drive off an invasion fleet defended by capital ships!?!

However, other than the MacArthur evacuation, and a certain Kennedy having his PT boat rammed by a Japanese destroyer while it was idling in the dark, I do not recall hearing of any great PT boat exploits (and McHale's Navy does not count).  Did PT boats ever live up their hype versus more conventional naval forces?  Did they have any great accomplishments in the Pacific war?

Amphibious warfare, right? Went from a military shorthand for "really bad idea" to something that we did often enough to get quite good at it. Was thinking about it, and... I'm having trouble thinking -why-, exactly, this happened.

It's easy to say "oh, technical advances made it possible", but which technical advances exactly? Things like carrier-based recon and portable radios landing with the troops could help, to be sure, but I don't know that they're deal-breakers. Infantry weapons didn't improve all that much in between the two wars, excepting more portable flamethrowers, and that's not really decisive either. Certainly tanks were a lot less influential in a landing than they were afterward (though it could be said that they are instrumental for a breakout, maybe?)

Nor do the landing craft represent a huge scientific leap forward - they have a lot of features to overcome various engineering problems that you encounter in landings, like the recessed propeller design and the retracting anchor, but all of these are things that could have existed in 1910.

Was it just a problem of doctrine? Something people assumed was the case, until other people fixed the problems that were making it difficult? Put more simply, could someone have gone back to 1905 with a bunch of army manuals, convinced the Marine staff, and had the necessary doctrines and equipment by 1915?

I like the PT boat one too, mind you. ;p

I think the answer to "Why did it happen?" is obvious: there wasn't any choice. Those islands had to be taken, and that meant landing on them.

Sometimes they lucked into little or no opposition (e.g. Guadalcanal) and sometimes it was very hard (Tarawa) but there wasn't any other way.

4 You've got the wrong end of that one, Steven. I don't mean "why did it happen?" (Like you said, it had to happen, so it did...) I mean "why did it not happen previously?" Mind you, that kind of discussion could easily boil down to "because the Dardanelles didn't work"...

Or maybe it's just a matter of materiel - you need to have significant shipping resources to nourish a lodgement, and good control of the surrounding sea lanes.

Maybe I'm just not up on the history of amphibious landing disasters from the 17th-19th centuries? I'm just wondering how it became a truism that you couldn't land forces on a beach held and defended by the enemy.

5 There were *plenty* of amphibious landings in the 19th and 18th centuries, it's just that they were generally aimed at undefended beaches.  Burnside's amphibious force (which eventually became the Ninth Corps) comes to mind.  Same with the riverine advances in the ACW western theatres.  So the question is "why no amphibious assaults"?

Well, first off, for most of history, it wasn't necessary to assault across a defended beach.  Force density was so diffuse that you had to deliberately seek out the enemy - there was always a flank that you could land unopposed beyond.  Naval amphibious forces could outrun the enemy reaction force and get across the beach before somebody was in position to open fire.  Even during the ACW, it wasn't like they ran tactical railroads down to the beaches.  Forts would be assaulted by landing in their operational rear & assaulting on dry land - see examples like Battery Wagner in Charleston and Fort Fisher outside Wilmington.

It was only when increased force density and advanced capacity for dry-land mobility conspires to put the beach - all the beaches - within reach of the armed reaction force that the amphibious commander is compelled to make an assault out of the water.

I was just reading Austin Bay's short book on Ataturk, and he noted how Mustafa Kemal had enjoyed the experience of having been involved in a failed amphibious attack in the vicinity of Gallipoli during the First Balkan War.   He had seen a Turkish force make a landing just up the Sea of  Marmara from Gallipoli in an attempt to flank a Bulgarian force, and took so long getting off the piers that the land-based half of the pincer movement was slaughtered before the amphibious element was engaged.

In fact, the initial Gallipoli landings were successful, the troops got across the beach without a serious check. The attack died on the hills above the beach, where Kemal's reaction force famously fought to the death - "I  am not ordering you to attack, I am ordering you to die" - in order to buy time to bring up enough troops to seal off the beaches.  At that point, the offensive failed for the same reason that the Western Front was static - no flanks, and assault technique wasn't advanced enough to overcome trench-defense tactics.

Honestly, I can't see any way that the Gallipoli offensive could have succeeded without some combination of more advanced forward observer communications and tracked transport.  There were too many defensive troops in the theatre to do it the old way, and no way to bring the localized advantage in ship-based artillery to bear or localized advantage in infantry off the beach in time to overwhelm the troops in the locality.

6 How about something about the Third Reich's airborne supply efforts for the DAK via monster gliders and seaplanes?

Gallipoli would have succeeded if the Allies had more surprise (One of the dumber things Churchill did was to order a bombardment of the Turks months before the landing, to show British displeasure.  It ended up showing the Turks the deficiencies of their defenses.  Then there was the landings conducting just before the main assault by the Royal Navy, which showed the region was incredible weak on defenses - to the Turks.), launched the invasion sooner, actually show urgency in getting off the beach (More a problem of the leadership - and Ian Hamilton had been clear about the need to have good ,capable generals in command of the assault force, instead of the out-of-retirement retreads, Western Front rejects...And Hunter-Weston, that he got.), had more effective minesweepers, better coordination of their firepower.  The British did not even need all of them, just some.  And note on the beaches the landing force faced defenders, the attack took heavy casualties but still managed to drive the defenders off.  In retrospect, Gallipoli was Dieppe, a classic example of how to do everything wrong, when it was well within their capability to do it right the first time.  The USMC drew the correct conclusion that far from proving amphibious assault was impossible, Gallipoli prove the importance of getting the different parts of an amphibious assault operation right before you tried it.

Re: Siergen.  See this might help answer your question.  I do think you might be too harsh on MacArthur in this example, since he was ordered to leave the Philippines by FDR.

Re: The Old Man.  Not sure of what you are referring to.  Are you talking about the resupply and reinforcement effort of Army Group Africa during the Tunisia campaign?  In that case, why not have talk about the F-Lighters?

Military buffs might be interested in Japan's Imperial Army by Edward Drea, which is probably the new standard reference in English about the IJA; and After Stalingrad by David Glantz, which just saw a paperback version released.  I am currently working through The British Pacific Fleet by David Hobbs which seems pretty good so far.  And for the old grognards, Hyperwar has finally put up From Stalingrad to Berlin to go with the other histories published by the US Army.

I think an article about the Royal Australian Navy's role, and performance, in the Pacific war would be fun to read, and fun to research.

It wasn't trivial. HMAS Australia was one of the first major ships to be hit by kamikazes, for instance. (The official history of the RAN claims that it was the first but others dispute that.) And RAN ships served with the US Navy through most of the war, even before the RN had a significant presence in the theater.

9 I was fascinated by Brickmuppet's post on the events in Japan between the bombing of Hiroshima and the surrender: http://brickmuppet.mee.nu/66_years_ago.  Of course he covered it pretty well, so no need for you to duplicate that.  But in a similar vein, I'd be curious what kind of reaction there was to pivotal events such as Pearl Harbor, Midway, Iwo Jima, etc.  The political/public relations side of events isn't necessarily your cup of tea, but it's the same saucer at least.

10 I did not mean to disparage General MacArthur for his ordered evacuation- sorry if I gave that impression.