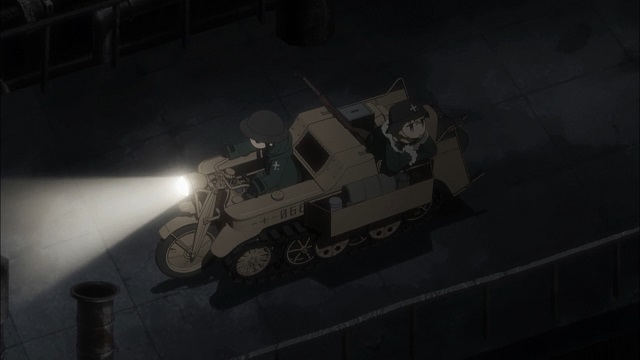 -Girls Last Tour, Ep01
I've always thought that halftracks were neat.  It's a truck with treads!  It's a tank with the front of a truck welded on!  It's chocolate in peanut butter!  They really were a great idea, but overly complicated to keep running and much more expensive to build.  I mean, sure, they had better off-road skillz than a wheeled vehicle... until they threw a track.  At least with a truck, you can keep moving with a flat tire.  All you could really do when you were missing a track on one side is go in circles.  While halftracks are actually still in use by militaries here and there, particularly Israel, for the most part they stopped being common by the '60s, when the surviving WWII-era vehicles finally wore out.  The Kettenkrad, above, was the smallest halftrack in common use, the Wehrmacht using it as a tractor for light artillery pieces and as a tow vehicle for the Me-262 jet fighter.  It looks like a tankette and a motorcycle had a child.  What I didn't realize until recently was that it didn't entirely steer using the front wheel.  Turn the handlebars past a certain angle and the inside tread locked, allowing the other tread to push the kettenkrad into the turn.  That's kinda good thinkin'! 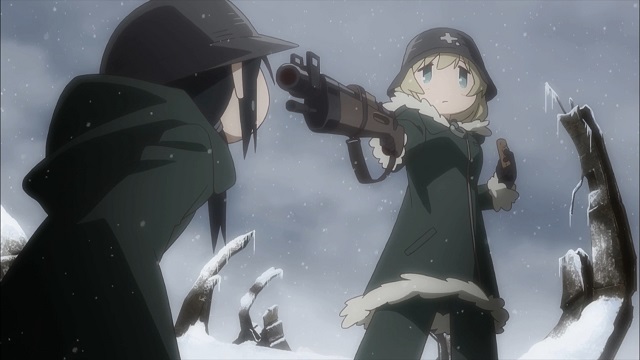 Oh, the show?  It was the only series this season that I was really looking forward to, because I've seen the manga here and there and it looked interesting.  Turns out to be the cutest, most relaxing post-apocalyptic journey story ever!  I mean, except for the picture above, but even that's adorable... mostly.  Other than the gun part.  The situation isn't quite as serious as it looks.  Mostly. 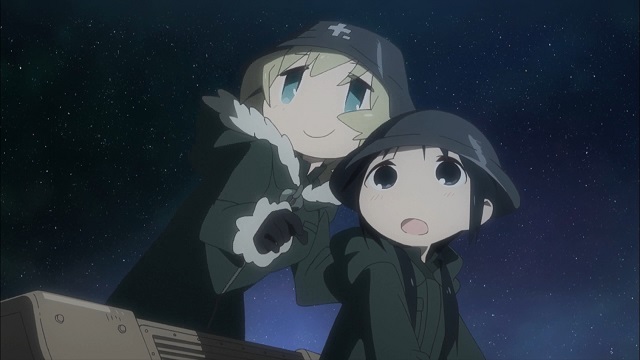 This is going to sound strange, but Girls Last Tour feels a lot like Flying Witch.  Oh, they're really nothing alike, but they both have a sense of calmness to them.  Which is quite surprising, considering the two are travelling through a country devastated by war.  We don't know where they're travelling to, and it's not clear they do either.  At the moment, they just are.  There's probably a serious story lurking underneath it all, but I kinda hope not.  Sometimes, two moeblobs travelling around in a kettenkrad is all you need.

1 It's the first thing I've watched this new season which I immediately decided to queue up for the full duration.

The rest has been somewhere between "eh, maybe?" and "oh eff no." Sigh.

2 Yay, some fresh potatoes to replace Made in Abyss!

3 There's a Kettenkrad in one of the books in The Laundry Files.  Might not be exactly to spec because I think they retrieved it from an alternate universe, but the book does reference the steering.

I will freely admit to not getting the appeal of Girls' Last Tour.  Even the military hardware does not get my interest in it.

I already started dumping series, but so far, Just Because! has the greatest potential of the season for me.