Random Anime Pictures #133: Best Laid Plans I had a fantastic idea for a post involving one of the last scenes from New Game!, I'd been working it over in my brain all day at work, had it nailed down perfectly.  You would have gotten a look inside the brain of Wonderduck while connecting it together with the show.  I think it would have been a really good post.
And then I got home, watched the scene again... and realized it had absolutely nothing to do with what I had been thinking.  Total fail, and there's no way I could twist it to fit.  So here's a picture that fully fits my mood. 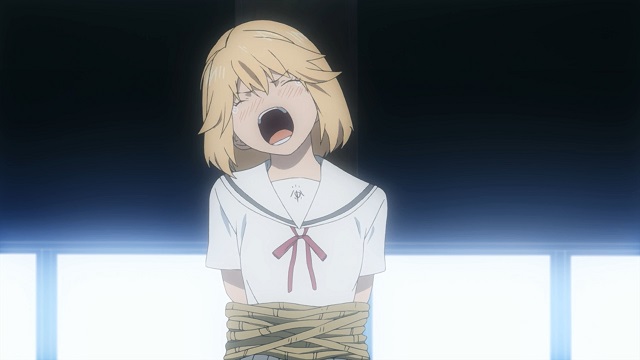 It's the weekend, at least.

1 Kinky, but she should be able to slip out of that.

2 I've had that happen.  Work up an entire post that I think will be brilliant; but when I review I realize I was wrong about something or missed another point that screws everything up.