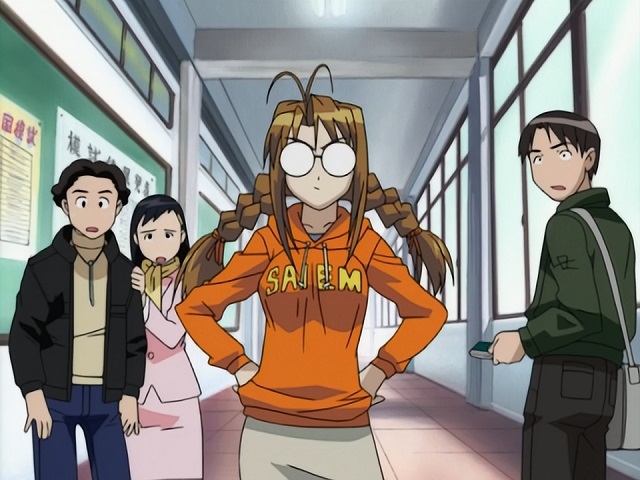 So what happened to Love Hina, anyway?  It went from ridiculously popular to viewed with some vague distaste by a large segment of the community, on those rare occasions its mentioned at all.  Heck, it was even one of the first series available via digital fansub. 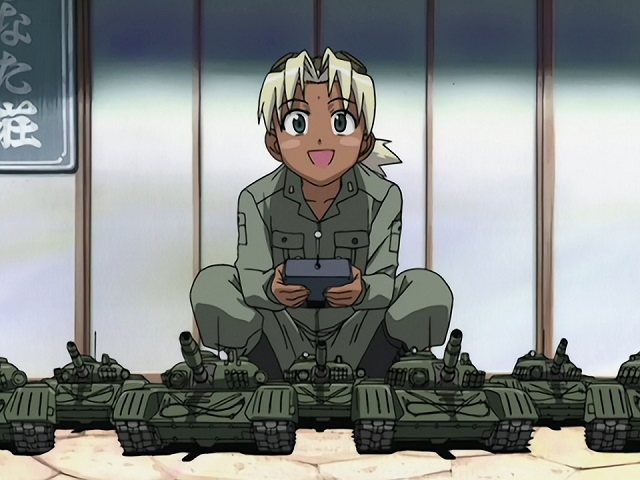 It's goofy, it's fun, it's got plenty of fanservice, but at its core its a romance between two people that are perfect for each other, but can't quite admit it to themselves yet.  While I think the manga is better than the anime, I enjoy them both. 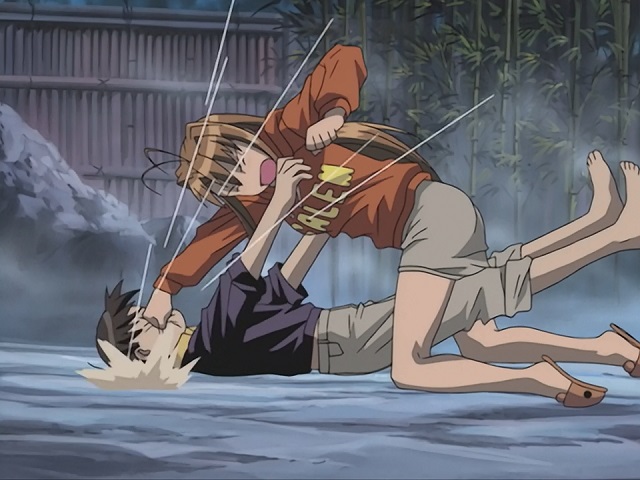 So why the dislike for the series?  Is it the violence perpetrated upon the main character?  Do people think the animation hasn't aged well?  Or is it just too goofy anymore?  It's a classic series, though nobody will put it on any best-of-all-time lists.  It's a heckuva romp, though.

1 I wasn't a huge fan of the anime, but my copies of the manga are fairly well worn, I've read them from start to finish at least three times over the years, and I can't begin to count how many times I've re-read just the last four books.

2 For all the anime I was watching back then, somehow this show didn't really ping on my radar. Hmm. No idea.

3 For me it just went on too long.  When you already know the ending, finding new ways to drag it out just got annoying.

4 Part of it is that it got upstaged by Negima, which was vastly better in every way.

5 I disagree with both your assertions, Steven.  The first Negima series came out five full years after Love Hina, which hardly makes it a competitor.

Secondly, calling it "vastly better in every way" is pretty much nonsense.  If it had been, I wouldn't have stopped watching, hm?  There are enough similarities that Negima should have hooked me... and it didn't.  The whole "10-year old main character being looked at as a love interest" thing is enough squick, thanks.

What happened there was that Akamatsu was tired of doing harem stories, but the magazine insisted he do another. So he deliberately created something that looked like a harem but which totally subverted the genre. Of course it was squick -- he deliberately made it squick.

And then, over time, he converted it into what he really wanted to do: action adventure. And as ratings went up, the magazine let him -- and that's when Negima really hit its stride.

The first couple of years of Negima wasn't really very good -- and Akamatsu himself knew it. He was still running under the iron dictum from the magazine that he do another harem story.

But once he broke free from that, Negima became better than Love Hina in pretty much every way. For one thing it actually had a story to tell, which Love Hina didn't really AFAIK. As you yourself said, it was always obvious which girl was going to be the one in Love Hina.

But in Negima we had the story of what was going on with Negi's dad, and there was the entire Magical World arc. Plus a lot of the characters, particularly several of the girls in Negi's class, were fleshed out nicely as characters and not just as massively eccentric haremettes.

7 I experienced this very reaction the last time I tried to read through the series again.  I got about halfway through and just realized I no longer had the patience to deal with another 7 volumes of "never mind if there's a plausible explanation, Keitaro's a pervert so let's hit him."  The fact that he does tend to bring at least a measure of that on himself doesn't help so much as it makes me want to hit him too, for being such a dope he can't remember to knock on a bedroom door after the nth time.  Even animals learn not to stick their noses where it hurts.
Love Hina just runs way too long and leans way too hard on the Idiot Plot button.  I still have some lingering fondness for Akamatsu lurking in a cockle or two, so maybe someday soon I'll give Negima a further look...once I can figure out the whole Negima/Negima!/Negima?!/Negima!?#@^$% titling thing.

Don't bother with either full length anime. "Negima!" is based on the earliest part of the manga, when it was still a harem show and was lousy. "Negima!?" is a loose adaptation which borrows the characters but doesn't even remotely try to stick to the canon.

There were some OVAs which did stay true to the manga but they come out of later parts of the story, so jumping into them early will just confuse you.

Those OVA's are the best part. Unfortunately they're not good as stand-alone stories, and they don't tell a continuous story, but jump around instead.  The exception is Yue's, where she's amnesiac and enrolled into the Magic World's magic school.  It's self-contained, and really good.  The one immediately before it requires some knowledge of the manga/story, but is also very good, at least in the latter half.

Sigh.... I'm still pissed over that abortion of a series ending, and refuse to read UO because of it.