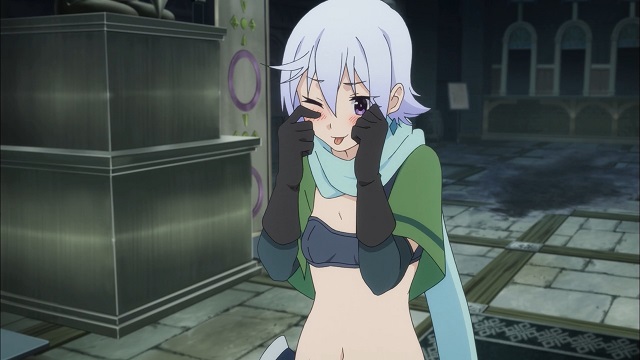 So over at Ubu's place, and might I say that it's mighty good to see him blogginatin' with some frequency again, he was talking about this oddball show called, and I quote, "Kono Subarashii Sekai ni Shukufuku wo!"

As that's quite the mouthful, some bright spark shortened it to "Konosuba" and we'll leave it at that.  Anyway, it's a sendup of the old "dead useless guy is brought back to life in another world to save it from The Evil" plot.  In this case, dead useless guy is still useless, and the harem party he forms around him are ridiculously powerful... and totally useless.

Like the paladin Crusader that's so clumsy that she literally cannot hit anything offensively.  She does, however make a great wall.  Good thing she's a masochist.  Or the wizard who is strong enough to cast the most powerful offensive spell, "Explosion."  Except when she does, it uses all of her power for the entire day... can't even stand up afterwards.  Oh, did I mention that it's the only spell she knows?  Terrible against a single enemy... not bad against hordes of flying cabbages, however. 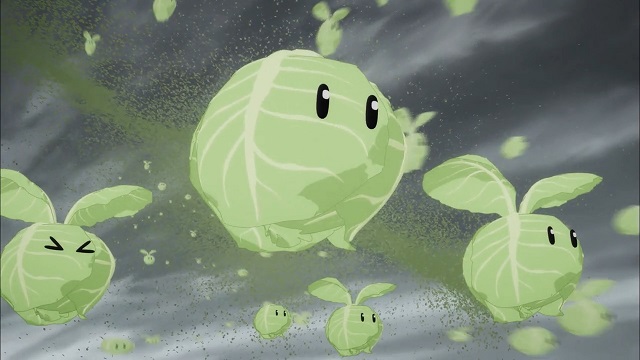 Why would you think I'd joke about something like that?

Then there's the Goddess.  I mean that literally: she's an actual Goddess.  She's great at using holy water for healing purposes, and for being eaten by giant toads, but otherwise?  Dumb as a box of hair, and totally incompetent.

Then there's the lass up at the top of this post, Chris the Thief.  She actually appears to be useful.  We meet her at the beginning of Ep03, then the flying cabbages come and she disappears.  Totally gone, and nobody seems to notice or care.

It's managed to keep my attention through three episodes... so there's that, I suppose.  It's not high art, but it's okay. 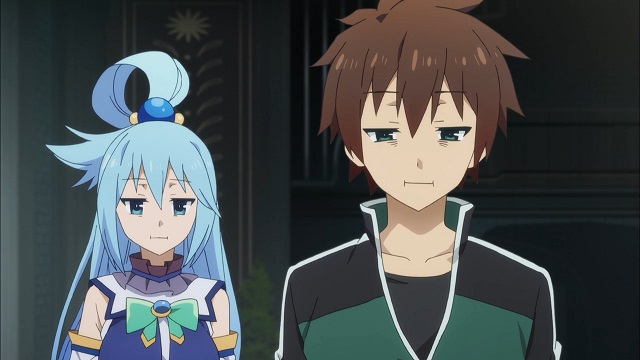 I found KonoSuba to be the best of the winter season, in no small part because of how it plays with the tropes of the 'trap in another world.'  It is much more amusing and entertaining than, say, Grimgar.

2 I had nothing I wanted to watch this season until Ubu wrote about it. I pulled down the 10 episodes that were available and I'm starting on them.

Then out of sheer masochism, I pulled down the prequel to Muv-luv Alternative, and just in the first episode... The stupid... it burns! (I never posted the review I wrote, aside from timeliness issues, after re-reading it, it made no sense, even with liberal doses of sarcasm.)

Chris was a good character. I wish she'd been in more of the show, but she was too competent to add to the party.  Although, by the last episode, there's signs that the party might be gelling due to  the MC figuring out ways to use them.  This is probably a good thing; if they remained totally incompetent, the joke would get stale.   Assuming they can stay out of prison for that last little bit of lesse`-majeste

Don't know if you caught the update, but a second season is in the works.