Post-Turkey 2017 Hey everybody!  Did y'all have a happy Thanksgiving?  Or, for those members of the Pond Scum that aren't in the US, did you have a good Thursday?  Mine was... actually not so bad at all.  I'm not going to the Old Home Pond for The Meal until Saturday, so I got to do something I've wanted to do for a long, long time: I watched football on Thanksgiving. 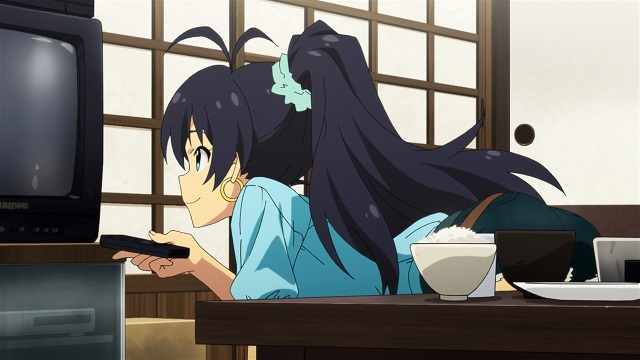 That I had no rooting interest in any of the six teams that played today is of no importance at all.  In fact, that made it better in that I didn't care about the results, so could just watch and enjoy.  I watched the entirety of the Vikings/Lions game, listened to the Chargers/Cowboys which wow was awful, and gave up on the Giants/Redskins somewhere in the second quarter and took a nap.  Not a bad day at all, that.
What about you folks?

1 Our son threw up, but that gave us an ironclad excuse to leave early (it was way too noisy). So, mixed blessings.

Wasted time on Social Media, roasted a chicken (Bachelor Turkey!), and did a little bit of writing. And watched Your Name.

4 Mauser, she's Hibiki, one of the many Idolm@ster girls that isn't Chihaya, Makoto, Rin or (particularly) Anastasia, and thus only occasionally worth noticing.

5 Hibiki is from Okinawa, which makes her worth noticing.

6 We played video games, ate a nice quiet dinner at home (ham, twice-baked potatoes, creamed corn, cheesy muffins, and pumpkin pie), then watched (stream-rented on 'zon) The Hitman's Bodyguard which delighted us far more than originally expected. Then I did dishes and went to bed.