Playing The Anime: Clannad (Tomoyo's Route End) Wow.  That was... intense.  Usually in this sort of game, the climax comes when you get the girl to kiss you (or something along those lines), but in Tomoyo's route, that comes when you're about a third of the way through. 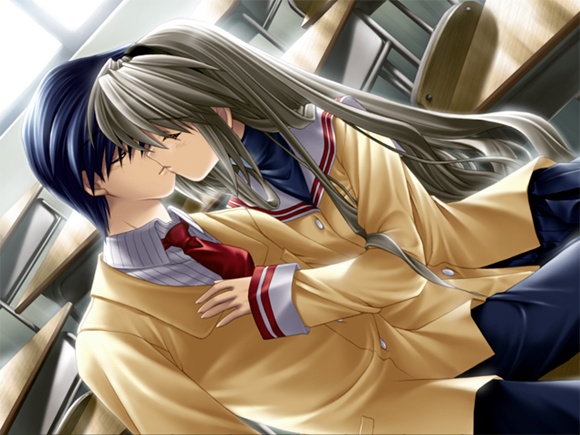 In the end, it boils down to "Boy meets girl, boy gets girl, boy loses girl, boy regains girl", which is pretty much the Original Trope for all fiction, more or less.  Turns out that the protagonist is actually a pretty good joe when all is said and done, and despite the emotional wringer the plot puts him (and us) through, all turns out okay in the end. 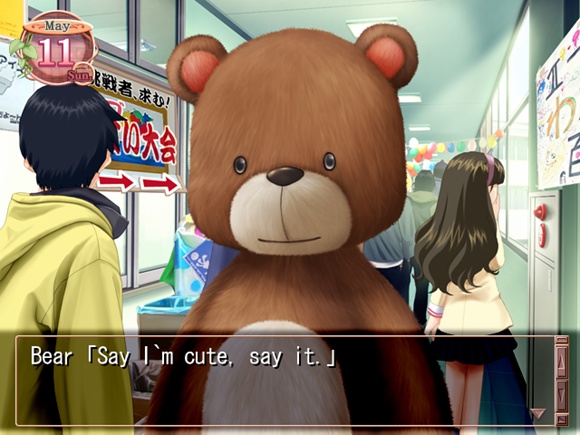 Jason over at DbD has been playing the game as well, and has a great recap of Tomoyo's route (which I've been avoiding reading for some time).  Like him, I want KyoAni to animate this whole thing instead of just the OVA (which I've been avoiding watching for some time)... the 56 Hit Combo would be impressive as all get-out, considering it's done by a bear. 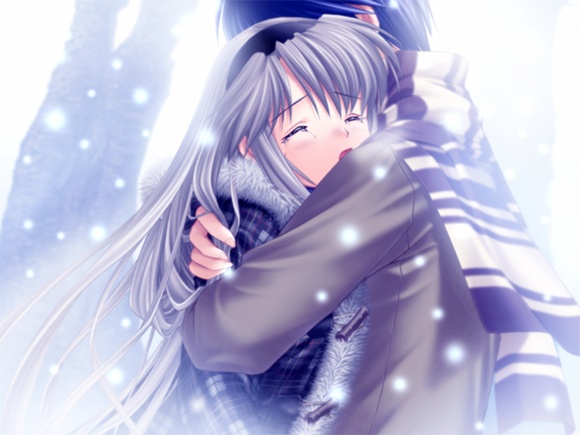 But even this scene isn't the end, as there's a short epilogue which wraps up the loose ends quite nicely.  As a piece of fiction (game or no), it's really quite good... and, like Jason, I too lost track of time during the run to the end.