Once Upon A Time... Back in the days before the Duck U Bookstore, heck back before the days of CowPuters, I worked at the local news-talk radio station as a buttonpusher show producer on a fill-in basis.  I did have one regular shift however... the Sunday Morning Church shift.  I mean, it started at 6am with the Catholic Mass in Swedish, for heaven's sake, pun not intended.  The Salvation Army had a recorded program, there was a program I literally never paid attention to except to make sure it was still running, there was the live-in-studio show with the purple-suit-clad preacher who was, eventually, removed from his position in his church because he got a little too close to some of his female parishioners, and then there was the show I privately called "the church ladies." 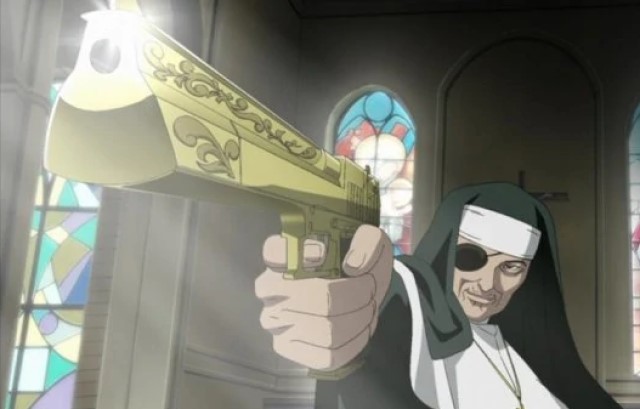 Yeah, kinda like that, except not at all.  The preacher in purple I mentioned earlier?  The church ladies usually matched him sequin for sequin when they came in, spoke loudly and cackled even louder.  But their chat show took place in and around gospel music songs... and since I was the button-pusher I had to pay attention for the cues and stuff.  And along the way, I discovered something: gospel music could be quite good.
I found out today that one of my favorite groups from that show, The Blind Boys of Alabama are still recording, and what I was playing for the Church Ladies was already 30 years old at the time.
Really, there's no reason for this post other than to mention that.  Have a nice day!

1 Didn't need no more reason than that. Good reason, really!

A very long time ago, I was watching the daily The Tonight Show with Jay Leno, which had The Blind Boys of Alabama as the night's musical guest.

Most musical acts that I watched on The Tonight Show have long since faded from memory.  The Blind Boys of Alabama was one musical act that has not.

3 Where did you find that top picture?  A cross-dominant nun... that has so many double entendre possibilities I can't even pick a joke and punch it.

5 Eyepatch Nun with a Golden Gun. OF COURSE that's from Black Lagoon.