Oh My Aching... Um... Everything. I should have known better.  Any day that started the way today did deserves to be drowned right at the beginning.  I mean, it started with my alarm going off at 615am... that right there makes it a bad day.

It also involved me getting into the shower without a washcloth.  But that's okay, because I also didn't have a towel.  I managed the rest of the pre-going-to-work routine without incident... even put on my shirt correctly... and headed out into the HOLYCRAPWHERE'DALLTHEHEATGO to get the DuckMobile warmed up.

Walking towards it, I saw there was some small amount of snow covering the right side of the car... y'know, the type that'll blow away the moment you put the car in gear and barely touch the accelerator... so I change course, brush it off with my glitten-covered hands, then begin walking around the rear of the DuckMobile, heading towards the driver's side door.

I'm sure my readers who live in the Midwest may have noticed a small earthquake around 745am central time.  I need to apologize for that, as it was my fault.  My bad.  I rounded the corner of the car, made it about even with the license plate ("WNDRDUK"), when the invisible asphalt weasels reached up and grabbed my ankle.  Next thing I know, I'm headed towards the surface of the parking lot at fairly high (and increasing!) velocity.

Left knee hit first, followed by the right knee, my face, and then the rest of me.  I'm lying there, spitting out snow and meltysalt, probably looking like a particularly comedic walrus, and all I can say is "ow."  Yeah, that's me, Mr Witty Repartee, in the flesh.  I haul myself to my feet, get to the driver's door, and where the fsck are my keys?  Sure enough, they were lying there, in the middle of the Khumbu Icefall, right where I dropped them during my failed attempt at a gravity turn.  Fortunately, my recovery mission did not result in Impact: Parking Lot 2: Electric Boogaloo.

While I drove in to the Duck U Bookstore, I began to realize that I might have done myself some harm.  The giveaway was the intense throbbing in my knees, though it was with a sense of relief I noticed no marks on my face... surprising, considering that it felt like I left an imprint of my chin in the concrete.  Not because I'm vain about my looks... after all, I know what I look like... but because customers find blood and open wounds to be off-putting.

By the middle of the day, I could feel my left knee stiffening up something fierce.  Great, just swell!  Then the student came in to sell some books back who decided that since I wasn't offering 200% back on her titles, it was okay to start swearing at me.  It's not like I'm unused to that... during Finals week, I'm the most hated duck on campus, after all... but on top of the rest of the day, it was quite the moment.

So eventually the day ended, I limped out to my car, picked up some stuff at the grocery store, came home, and took another header in the Icefall... this time while carrying two cases of soda.  It should go without saying that once again my left knee discovered that gravity ain't just a good idea, but the law.  The bruise should be amazing.

So here I am, blogging, and I've got to go to bed and do it all over again tomorrow.  I love my life and everything about it right now. 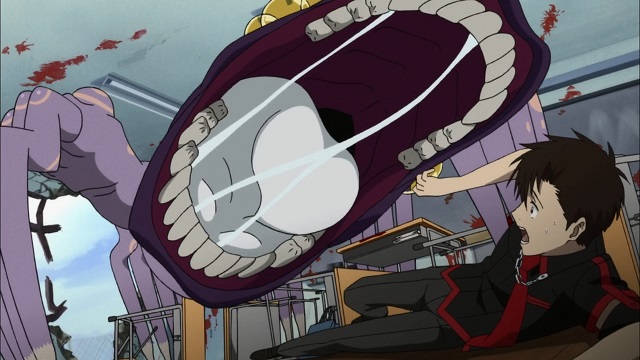 1 Ibuprofen 600 mg NOW, Wonderduck (unless you took it already). It has anti-inflamatory properties which may be vital.

3 Wonderduck,  get well quickly!  I enjoy reading your blog, alongside of Steven, Brickmuppet, and others.

4 I feel your pain, man. My first encounter with slick ice a couple years ago landed me right on my ass. After this one, I've had it, no more! I'm moving to the tropics.
Well, I was anyway...
Icepack, yeah. Save the hot soak for day 2.

5 Then the student came in to sell some books back who decided that since I wasn't offering 200% back on her titles, it was okay to start swearing at me.

If your bosses won't hire an assistant manager to help you run the bookstore, the least they could do is hire a bouncer to deal with people like her.