Ofergawdssake... So I got up at 8am, all set to settle in and watch what I was sure would be an exciting Quals for Spa.  As I'm brushing my teeth, my cellphone rings.  It's the Regional Manager, saying that I need to get to the Duck U Bookstore as soon as I can... seems something happened involving some water, a leak of some sort, and I needed to let people into the store.  This has occurred in the past, no big deal... though it hasn't happened since they fixed that pipe.

Shrugging, I threw on some clothes and drove into Duck U., cursing my luck.  After all, today was my first day off in two weeks.  I get there, walk into the building the Bookstore is located in... and THIS is what I see: 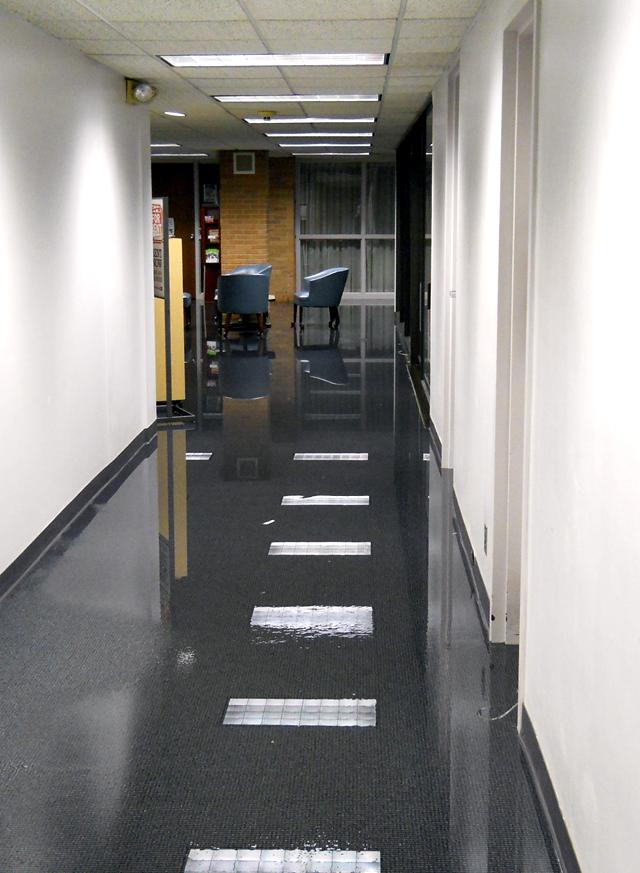 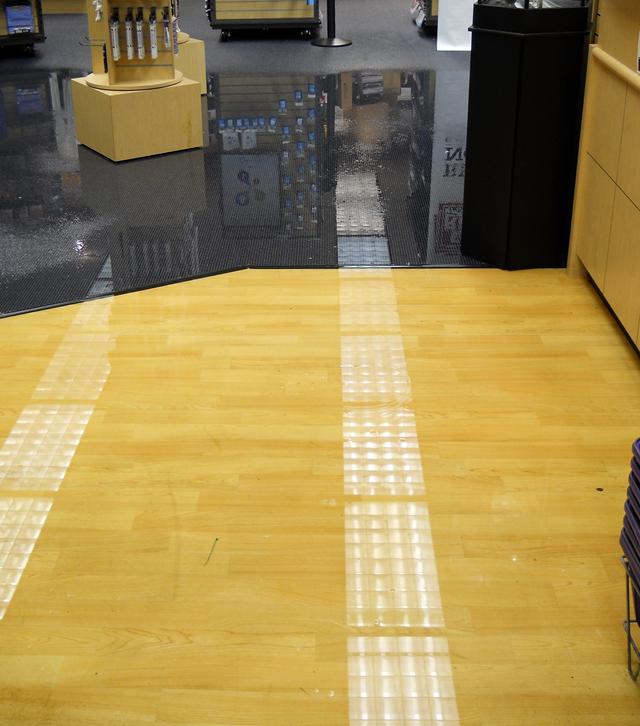 It might be hard to tell, but there's about a half-inch of water covering everything, up to the "high water mark."  Past that, it's just seep into the carpet.  We only lost about six or eight textbooks, but a metric farkton of sweatpants were ruined too.

Unfortunately, it took the disaster recovery team all frickin' day to set up six fans and two big dehumidifiers.  I didn't leave until 545pm, and I've gotta be back at 8am on Sunday.

So much for my weekend off.  Now I'm looking at working three weeks straight.  On the plus side, I might get to watch the Quals session sooner or later.

Where did the water come from?

2 A small crack in a water pipe that went unnoticed for about three hours.  It could have been worse, but SUNUVABEECHMARTIN!


Where did the water come from?

It's not MY fault.

5 I can't believe he let that perfect opportunity for a rubber-duck photo go to waste.  I guess he still hasn't fully recovered from Rio...

6 I was too busy trying to save floorstacks of textbooks and getting everything away from the wet sweatpants.  By the time I had done that, the cleaners were sucking up the water.

7 was holding my breath all day wondering what happened.  krazy krap if you ask me.

8 Ladies and Gentlemen, a member of the Duck U Bookstore staff!

11 Wow.  When I first looked at the photo, I thought, "What, the shiny floor?  The chairs?  Wait, there's something wrong with that shiny...ohhhh."

If there was some way you could send it to Texas, I'd take it.  Not really an option, though....sorry.