Now It All Makes Sense! I've figured out what happened to Comet ISON! 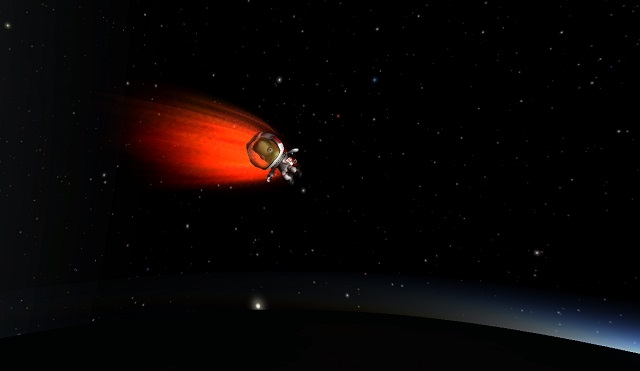 I really didn't mean to do this.  Billy-Bob Kerman was doing an EVA... for SCIENCE!... and apparently the orbit of the Delta K's capsule dipped just a smidge too far into the atmosphere. 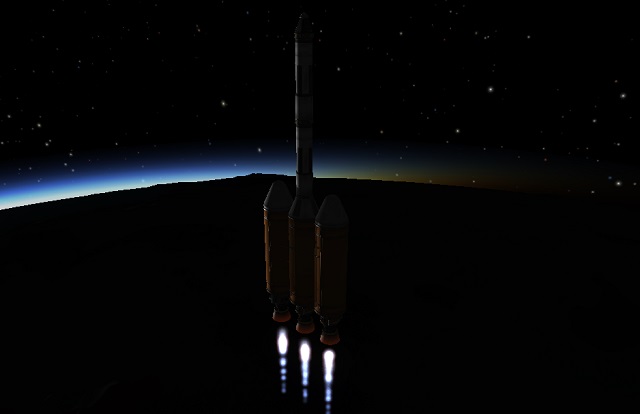 I swear, I was just as shocked as Billy-Bob when he slowly drifted away from the capsule.  It didn't take long for the inevitable to occur, while I sadly watched, realizing this meant the mission was a failure.  And that I'd have to hire a new kerbalnaut. 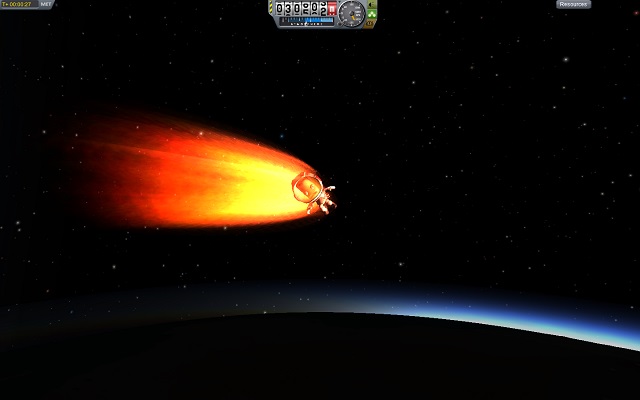 It became clear that this was a very shallow re-entry... indeed, I must have just barely brushed the actual atmosphere because Billy-Bob fell forever.  In fact, as soon as the flame went out, the wind vortexes appeared, and that's NEVER happened to me before, on any reentry. 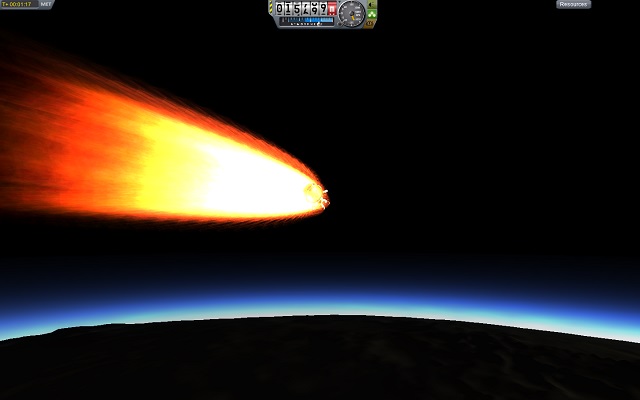 On the plus side, however, I discovered what happened to Comet ISON... which is nice.  Comet Billy-Bob must've looked beautiful from ground level.

1 I'm still playing with the demo, but I managed to get the big, 7 Stage rocket into a stable, round orbit on the second try, and bring it back down.  I still have no idea how the stack controls down the side work, and I actually had to click on the engine and bring up its controls to fire the second engine.

Oh, and that's not counting the time I completely blew it on launch and disassembled the thing in mid air, ejecting the solids without the liquids firing, and watching the spacebar NOT light them off.

2 (and I'm wondering if my comment over on Brickmuppet's blog inspired this...)

3 Somehow I had come away with the impression that they didn't ever actually die. Did Billy-bob hit the ground? (And walk away?)

4 Oh, they die alright.  They're resilient little critters, but there are limits, and surviving an EVA reentry is way, way beyond those limits.

Too bad he didn't have a MOOSE.

5 Billy-Bob did indeed hit the ground in a poof of smoke and the sound of someone falling into a swimming pool.  Unfortunately, he did not walk away... until I reverted the flight back to the VAB, where he suddenly was perfectly healthy again!