Not Bad... For A Lieutenant. 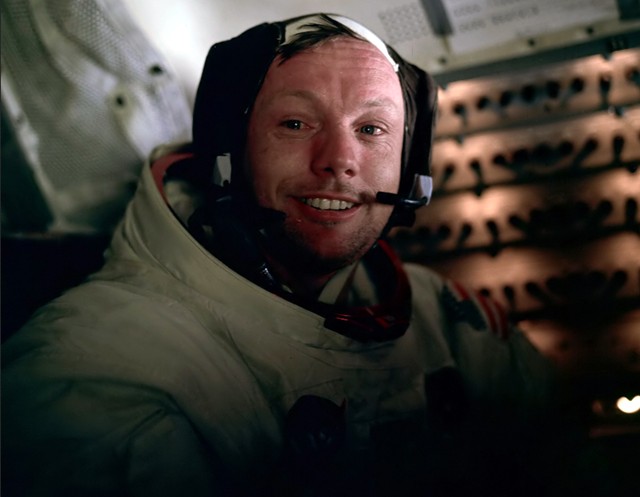 Neil Armstrong, the first person to walk on the Moon, passed away today.  He had been ill since having cardiac surgery at the beginning of the month.  The term "hero" is bandied about a lot these days, but if there ever was a man who deserved the title, Armstrong would be him.  He was a Naval aviator for two years, reaching a rank of Lieutenant (jg) in the Reserves.  He resigned his commission in 1960.  He received his engineering degree from Purdue, became a professional test pilot, and flew both the X-1b and X-15.  He was one of the first pilots selected to fly the (failed) X-20 Dyna-Soar project before joining NASA's astronaut corps.  He'd become the second civilian in space (behind the USSR's Valentina Tereshkova) during the less-than-successful Gemini 8 flight.  His next, and final, spaceflight was Apollo 11.  After that mission, he resigned from NASA in 1971, taught at the University of Cincinnati until 1979, then entered the business world until 2002. 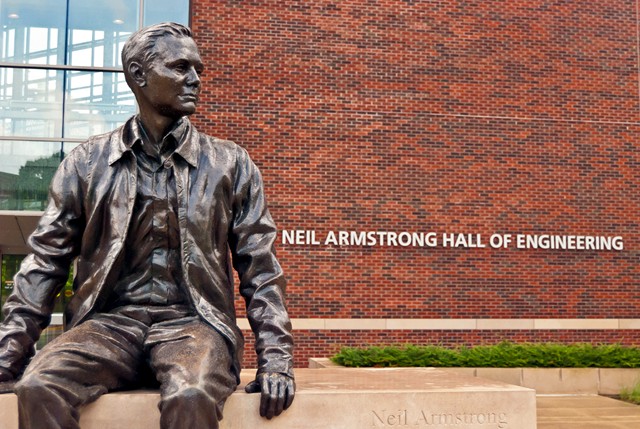 Momzerduck once told me that I watched Armstrong's walk upon the Moon.  As I was 15 months old at the time, I don't remember it, but she always said that's why I became such a space nut.  If so, then I need to add my personal thanks to Neil Armstrong.  I never met him, but he apparently had quite the influence on me.

Through it all, though he's famous for walking on the Moon, he was first and foremost a pilot.  The following quote is as good a way to remember that fact as any, and better than most:

"Pilots take no special joy in walking: pilots like flying. Pilots generally take pride in a good landing, not in getting out of the vehicle."
- Neil Armstrong

He'll be missed.  He'll be remembered.

UPDATE: Armstrong's family released a statement this evening that ends with this wonderful sentiment: "For those who may ask what they can do to honor Neil, we have a simple request. Honor his example of service, accomplishment and modesty, and the next time you walk outside on a clear night and see the moon smiling down at you, think of Neil Armstrong and give him a wink."

You know how you count links to people? I'm two away from him.

When I was a cub engineer at Tektronix, on my first big project, my software project leader was a guy named Dave.

When he was a cub engineer, he worked on a project to develop a lunar landing simulator for NASA to allow Armstrong etc to practice.  It worked, too. But it was damned difficult to successfully land the thing. As part of their testing, they all tried it and they all crashed in one way or another.

He said that Armstrong showed up there one time to try it out, and landed it perfectly on his first try.