Night Of The Cuban Over at friend Ed's place, a discussion of the potential lifting of the Cuban embargo ended up with me mentioning that I've had a Cuban cigar once, but that the explanation would be much longer than a simple comment could handle.  Settle in, my friends, for this is that explanation!

The time is around 1994 or so.  My failed attempt at Grad School has seen Our Hero return to Duckford in disgrace, the sort of disgrace that only the person who had always succeeded can experience.  Our Hero makes his way through life but reluctantly, a simmering anger behind his every word and deed.  After making connections with his old theatre teacher, Our Hero stops being quite as much of a jerk to everybody and sees him make his way to a cool local bar (now a true hangout for hipsters, alas) as a regular thing.  To the point where the bartenders start pulling his beer when he's walking in from the parking lot; that sort of regular.  It's the sort of bar that "intellectuals" would hang out in, all hardwood floors and tin ceilings and a truly startling selection of good beers (remember: 1994... beer snobs hadn't really been invented yet) and some wonderfully tasty not-quite-gourmet food.  The sort of place that bakes its own bread fresh all day in a wood-fired oven.  A great bar with non-bar food?  Sign me up.  Anyway, while sitting there one night sipping on his Kulmbacher (no, not the German one but an inexpensive dark beer on tap that shared the name.  I've never seen it anywhere before or since), in walks Rick (all names have been changed to protect something something something).  Our Hero and Rick have known each other since high school, decent enough friends via the shared experience of being really bad at football one summer back then.  After a couple of hours of catching up, Our Hero gets an invite to Rick's Place.  He and Bob, another mutual friend who's name is changed in this story, share an apartment down by the Candy Bridge, and they recently lost a player from their weekly penny-ante poker game.  Well, sure, why not?  Our Hero is instructed to bring only pennies and at least a dozen cheap beers, the traditional entry fee for the night.

Poker night rolls around and Our Hero, armed with two rolls of pennies and a pair of six-packs of Red White & Blue, he makes his way to Rick's place.  After stashing his beers in the fridge, he gets to see the battlefield for the night. 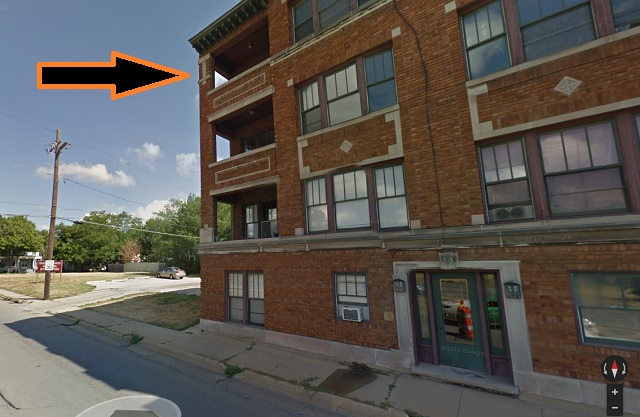 The arrow points out the apartment's open-air porch where we'd be comfortably ensconced for the night.  Not shown were the truly astounding number of party lights and xmas lights arranged around the porch, nor the ingenious curtain/tarp arrangement that kept it dry in all but the very worst pelting rainstorms.  It turned out that the expected fourth for the game never showed, and his absence was never noted again, nor a replacement found or needed.  As I learned that evening, there were a few set rules for Poker Night.


Rule #1: pennies and cheap beer only (exception: see rule #2).
Rule #2: on a rotating basis, one member of the trio brings a bottle of some alcoholic beverage... the less-known the better.  A bottle of vodka is bad.  A bottle of vodka distilled in the Cook Islands from yak hooves is good.
Rule #3: No driving after 9pm.  Players are here until they get a night's worth of sleep.
Rule #4: No cigarettes are allowed.  Cheap cigars, however, are encouraged.
Rule #5: No girls.
Rule #6 (added later): Three hours of music minimum is provided by Wonderduck, as he has the best taste.

And so the blissful summer went, drinking cheap beer and weird liquors, smoking Swisher Sweets and losing (and winning) appalling amounts of pennies.  Discoveries were made, such as Bob being unable to bluff his way out of a soggy paper bag, or Our Hero's occasional inability to comprehend the difference between two pair and four cards that look similar ("They're all black, that works, right?" "Not like this, no."  "Oh").  Catchphrases resulted: "I can still feel my toes" being the only one I remember clearly.  Obscure alcohols were imbibed, slivovitz and akvavit being two of my favorites.  Indeed, an ice-cold shot of akvavit on a hot summer night is a rare pleasure indeed, one I'm 99% sure I learned from Tom Clancy's technothriller "Red Storm Rising".

And then came the night where Rick dropped a bombshell.  He was violating Rule #4 by providing non-cheap cigars for everybody.  With a flourish, he revealed three 100% handmade Cuban cigars.  Herein lies one of the truly interesting bits of Rick's personality: he was a scrounger.  If he'd been in the military, he'd be one of those supply sergeants that could dig up a refrigerator in the middle of the South Pacific, and trade two handfuls of engine grease and a lugnut for it.  Part of it, I'm sure, was his part-time job at a party catering business... he had contacts everywhere.  It didn't surprise me that he'd come up with something illegal like that.  It's not like they weren't available, you just had to know someone.  He never said how much they were, and we didn't ask... we just settled back and lit them up. 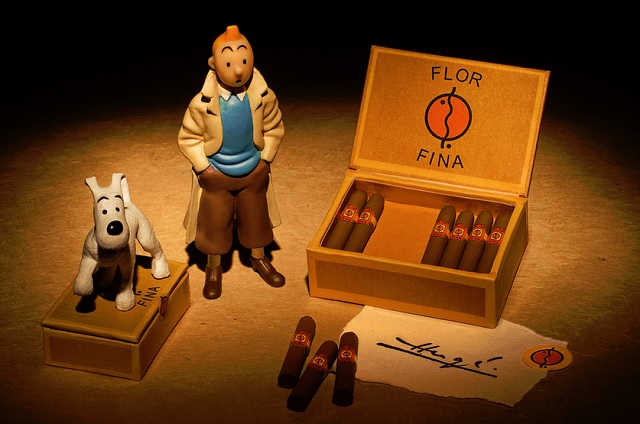 Somewhere, there is a cigar aficionado who is weeping right now, for if there is an inadequate judge of cigars in this world, it would be me.  I remember thinking to myself "this is a lot better than Swisher Sweets," but then sucking on a diesel exhaust pipe would probably taste better.  Yes, the Cuban tasted better, was smoother, and generally just an all-round good thing as far as smoking experiences went.  Was it an eye-opening world-changing event?  Nah.  It was a good smoke.  Still, it makes for a good story.

It was a good way to spend a summer.

1 They can be had in Canada, IIRC. And it's easier to smuggle them in from there than the island.

Oddly enough they can be had legally in the US.

When people try to bring them in, and get caught, they're confiscated. But the stuff that gets confiscated is then sold at auction, and people who like Cuban cigars can legally bid on them there. (Or at least that used to be the case.)

3 >the stuff that gets confiscated is then sold at auction

Amazing.  So the state doesn't have a problem with you having a Cuban cigar, no, the problem is that you didn't pay Uncle Sugar for it!  Right.  Of course.

Oh well, our looters are still somewhat less rapacious than their looters.

4 Apparently in 2004, the embargo was strengthened.  It's now illegal for a US citizen to acquire or consume a Cuban cigar, even when traveling outside the country.

The government auctions Steven mentions are real, but the cigars can only be purchased for export, not for consumption.  I assume the purchaser will then have to pay the government for storage fees, too.