My So-Called Fantasy Baseball Life I've made no secret about my love of baseball on this here blog, and why should I?  It's not like it isn't the best sport ever created.  However, there have been perishingly few references to my participation in the world of fantasy baseball... and for good reason.  It's been documented that the only thing people hate hearing about more than someone's fantasy sports team is hearing about their colonoscopies.  Well, I slept through my colonoscopy, so instead, I'm going to talk about the thing that's brought me joy, frustration and deep deep hurting for the past 25 years, my fantasy baseball team. 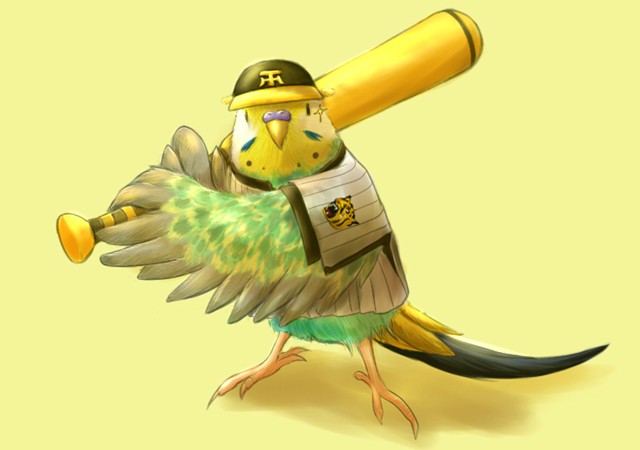 I actually own a Hanshin Tigers cap and ballpoint pen.  And a receipt for OMG HOW MUCH YEN???

For those who don't know what fantasy baseball is, allow me a short explanation...


While there are many, many different ways to play fantasy baseball, the league I'm in follows the original "Rotisserie"-style rules, so-called because the Founding Fathers had their first league meeting at a New York eatery of the same name.  In this system, teams accumulate statistics in various categories, and earn points based on where they rank in those categories.  While the original format had eight categories (four hitting, four pitching), my league shifted to 5x5 categories maybe 15 years ago.

In our league, named for a long-defunct stationery store that had a large enough room for us to have our auctions in, the categories are:

"Ratio" is the only one of these categories that isn't a more-or-less common baseball statistic.  Simply put, it's Hits Allowed + Walks, divided by Innings Pitched.  My rule of thumb is any pitcher with a ratio under 1.20 is having a very good year, and anything over 1.40 is not in fact good at all.

As mentioned, points are earned depending on your standing in each category as the season goes on.  If I have 100 home runs (and I have the most in the league), and you have 94, and the person next to you has 92, I get 10 points, you get nine, and they get 8... and so on.  In my league, we have 11 teams this year, so first place in a category gets 11 points, last gets 1.  Do that for all the categories, total the points, and you find out which team is best.  The point total changes from week to week, but the only week that really matters is the final one of the season.

Each team is made up of 23 players: 14 hitters, 9 pitchers.  Nobody is exactly sure why the number is what it is, considering that MLB teams have 25 players.  My thinking is that it's hard enough to find injury replacements during the season; those two extra players per team would make it even more painful.

(UPDATE: I realized I forgot to mention the position requirements for a team.  You have to have the following:  five outfielders, two catchers, a first baseman, a third baseman and a "corner" that can be either; a second baseman, a shortstop and a "middle" that can be either; and a utility player that can be any hitter.  There are no requirements for the pitchers other than there be nine of them.  If you want to have nine closers, you could.  There is a rule saying that a team must have 1000 innings pitched, however...)

During the season, owners can trade players, drop them from your roster, pick up replacements, reserve injured players, etc etc etc... just like the real world.  Our league uses the National League as a pool to draw from, because that's the only league that plays real baseball.  This means that if a player is traded from the Mets to, say, the Twins, you lose them (not exactly the case, but for the point of this discussion you do).

Every team has a salary cap of $26, which expands to $32 during the season (to cover taking on more salary via trades, injury replacements and so forth).  Players are acquired via an auction held once a year before the season begins.  Our minimum bid is a dime, so you can bid $1.20 or $1.30 for a player, but not $1.25.  The whole room can bid on a player, but once you drop out of the bidding, you're out for good.  Eventually it'll come down to two owners bidding on the player, trying to find out who blinks, who's willing to spend that extra dime... or more.  If your bid is the winner, his salary is removed from the $26 you have to work with, and the auction continues with another player.

The skill of this game is judging talent, and getting the best value for the money.  Carlos Marmol is an example of a high-risk, high-reward sort of player.  He's a closer with the ability to strike out over 100 batters a year in 60 innings of work... we're talking historic K/9 inning numbers.  However, he also has the ability to walk everybody in the stadium, including the mascot, three hot dog vendors and the parking lot attendant.  It's always a coin-flip as to if he's good or not... when he's good, he's unstoppable, but when he's bad, he's legendarily bad.  Spending $3.40/year on him is a very bad decision... and indeed, $2.40/year is probably too much, which is why I threw him back into the auction this year.  It helped that I already had two other closers on my roster.

Of course, luck plays a huge part, baseball being what it is.  Marmol might turn out to have the best season a closer has ever had this year.  His talent level is up there where it COULD happen.  So do you bet on that, or go with someone safer?  I got him back in the auction today for $2.00, which is a roll of the dice.  He could be worth that, or he could be the worst $2.00 I've ever spent... and I'll spend all season wondering which it'll end up being.  Isn't fantasy baseball fun?

Arguably, the best part of the year is the auction itself.  The owners for all 11 teams gather in one room and have at it.  Many of us have been in the league since its inception: Andy, Charlie, Reed, myself (though I did miss a year when I was in grad school), but the rest have been in it for five years or more (except for Bill, who has come back to us after a few years away, and even he had been in the league for a while when he left).  Like poker, the auction is all about personalities and "tells."  Everybody has their own tics and foibles... Andy and his co-owner son, for example, can be counted on to overspend on Milwaukee Brewers or to get Brewers players that nobody else would even consider owning.  Reed is a calculating robot of an owner... with a soft spot for Atlanta Braves.  I've got three habits: I usually go out of my way to get Minnesota Twins players if they come over to the NL, I'm more knowledgeable about players from the Japanese Leagues than the rest of the owners combined (so if I'm bidding on him, the others pay close attention), and if I'm bidding on a player that I really want, my bids come immediately.  No hemming and hawing, no reluctance whatsoever, no pauses.  I suppose if a Japanese Minnesota Twins player came to the Cubs, I'd be doomed.

Like in poker, the key is to disguise or hide your "tells" as much as possible.  Ignore the ex-Twins, talk up the bad Japanese players, that sort of thing.  I'll never be able to get rid of the machine-gun bidding, though.  In today's auction, I did it, I knew I was doing it... and it didn't matter.  Probably cost me a couple of dimes in salary, but cest la vie.

Knowing the players in the National League is imperative.  You have to know who the long relievers int he back of the bullpens are, and what they can do, when you go into the auction, otherwise you might miss some gem... or even just the "least worst" option.  When it gets down towards the end of the auction, that's usually what you're looking at: the guy who will hurt your team the least.  Which fourth outfielder will steal more bases?  Which fifth starter get shellacked the fewest times?  That's why I needed to spend so much time on research, and why I was feeling wholly unprepared when I walked into the Carpenter's Union Hall today at 845am... I did almost no research whatsoever, a far cry from the days when I could tell you the names of everybody on every 25-man roster in the NL.

I had one thing going for me, however... I had more money to spend than anybody else.  If I played it right, I wouldn't have to care about the endgame, I could fill my roster with people I knew before we got into the dark depths of the benchwarmers and roster-fillers.  After waiting out the initial spending frenzy that always occurs when everybody is flush with cash, I put my plans into action.

Much to my surprise, it worked.  Oh, my pitching staff has a couple of questionmarks on it, but for the most part, I'm fairly happy with my team.  Which is a bad sign; usually it's the rosters I'm happy with that bite the rosin bag.  The teams I think are bad out of the gate have often done well.  Either way, I don't think there's a third Championship trophy in the Generics' future this year... but we'll see.  That's why they play the season.

Probably my favorite Peanuts comic ever...

1 So you guys are limited to players from the National League? Good choice! (I hate the DH rule!)

2 We do have a sister league that's AL-only, which is useful... when there are interleague trades, we use the salaries the player had over there.  About half of the owners in my league are also in the AL one, too.

There's also the idiot cousin version, where you have 11 or 12 teams, but use BOTH leagues.  For anybody who knows the difference between a walk and a home run, it's too easy.  EVERYBODY has two closers, and sometimes three (in my league, I'm the only team with three closers, and there are a few with only one stopper)... and nobody has a setup guy on the roster.  Everybody has two starting catchers, everybody has superstars in the outfield, yadda yadda yadda... that's just boring.