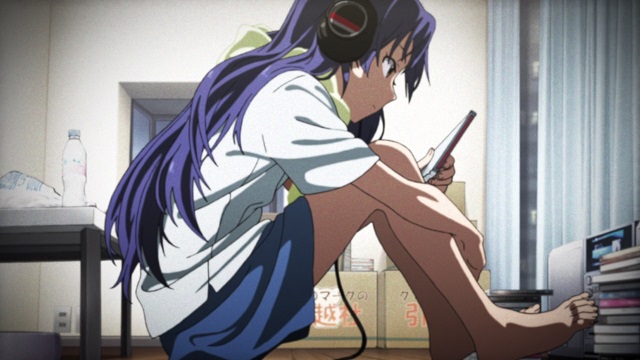 Let's have a listen, won't you?
Bloodywood - Ari Ari
This little gem fell in my lap while I was being horrified by the remix versions of Malhari that were out there... I really don't recommend looking any up.  Seems it's a cover of a similarly-named track from 2007 by a group I had heard of before, Bombay Rockers.  The original isn't all that great, but this one I really kinda like.  Bloodywood's other stuff, maybe not that great, but they punched all the right buttons on this one.
Pomplamoose - Seven Sweet Nation Dreams
Remember Pomplamoose?  Hailing from the deeply alien California, about a decade ago they made a ripple in the music scene due to their appearance in a handful of twee little Christmas Hyundai commercials.  They were "big" for about a year, then more or less disappeared. In retrospect their arrival may have been the herald for the incoming Hipster Scene to the US at large, but at the time it was cute.  Turns out they're still a thing, and still recording, and sounding pretty darn good too.  She's still pretty cute, too.
Platina Jazz - Hare Hare Yukai
Okay, so a Swedish EDM DJ named Rasmus Faber signed a record contract with Victor Entertainment in Japan to release his stuff.  He formed a friendship with one of the AOR guys over anime, and decided to record jazz versions of anime songs.  So the band is made up of Swedes playing Japanese tunes in an American music style... let nobody tell you the future isn't here now.  They've done a lot of this stuff apparently, so look 'em up, you'll likely find something you know really well done not the way you know it.
Heilung - Alfadhirhaiti
"Everybody gangsta until the forest starts chanting in proto-Germanic." - favorite yootoob comment.  Stuff gets real around the 2:50 mark, and anybody with the blood of a Roman Legionary in their lineage has suddenly started getting very nervous indeed.
Ningen Isu - The Colour Out Of Space
I was introduced to these guys while watching a BoTime! livestream; someone in chat mentioned a band of "Japanese grandpas" playing heavy metal.  Turns out they've been recording since 1990 and a lot of their stuff is based on HP Lovecraft (for example, this song) or Japanese mythology.  Further, they apparently sing in a rather formal version of Japanese, to make it sound even more odd.  There are subtitles, too! Helluva thing, this yootoob stuff.
The SIDH - Iridium
So.  You take an Italian EDM group, drop an Irish bagpiper alongside, and you get... EBPM? Sure, except when they're doing bagpipe-infused metal.  Lets face it, you either like bagpipe music or you don't, and if you don't you're not ever going to like it.  Kinda like brussel sprouts.  I'm on record as liking pipes.  Let's change the topic, huh?  Here's something normal for you.
Too Many Zooz - Bedford
I found the transcription notes funny.
Okay, that's enough music for one post.  Enjoy!